Critically ill children and their families who have travelled to Auckland for specialist treatment at Starship Hospital are dealing with added stress due to Covid-19 restrictions. 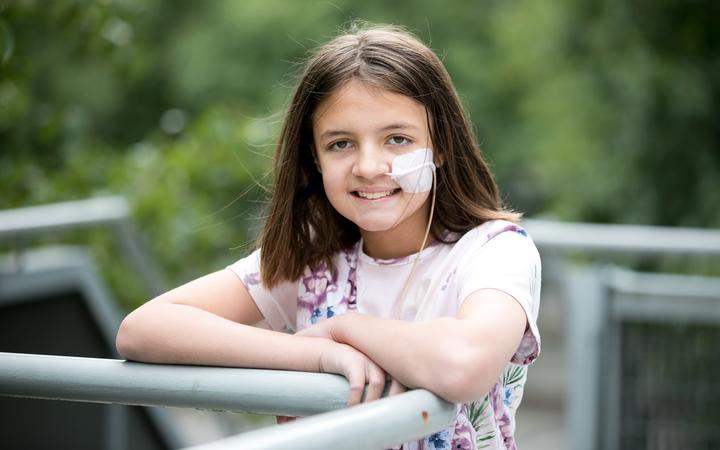 Tiff McLeod's daughter Eva, 14, is now home after finally having major spinal surgery at Starship Children’s Hospital after it was delayed several times due to the pandemic. Photo: Supplied

Fourteen-year-old Eva is no stranger to Starship, having spent the first six years of her life living in the hospital.

Her mother, Tiff McLeod, said her current admission had been gruelling for different reasons - due to the extra Covid-19 restrictions.

"It's literally exhausting just trying to get to your child at times. When before, nothing could stop you - you could just go through the door and get up there."

Eva was born with a massive hole in her diaphragm, which meant her internal organs had pushed into her chest cavity and prevented her lungs from developing properly.

Her latest surgery was to fix the 75-degree curvature of her spine, which was threatening to crush her internal organs.

It was originally booked for the beginning of last year, but was cancelled several times during the pandemic.

McLeod is grateful Eva was finally able to have her operation last month under alert level 3, not level 4, which would have meant she would have been completely alone and unable to tag out with her husband, who was caring for three other children.

"We feel lucky because Eva will walk out of here.

"But there's kids who probably won't walk out of here, who don't get to have their families around them, just their two parents or two caregivers or two nominated people ... and that's awful.

"It's pretty hard doing this on your own without your support network around you."

Clinical staff were going "above and beyond" to support families, she said.

"The nurses have been incredible. They're working in stressful times waiting for their whole world to collapse.

"They're working under tighter restrictions, they're constantly in PPE, they're working hundreds of hours and they are just so supportive and so kind."

Ronald McDonald House Charities provides accommodation and wrap-around support for families with sick kids who have to travel to Christchurch, Wellington or Auckland.

Chief executive Wayne Howett said the extended lockdown in Tāmaki Makaurau had created some major logistical challenges for the organisation.

"Families don't stop arriving just because there's a lockdown situation, and these families tend to be the most critical ones.

"But because of the way the bubble works, we can't bring those families to stay in the houses we have in Auckland, so we off-site those families."

The 13 rooms for families inside Starship have been off-limits under lockdown. 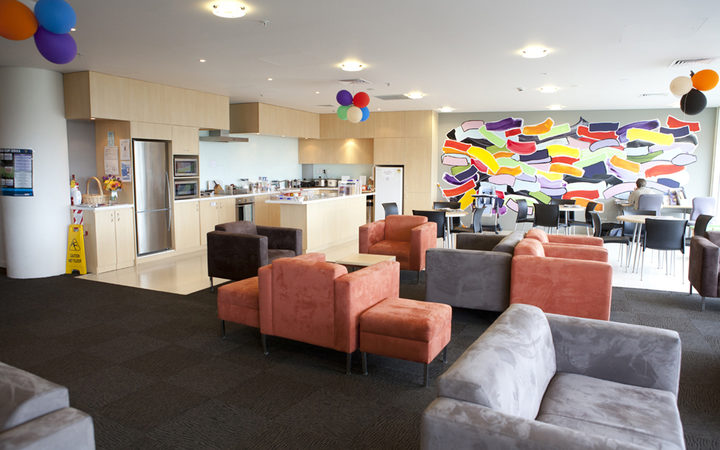 Ronald McDonald's two Auckland houses - with 85 rooms - currently house just six families, while more than 60 families are being accommodated in motels and hotels with meals delivered to them.

"We have been recognised as an essential service and yet we don't get any extra funding attached for that, and right now, costs are going through the roof," Howett said.

The charity has also had to cancel many of its usual fundraising activities due to Covid-19 restrictions.

Starship paediatric surgeon Neil Price said the restrictions, necessary to keep the hospital functioning, were stressful on staff, patients and their families.

However, he was also worried about the children they were not seeing.

These included children with stoma after bowel reconstructions, whose parents were left dealing with colostomy bags in the community, and baby boys with undescended testes, who ideally should be operated on before the age of one.

"Once things open up again, we're going to have a backlog to do. And some things will become urgent only because they've waited so long that we really want to get things sorted for that individual so it's all done."

But this was going to be difficult, he warned, because even before Covid-19, the health system was stretched.

"We see that all the time."

Paediatrician Renee Liang, who works in rural Northland, said children there have been missing out on basic services "for decades" - and that was only getting worse under the pandemic.

"Every time you move staff into an area that's sorely needed, those people are being taken away from the jobs they normally do.

"And that's coming against a background of they didn't have enough resource and enough people to do that job in the first place."

For instance in Northland, community nurses doing critical work with children with special needs had been shifted to the Covid-19 response, which meant some children could not attend school and their parents were unable to work.

"You know that person who's on the ridge going 'The tsunami is coming' and there's all these people having picnics on the beach? That's what it feels like right now," Dr Liang said.

"The crazy thing is, all the other beaches have been hit by the tsunami already.

She said she felt dispirited when she looked at the modelling.

"But then I talk with my patients and their families and feel more optimistic that we will get to 90 percent vaccination and beyond and we won't see the health system overwhelmed and lots of people get sick, we won't see the deaths.

"Many of my patients are under 12 and many others have compromised immunity, which mean that even though they are vaccinated, they need people around them to be vaccinated to keep them safe."