Wellington Hospital has more than 20 babies in its children's ward, many on oxygen, as the spread of the potentially deadly RSV virus escalates. 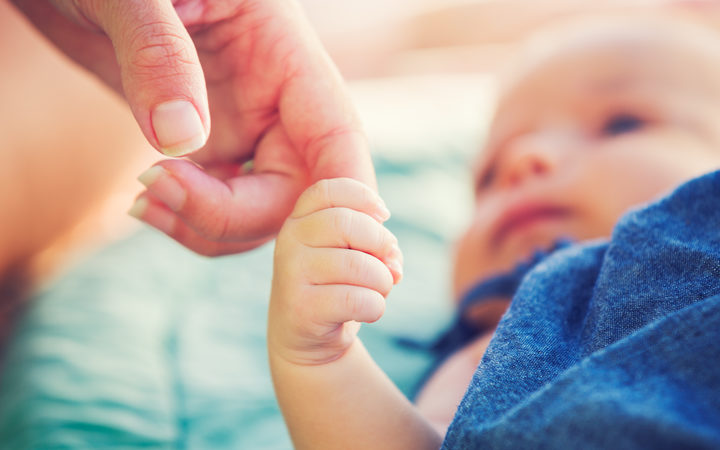 Babies are finding it difficult to breathe once they have the illness, a doctor says. (File pic) Photo: 123RF

There is a warning the flu-like disease has yet to peak, with hospitals all over the country flooded with a sudden spike in cases.

The clinical leader of Wellington hospital's child health service, Andrew Marshall, said it has an entire ward dedicated to babies with the virus, many of them very sick.

"They are breathing very fast, finding it very difficult to breathe, and it's very distressing, lots of coughing, he said.

"They can't breastfeed because they're too breathless."

Most had to be fed their milk through a nasal tube, and many were on oxygen, he said.

Though preschoolers also caught the disease, it was babies who tended to be worst affected and, in the most serious cases, the virus could be fatal.

"It's certainly a very severe illness. As you can imagine it looks horrible, seeing a baby coughing and coughing and a baby that can't catch their breath and so its very distressing for parents," Dr Marshall said.

The ward had been full for most of the past two weeks, he said.

That was the situation around most of the rest of the country, with the virus adding to already busy children's and newborn units.

Christchurch Hospital has had an average of 56 babies in its neonatal intensive care, far higher than its planned maximum of 44.

Its chief of child health, Clare Doocey said the hospital had been very stretched at times, with staff taking on extra shifts to help out.

Marshall said the surge this winter was probably because there was very little RSV last winter.

That meant there were more children without immunity this year, catching it for the first time.

The disease often spread in daycares where children brought it home to their vulnerable baby brother and sisters.

Much like Covid-19, simple precautions like social distancing, hand washing and keeping sick children home from daycare or kindy could help to limit the spread, he said.

He hoped the upcoming school holidays would help to slow the virus in the community.