Starship says a $25 million funding boost was urgently needed for the children's hospital. 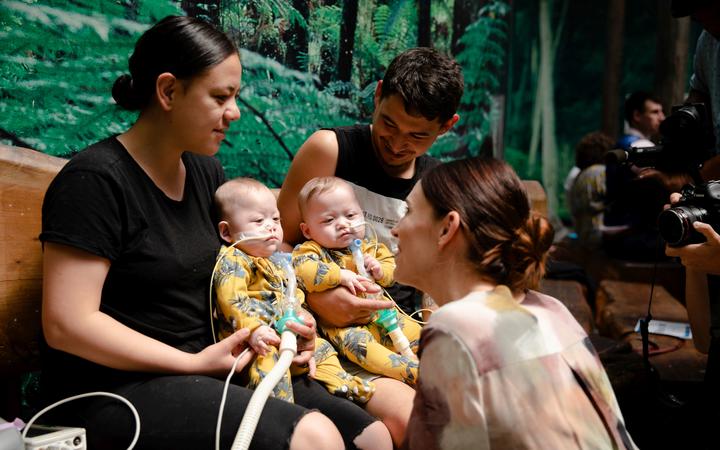 The money - which is a part of the government's $12 billion infrastructure spend - is earmarked for a bed expansion project in the hospital's Paediatric Intensive Care Unit.

Speaking at the announcement with Prime Minister Jacinda Ardern this afternoon, Starship Hospital director Dr Mike Shepherd said the money would improve the health outcomes of all children patients.

"We've spent the last year or two really struggling with capacity. Obviously, our clinicians and our people do a fabulous job managing that but I think it is urgent and it's fantastic timing from our perspective."

"It saves lives, ultimately. I think what we're doing is finding and assisting children from all around New Zealand with the most serious illnesses and injuries.

"Some of them, unfortunately, need to come to this facility and when they get here we want to be able to make sure we deliver timely and world-class care."

"So if Starship have emergency care that's required and they don't have the capacity that means those children may have their operations postponed.

"Providing that extra capacity means hopefully that we see less disruption to those other children who are in need of operations."

Shepherd said with a growing population and growing technologies it was essential Starship Hospital continued to upgrade its health care.

"We're very cognisant of the fact that there's an enormous amount of money already spent on health. We need to make sure we look after those dollars very carefully."