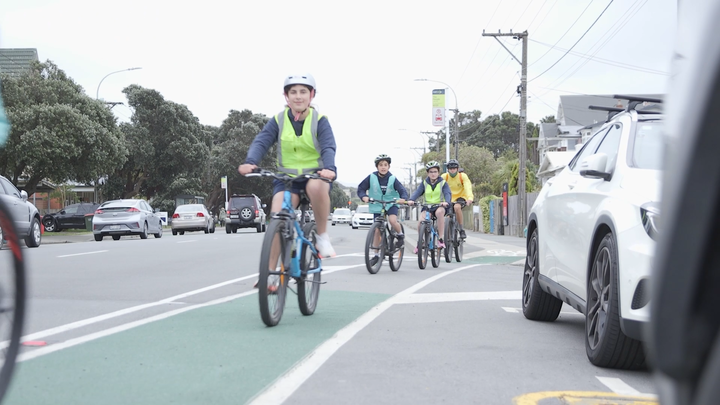 The 1.7km cycleway has been contentious in its existence, and changed plans, since it was initially developed in 2016.

Earlier this year, the Council brought forward a budget of up to $14 million to fix The Parade's cycleway.

As little as $2 million could be spent on cycleway improvements as the Council is tossing up a cheaper, but quicker solution to cycleway safety in the area.

The cheaper option, which is estimated to cost between $2 million to $3 million, would resurface about half of the road without any widening or kerb development.

It would be rolled out and completed by early next year.

The second option, at $14 million, would resurface all the road, widen it, move kerbsides and introduce new drainage systems.

It would also raise the intersection platforms for pedestrians, and would take up to 24 months to be completed.

Both options will remove car parks. The cheaper option will only remove 60-80 along The Parade, whereas the long-term plan will cut up to 100.

Southern Ward councillor and Island Bay local, Fleur Fitzsimons, was not impressed with the two options.

"It's unbelievable that we're now making the 13th decision on the future of the Island Bay cycleway. This cycleway has given all cycleways around New Zealand a bad name" she said.

Fitzsimons said the removal of the parks, which included residential spots, without mitigation options will not go down well with Island Bay locals.

Cycling Advocates Network spokesperson, Patrick Morgan says that should not be an issue.

"This is not about resident's parking. We need to get on and fix Island Bay now. The Council has had the safety report in front of them for four years - they've failed to address it. That's not nearly good enough. People on bikes deserve and need protection" he said.

Councillor Iona Pannett says if the cheaper option is chosen, the remainder of the $14 million would still be used for future plans for Island Bay, such as mass rapid transport options being floated in Let's Get Wellington Moving.

Three of the four options laid out in this week's Let's Get Wellington Moving announcement include light rail along the same street.

The other option would see mass rapid bus transport, which would also require infrastructure for the road.

Those options would not be rolled out for some years.

Next Wednesday councillors will make decide which plan to adopt at the Planning and Environment Committee.