Hundreds of car parks across Auckland could be removed to pave the way for bus lanes and cycleways. 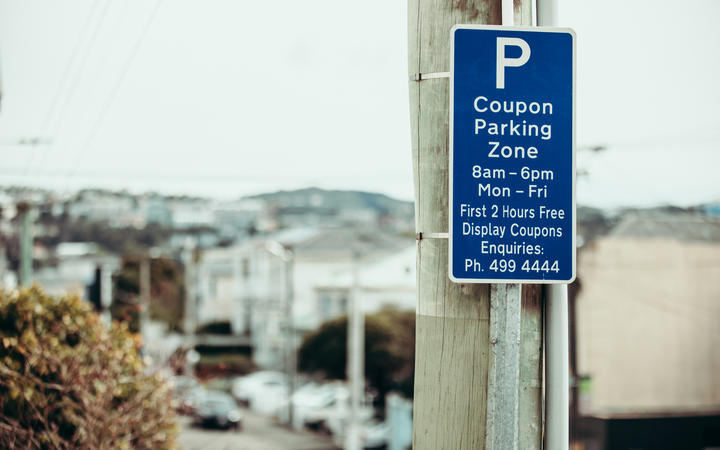 If adopted, the strategy will be rolled out mostly in the city centre and metro areas close to rapid transport networks and main arterial routes. Photo: RNZ /Dom Thomas

Today, Auckland Council's planning committee is voting on Auckland Transport's new strategy, which could remove parking spots on main arterial routes and in some parts of the city as a way of curbing diesel and petrol car use.

The supercity has agreed to cut emissions by 50 percent by 2030 - yet emissions are currently forecast to increase with car trips playing a part.

If adopted, the strategy would be rolled out most vigorously in the city centre and metro areas close to rapid transport networks and main arterial routes, including the CBD, Newmarket, Takapuna, Albany, New Lynn, Henderson, Sylvia Park, and Manukau.

Aucklanders could no longer count on being able to store their car using on-street parking either.

Public transport advocate Matt Lowrie welcomed the change, saying more people needed to jump on the bus and reach for their car keys less in order to cut down emissions.

"Making these changes would help enable cycleways to be delivered, and buses to run more frequently, so people can chose an alternative [to cars] as a viable option."

"Unfortunately, we don't have the luxury of free parking and multiple storey car parks that the shopping malls do - we're competing on that. Removing parking is just going to kill businesses in those areas."

Holmes, who was also on the Hibiscus and Bays Local Board, was concerned changes under the plan would not require local sign-off, with no obligation to provide replacement parking elsewhere.

Auckland resident Abhi Kumar gave the idea a thumbs down when he spoke to RNZ on Dominion Road.

"I think it's a terrible idea. The infrastructure for public transport isn't good enough to do that. There's already nowhere to park, businesses are suffering because of that ... I think there needs to be other incentives to minimise traffic."

Meanwhile, Aucklander Annie Mein supported the parking strategy, saying it was time for people to jump on their bikes or the bus.

"We need to get over our use of cars ... those metal boxes have had their day."

Auckland Council's planning committee will vote on the proposal today.

If approved, the strategy will go out for public consultation next year.