Cashless parking meters will start springing up around the capital from today in an effort to combat theft and vandalism. 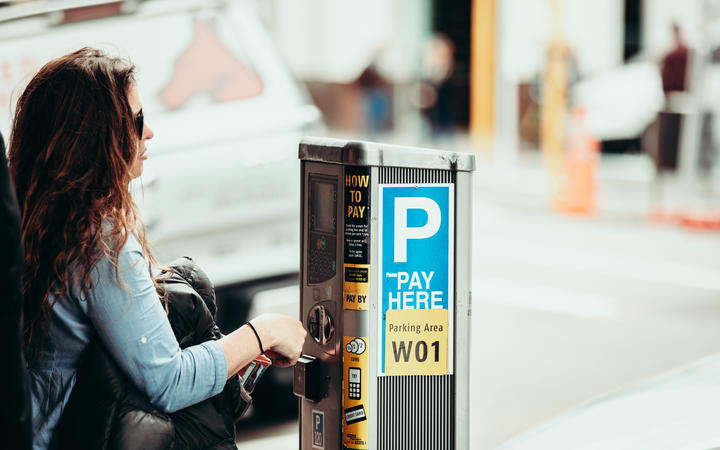 Wellington City Council is installing a handful of the meters as part of a five-month trial, and from July, people will no longer be able to pay for parking via text, leaving just one app that commuters can use to find spaces and pay with a credit card.

The cashless parking meters will be paperless - with people able to claim a receipt by scanning a QR code with their phone - and similar to machines being used in other cities already, including Auckland and Christchurch.

The option to pay via text message will end on 1 July, but people with smartphones will still be able pay with an app called PayMyPark.

Wellington City Council spokesperson Richard MacLean said about half of people parking in the city were using it as their preferred option.

He said thieves were unlikely to steal a large amount from the meters, but repairing them was costly: One act of vandalism in 2018 cost the council $28,000.

"We've had a fairly frequent run of thefts in quiet streets of Wellington mainly streets that have fairly low traffic volumes and pedestrian volumes in the middle of the night that have been targeted over the past couple of years, so we're just randomly putting them around town.

Auckland tech commentator and futurist Paul Swain said many people did not like the idea of all their parking transactions being stored digitally, and found cash a more convenient way to pay.

"That's the risk when we move to cashless systems is impacting those people who like to carry a few coins around and actually that's part of how they control and manage their money."

He said digital transactions were the way of the future.

"I think really this is part of a move that we'll continue to see to ... more robotic and automated systems."

Wellington is expected to undertake a full consultation on how parking is managed in the city.