Imagine being able to nip into a pharmacy, have a two-minute test and just 15 minutes later know how protected you are against Covid-19.

That's what New Zealand-based biotech Orbis hopes to make available in the not too distant future. 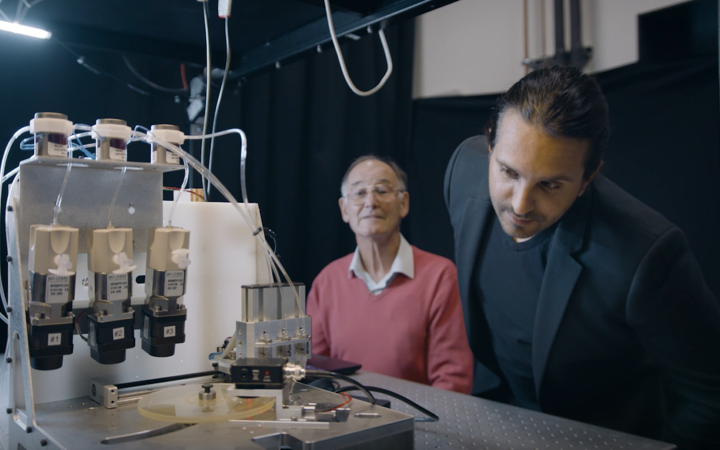 It's developed a "lab in a box" called the Arca, which has yielded very positive results in preliminary trials, both in terms of accuracy and how easy it is to use.

Orbis hopes to eventually rollout the device to pharmacies, airports and workplaces around the world so people can easily find out how protected they are against the virus.

And as the national conversation turns in earnest to Covid booster shots, the company believes it could help determine who needs a third dose of the vaccine.

We wanted to see how it works, and they agreed to test me and my colleague Ella Stewart.

We headed to a GP clinic in Auckland's Papatoetoe, where Dr Api Talemaitoga and his team took blood samples with a finger prick device like those used in diabetes tests.

I had my second shot of Pfizer on 6 October, a little over three weeks before I had the Orbis test. So, in theory, I should be at just about peak protection against Covid right now. 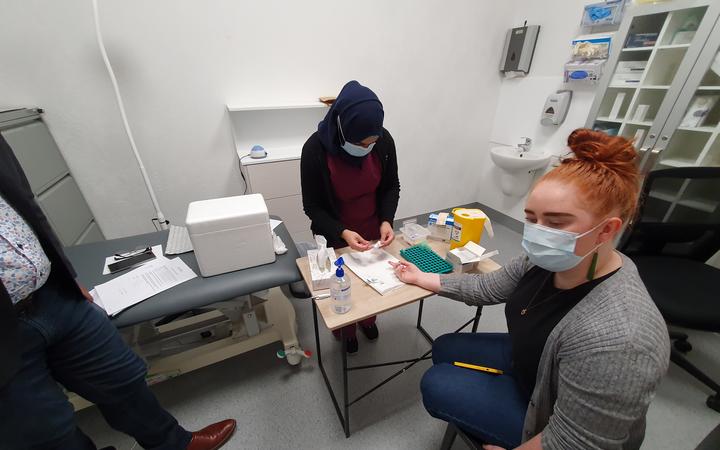 RNZ reporter Ella Stewart's blood is taken to be tested to check how protected she is from Covid-19 Photo: RNZ/ Matthew Theunissen

Ella lives with a front-line worker so was vaccinated early on in the rollout, about five and a half months ago, so her immunity could be starting to wane.

"The evidence from overseas is that it's about six months that it begins to wane and, as you'd know, Israel and the UK are beginning to offer boosters," Dr Talemaitoga said.

The team then ran our blood samples to their lab in Penrose and fed them through the Arca machine.

It's a fully automated process and before we could say "immunoglobulin", Talemaitoga called with the results.

"It's with great pleasure that I tell you that your result shows you've got a high immune response," he said.

"It goes along with you having had your second jab in early October. So as you know, the literature says that it's two weeks after the second jab when you get that maximum immune response."

"A medium response is still good, but it … would make sense that if she gets tested again in a few months, if it's beginning to go into 'low', it will hopefully be a recommendation for her to get a booster shot, which is what we have seen overseas." 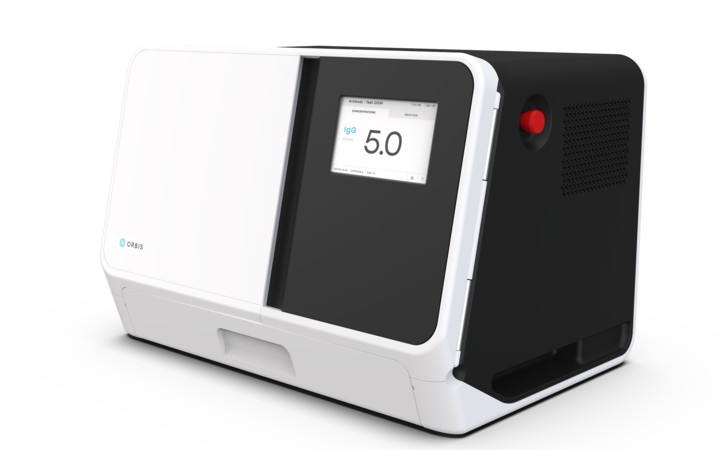 What it's anticipated the Orbis Arca will look like once fully developed Photo: SUPPLIED/ Orbis Diagnostics

University of Auckland chemistry professor David Williams is one of the scientific founders of Orbis.

He came up with the idea for the device while thinking about, of all things, cow sheds.

"I learned about this technology in Ireland - I was doing a fellowship over there - and thinking, you know, you could measure all sorts of stuff you wanted to know about your cows.

"This kind of technology looked like it could do accurate measurements and it could do them quickly 'cause, you know, in a cow shed you've got something like seven minutes that each cow's in the milking bail and you want the results straight away."

He believes it could be a hugely useful tool in the fight against Covid-19.

"If you're going travelling, you want to perhaps assess for yourself your risk in relation to where you're going so ... [it] measures your antibodies and there's an estimate of your risk of catching Covid. I think that empowers people.

"Other things like corporate situations or workers at the border. The test is so easy - you could do it every month."

Orbis has garnered interest from around the world, and Professor Williams hopes it can start manufacturing devices at scale by the end of the year.

The company is also working with Sir Ian Taylor, who is this afternoon embarking on one of the first quarantine-free trips overseas since the start of the pandemic. 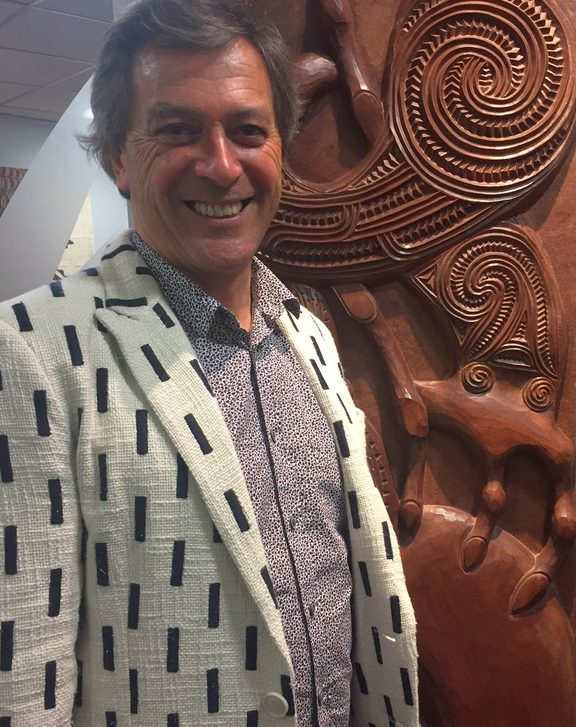 The Orbis device is among a suite of technologies that he will be testing during his trip, which will see him self-isolating for two weeks when he returns from Los Angeles.

"What's become really clear is that there is a set time frame to the effectiveness of the vaccines. You know, already we've got people who may have had them for six months or more, and they've got no idea what the effectiveness is," he said.

"So there's two things: one it tells you you've had the vaccine, but I think increasingly now people are going to want to know how effective it is in their system."

He sees the Orbis test becoming available in pharmacies everywhere.

"You know, if you're a little bit anxious, if you've had your vaccine for a while, you just pop in, take a test and it tells you, 'yep, you're still good' or 'no, you need to get a booster.

"I think this is one of the most important tests the government should be looking at."

The company has just completed a trial with Air New Zealand staff to assess whether they may be in need of booster jabs.

The results of that are expected to be released in a week or two.