New Zealand has passed a marker on the way to vaccinating the full eligible population, with significant numbers reached for the entire country and for Auckland. 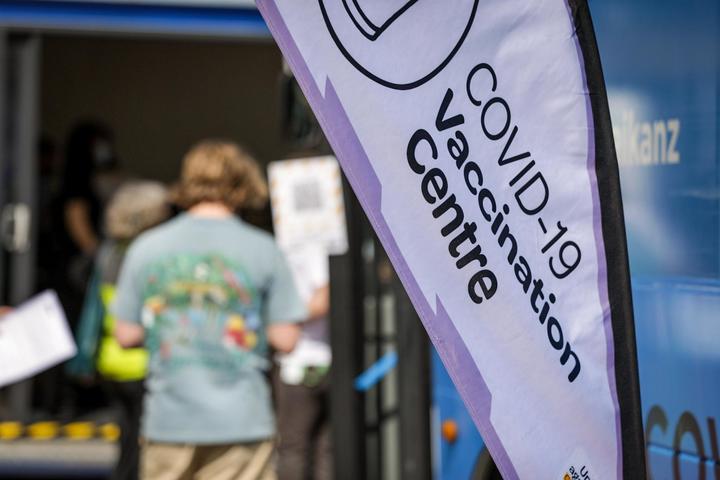 The Ministry of Health noted the two "vaccination milestones" were passed yesterday, in an update statement this afternoon.

Throughout the country, 75 percent of those who are eligible to be vaccinated have now had both injections and are fully vaccinated.

In total, 6.8 million vaccines have been delivered, including 3.1 million second doses.

In Auckland, 80 percent of those eligible have now had both doses, or 1.1 million people.

Vaccination teams delivered slightly more than 42,600 immunisations throughout the country yesterday to meet those milestones, with more than 13,400 given in Auckland.

In Canterbury, vaccination numbers were high yesterday, following recent cases in the region. More than 9000 vaccines were given there, about a fifth of the day's national tally.

The Ministry of Health reported 143 new community cases of Covid-19 today; 135 in Auckland, 6 in Waikato, 2 in Northland, and none in Canterbury.

As well as getting vaccinated, everyone is urged to check the Ministry's locations of interest contact tracing website regularly, and to get tested if they have any symptoms.

The Ministry said even fully vaccinated people should get tested if they had symptoms.

London Metropolitan University professor of immunology Gary McLean told RNZ that a recent Lancet study had confirmed that Covid-19 vaccinations reduce the amount of transmission of the Covid-19 virus in the community.

If they contract Covid-19, "People who are vaccinated, compared with unvaccinated, still have the same amount of virus that they can pass on to others - but of course the numbers of infections in vaccinated people is lower.

"So therefore the ... chances of transmission are also reduced."

The vaccines have been proven to be very effective to reducing disease severity in those who did get sick, he said.

A community housing agency has called on the government to make vaccines mandatory for those working in their sector.

The workers were often in the same "close quarters, as a hairdresser or a nurse", and some organisations who employed health and disability workers had some staff mandated and others not, but those staff still needed to "mingle" and work together. Mandating the vaccinations would give the organisations and staff more certainty, she said.