An Iwi in the Bay of Plenty town of Maketū is developing their own climate strategies as the area's landscape comes under threat. 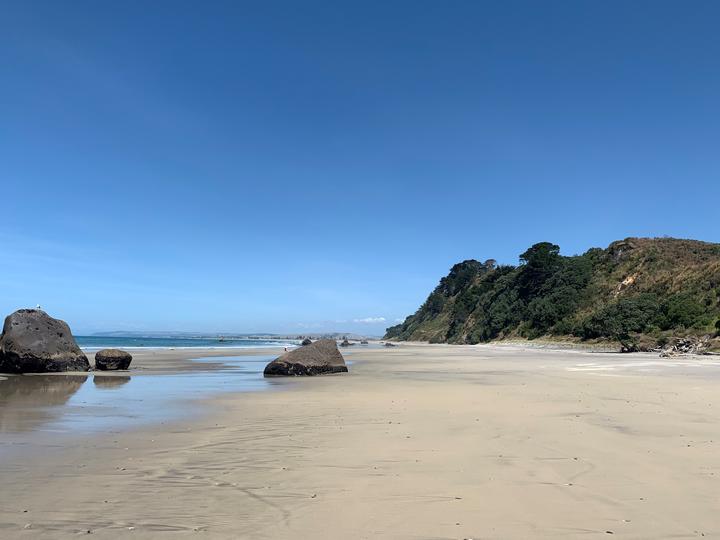 Maketū, a spit that sticks out like a nose into the Bay of Plenty, is where Tama-te-kapua's waka nudged into the white sand, his descendants fanning inland to form the iwi, Te Arawa.

The town, with its iconic fish and chip shop and pie factory, is nestled between the Kaituna estuary and the rolling ocean, its waves nibbling into the white cliffs of Okurei hill.

Moerangi Potiki is the chair of te Runanga o Ngāti Whakaue ki Maketū. She grew up there, gathering pipi at the estuary, watching out into the crystal blue bay and fishing off the sandy dunes nearby.

She said the town is particularly vulnerable to climate change.

"The waters have come up towards Okurei where the seaside shop is, the surf club. All that's eroding," she said. "That's the ocean, we can't control that."

In just the past few years, Maketū has seen coastal flooding - including near the town's marae - and two years ago, the large swells exposed a clifftop urupā at Okurei, and bones tumbled to the beach below. 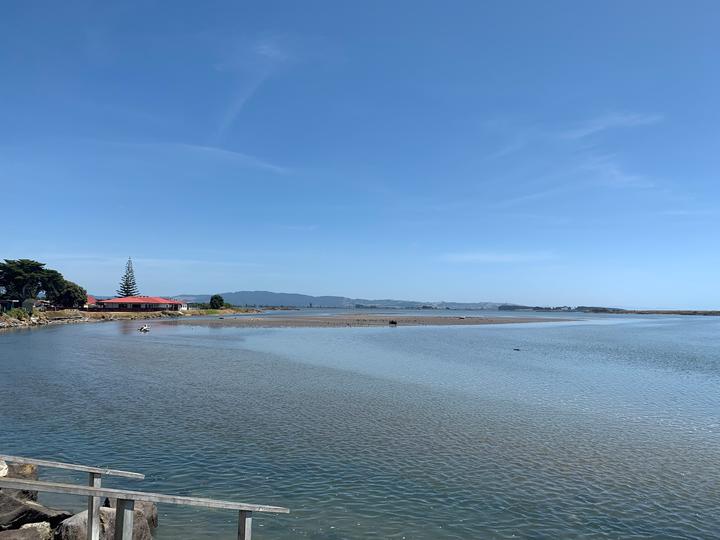 Potiki said the climate threat to Maketū was a threat to the intrinsic ties many Te Arawa whānau had.

"When people impact on those, you're actually impacting on us in more ways than they even consider even let alone understand."

Iwi are increasingly taking stock of the impact climate change will have on customary and cultural practice, and the intrinsic ties with elements that are a growing threat.

And with global leaders set to convene for a major climate summit in Glasgow next week, they said it is a vital perspective that is missing both here and abroad.

Te Arawa is one of a growing number of iwi developing their own climate strategies.

The head of Te Arawa Climate Change Working Group, Lani Kereopa, said it was the result of increasing unease among whānau all the way from Maketū, across the Rotorua lakes, down to Tongariro.

"The thing with our marae is the majority of them were built right beside our rivers, right beside the oceans because [of] the resources, the kaimoana," she said.

"So that's the heart of our cultural infrastructure that are really at risk and that's why we need to start having the conversations."

Kereopa said Te Arawa was now looking at how it uses its land, spends its funds and allocates its resources.

Shaun Awatere is a researcher for Manaaki Whenua, Landcare Research, and one of the authors of a new report released last week. It synthesised climate research - including the big IPCC reports which inform global policy - through a Māori lens.

Dr Awatere said declines in species like pipi and kōura will affect customary practice; marae and papakainga may be lost or relocated; and biodivdersity changes could affect identity and practice. But it also would have significant impacts for the Māori economy, land and fishing resources.

"What we were able to is kind of bring in more of a holistic approach that includes social elements, cultural elements," he said.

"So for example, look at fishing in terms of the wellbeing that whānau, hapū may be able to achieve from going out and doing customary fishing and also the manaakitanga that is enabled when they carry out that activity."

But there were also confronting effects right down to the maramataka, the Māori lunar calendar.

"What we're seeing is that as our climate changes, the times of the year when pollination occurs or when fish are migrating are changing as well, and so maramataka has had to adapt."

Dr Awatere said these effects are largely missing from the current discourse, and this country needs to do better at incorporating it into policy.

That is a criticism heard around the world, with crucial UN climate talks taking place in Scotland next week.

Previous COP summits have been panned for the lack of indigenous voices, who have been saying what's been needed for years.

Far from Glasgow, it's something Moerangi Potiki has seen in Maketū too.

"We have had a discussion with people in the climate change space, you know they have spoken to us about the changes that have happened," she recalled.

"And it's like, no disrespect, we know what the changes are you don't need to say to us. We actually even have the answers if people stop to think about it."