An Eastern Bay of Plenty Māori health provider is planning to boost abysmal vaccination rates in the region by setting up camp and going door-to-door in rural and remote communities offering the jab. 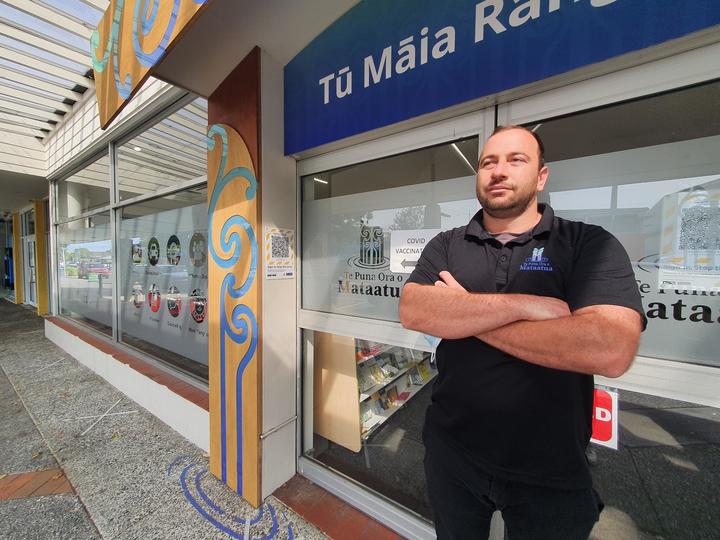 According to Ministry of Health data, 82 percent of the eligible population has had a single dose and 63 percent two doses in the Bay of Plenty District Health Board area.

But in the Eastern Bay, where the population is predominantly Māori, vaccination rates are much lower across whole swaths of the region. In isolated towns such as Murupara, Waimana, Ruatoki, and Galatea, less than 60 percent of the community have had one jab and less than 40 percent of people are fully immunised.

In response to the low vaccination rates, Whakatane-based Māori health provider Te Puna Ora o Mataatua was set to send six teams of health workers into the Bay's more remote communities for a week at a time over the next two months.

Te Puna Ora o Mataatua chief operating officer Lee Colquhoun said the teams would set up vaccination stations at marae and rugby clubs, offer prizes and giveaways at local events and then go door-to-door to ensure everyone had the chance to be immunised.

"Park up in a cul-de-sac, put some tunes on and get some vouchers for local [shops]. We're giving back to the community but also making sure there's no barriers to getting the vaccination."

He hoped this would allow hesitant people to have a proper chat about the vaccination, go away and think about it, then choose to return to get immunised.

The teams would be operating at a variety of times, including early mornings, late nights and weekends.

Kawerau Mayor Malcolm Campbell said this time flexibility was vital for his town where many people worked shifts.

"Most of them are up and gone by 6am and not back until 6pm, so it can be quite hard for them to get jabbed."

In Kawerau, just 36 percent of the eligible population had one dose and 24 percent were fully jabbed.

Malcolm Campbell had a simple message for his community.

"Don't procrastinate - vaccinate! There's no mucking around. If this hits the Eastern Bay it will really put us on a backfoot."

The Bay of Plenty District Health Board's Rachel Shouler, who was leading the rollout of the vaccine in the Eastern Bay, said the DHB also operated outreach teams with a camper van that drove around to reach farmers, forestry workers and other isolated communities.

Shouler said these teams made two visits - one to provide information on the vaccine and answer any questions, then a return trip for a vaccination event at a sports club or community facility.

The DHB was working with iwi and gangs such as the Mongrel Mob to give all whānau access to the jab.