Aotearoa New Zealand is leading a world-first event at Expo 2020 Dubai to support the resurgence of Indigenous and tribal economies. 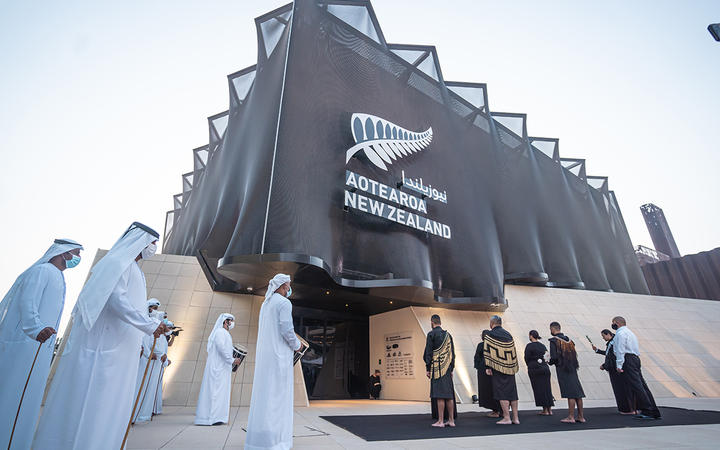 Emirati officials and Māori leaders met at dawn for a special dedication ceremony for Aotearoa New Zealand's pavilion at Expo 2020 Dubai on 30 September. Photo: Supplied / NZ at Expo via LDR

Māori leaders have partnered with the New Zealand government to develop Te Aratini, the first ever Festival of Indigenous and Tribal Ideas at a World Expo, set to run at Expo 2020 Dubai from 17-19 November 2021.

The initiative is being driven by the Iwi Chairs Forum, a coalition of independent iwi (tribal) chairs, supported by New Zealand at Expo, the Ministry of Foreign Affairs and Trade, New Zealand Trade and Enterprise and Te Puni Kōkiri. It is tagged as the flagship event for New Zealand's offering during the Expo 2020 Dubai "Tolerance & Inclusivity" theme week.

"The potential is to fast-track the development of a super-highway of trade among Indigenous peoples and tribal nations," Tomoana said.

"It is part of the evolution of what iwi Māori have been building for two decades: a cultural road to commerce with nations where there's strong cultural resonance, including South-East Asia and China, the Pacific islands, Australia, South and Central America, North America, Canada, Norway, Finland, Africa and others." 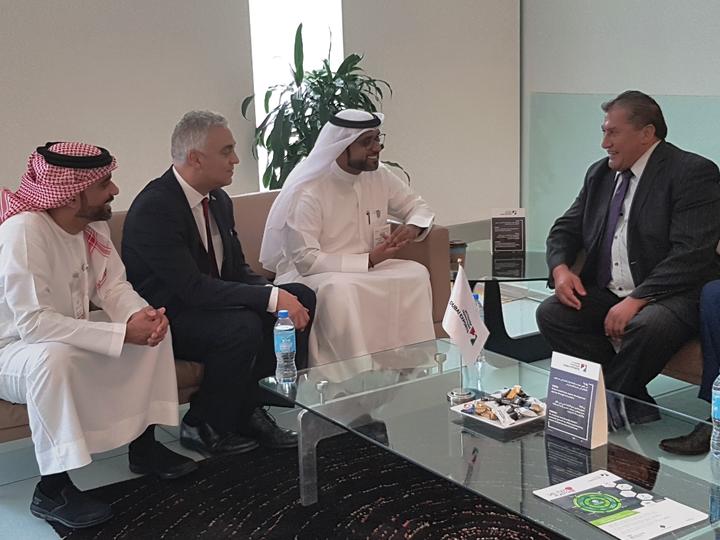 Te Aratini will collaborate with other participating nations including Australia, Canada, the United States, Malaysia, Paraguay, Panama and the United Arab Emirates.

A delegation of approximately 45 Māori and Pacific entrepreneurs, academics, scientists and policy representatives from Aotearoa will travel to Dubai for the three-day event.

Te Aratini's debut at Expo 2020 Dubai is the first time an Indigenous-led initiative has been recognised by the western world as a trading platform for tribal business, Tomoana said.

"The tribal trading posts of the Indigenous orbit are a legitimate part of the world's economic growth, and that doesn't have to be tied up with the usual sabre rattling of geo-politics and geo-commerce.

"That's because it's built on whanaungatanga and on our unique relationships with the earth and the environment." 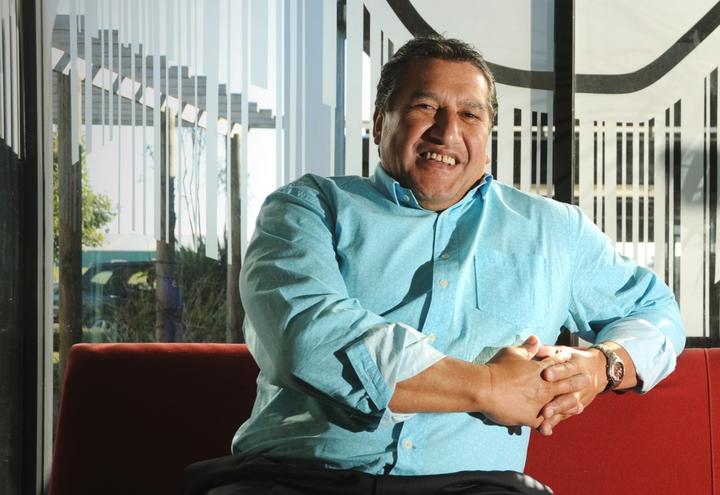 Indigenous values and principles are front and centre at the New Zealand Pavilion in Dubai.

The pavilion's visitor experience has been designed in partnership with the tribes and sub-tribes of the Whanganui River. At its heart is the story of the Whanganui River, Te Awa Tupua, including the Treaty claims that led to the river becoming the first in the world to gain legal rights of personhood in 2017. A small delegation from the Whanganui River tribes will support the hosting of Te Aratini. 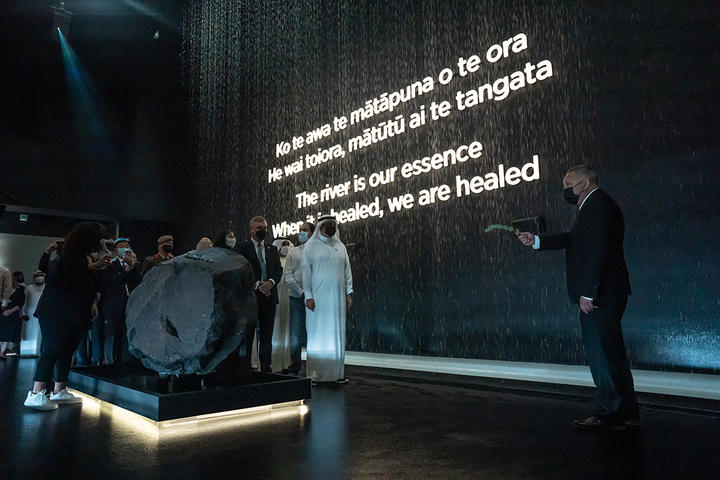 In China, early delegations of Māori business leaders were introduced by then Māori Affairs Minister Pita Sharples as long-lost relatives rather than importers bringing goods and services into a marketplace, Tomoana said.

"We were identified as kin in a longitudinal kinship. Culture counts when indigenous people talk trade. For us, forging international trading relationships is predicated on shared concepts such as reciprocity, conservation, and responsibility to our communities. It was only after recognising what we held in common that we started trading goods, products and services to China."

Tomoana said the Māori economy is escalating faster than New Zealand's overall economy, rocketing from $16.5 billion in 2006, to nearly $70b.

"Māori are now responsible for a large percentage of this country's primary production in dairy, kiwifruit, honey, sheep and beef, apples, forestry and seafood," Tomoana said.

"That leads us into technology and the digital world, where we can explore the options for expanding returns from the products of Papatūānuku [the earth mother].

"We want to present our taonga [treasures] to the world as more than just products - they come with a whakapapa [genealogy] and a whānau [family], and are part of the fabric of worldwide kinship."

The gathering would provide significant opportunities for those who attend, Tomoana said.

"We're expecting Te Aratini will be a crucible of opportunity, endeavour and initiative. We're over here looking for commercial opportunity. This is one of the more fertile avenues for trade in these times, and for working those cultural and commercial imperatives together."

The Iwi Chairs Forum views Te Aratini as a legacy event, with discussions already underway about the possibility of working with Japan's indigenous Ainu people at Expo 2025 Osaka Kansai.