The government is defending its decision to spend $53 million on a world expo in Dubai to promote New Zealand businesses. 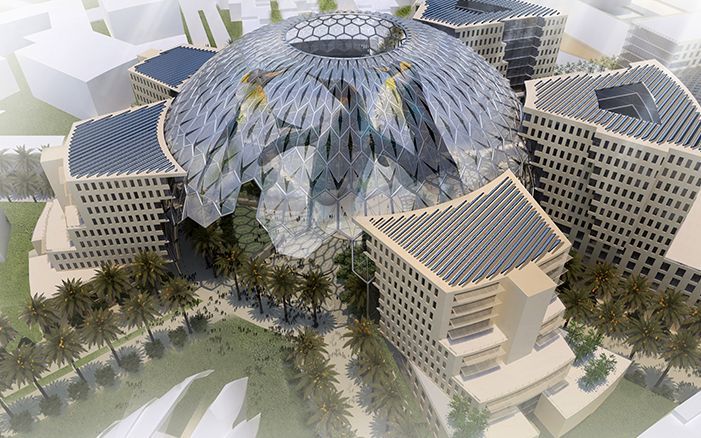 An artists impression of the Al Wasl Plaza being planned for Expo 2020 Dubai. Photo: Expo 2020

The six-month expo in Dubai in 2020 is expected to attract 25 million visitors from across Europe, the Middle East, North Africa and Asia.

But the ACT Party leader calls the decision wasteful and unfair corporate welfare.

New Zealand's last pavilion - at the Shanghai World Expo back in 2010 - cost taxpayers about $30 million.

He said the $53.3 million pavilion would allow New Zealand businesses to showcase their innovative products and services, and develop new export markets.

"We see the benefits as firstly about this region, where trade is growing very strongly. It's diversified into new areas and the value of its steadily growing. But also about the fact this is an international hub - probably the biggest in the world - where not only are we reaching the gulf states but also India, central Asia, Africa and even Europe, through being at the expo."

But ACT leader David Seymour said National was throwing money around like they had forgotten it belonged to the taxpayer, and the $53 million would have been better spent by the people and businesses that earned it.

"If you're a business that wants to be exposed to a market, perhaps nowhere near the Middle East, how do you benefit from that?

"If you're an income earner who is not involved in the export sector for instance, you don't benefit from that. There's a whole lot of people who do not get any benefit at all and those that think they are getting benefits may discover that actually they can do a better job growing and promoting the business themselves, than setting up a dog and pony show that 25 million people will see out of a world population of 7 billion. This really is government excess," he said.

Mr Shaw said in this technical age there was no shortage of ways to find out about New Zealand.

But Stewart Germann, the chairman of the NZ Middle East Business Council, said the expo was a golden opportunity to showcase the country in a fast-growing part of the world.

"You've got to spend money to get money. This is an investment. Their figure is about what the business council has estimated. We thought to do it properly, you have to spend about $50m, is what we have seen. And I think the government and the Treasury are backing that. So I think it's very exciting for New Zealand companies."

Mr Germann said the business case was supported by an independent report by the consultancy firm EY.

Mr Bridges also defended the decision, and said the government was making a hard-headed decision that only governments could make.

With 120 New Zealand businesses in Dubai, Mr Bridges said he expected the expo would only help increase the country's presence in the region.

New Zealand is close to completing a free trade agreement with the Gulf States including Bahrain, Kuwait, Oman, Qatar, Saudi Arabia and the United Arab Emirates.