Temperatures have dipped back a little from Napier's hottest October day in two decades - but above-average warmth is set to return. 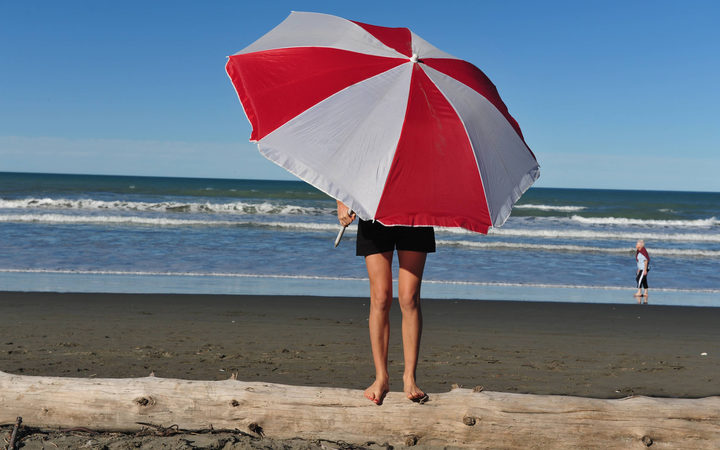 The mercury reached 29C in Napier and Hastings on Wednesday.

Forecasters are expecting more of the same in coming months, and not just in Hawke's Bay.

NIWA meteorologist Chris Brandolino said Wednesday's heat was brought by a classic weather pattern of a northwest airflow along the eastern coasts of the North and South islands, along with a warm, dry foehn wind flowing down mountain ranges and hills.

Here's the maximum temperatures across Aotearoa for Wednesday the 27th of October. Ahuriri, Napier and Heretaunga, Hastings were the warmest with a toasty 29C. pic.twitter.com/TZgxToUzbR

Temperatures dropped back again today, though Gisborne could reach mid 20s, Brandalino said, and a warm November was on the way.

"The next three months are looking warm," Brandolino said.

"It's very likely temperatures will be above average.

"It doesn't mean every single day will be warm and above average, there'll be the odd cool periods, they simply won't define the period."

From the end of the first week of November there will be a period of unusually warm temperatures across the country, and by the second week there will have been a 30C day, Brandalino said.

Warm temperatures () now, but check out what's coming for the 2nd half of the weekend ()

Hint: it won't last. We're expecting quite a warm November to unfold... pic.twitter.com/GlXVL1sTAN