Aucklanders may not be able to go anywhere at the moment but sprinklers are back and so is a long hot shower, with water restrictions being lifted from Saturday. 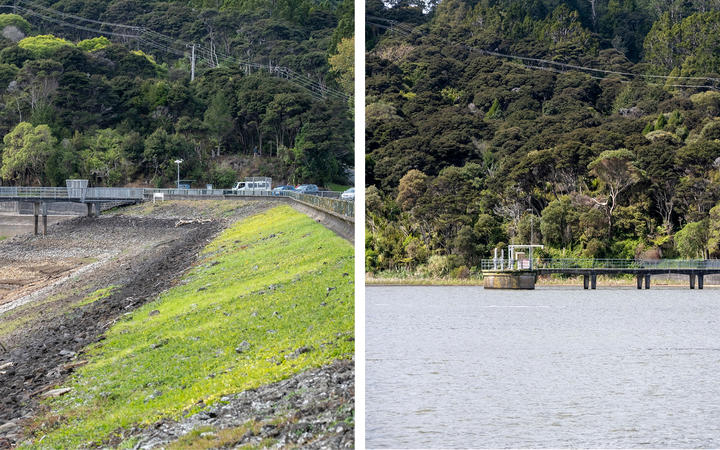 A before and after shot of Auckland's Lower Nihotupu Dam Photo: Supplied / Auckland Council

Tighter rules for water use were put in place in May last year, when the region's dams fell to low levels due to drought and continuing dry weather.

Now with dams at 93 percent full, Auckland Council has loosened the tap.

Water restrictions, which currently prevent the use of sprinklers but allow hoses fitted with trigger nozzles, have been in place since May last year, but with good rainfall last month - the dam levels have risen by over 30 percent since July.

Watercare board chairperson Margaret Devlin said the city is in a position to lift the restrictions.

"We're entering the summer period, and in a much stronger position than we were in the last two summer periods, so you know, just to reiterate that the dams are now currently at 93.3 and rising at about 0.2 percent per day," she said. 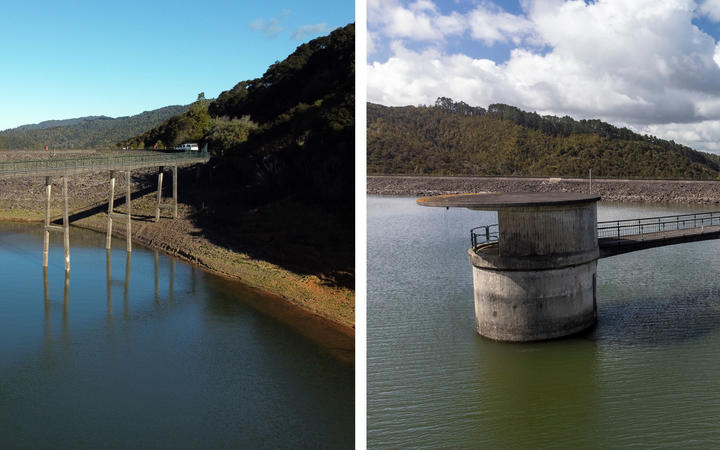 A before and after shot of the Upper Mangatawhiri Dam. Photo: Supplied / Auckland Council

Some Aucklanders, such as Amaria Wade, were happy to have more water freedom.

"That's cool ...We got a boat at home so it's cool to be able to wash the boat now and the kids can play in the water. It will be good for them," she said.

However, some others are a bit concerned about too much freedom will put the city on strain again, including Georgie Dabey.

"We saw how low water levels got last year, so I think that right now the best thing to do is to be quite restrictive and cautious."

Auckland mayor Phil Goff said dam levels were now above normal, and with new water supply established over the last 18 months, there was enough certainty that restrictions will not return in the near future.

"We can go into this summer and autumn without the prospect of having to re-establish restrictions on water use," he said.

Goff said Aucklanders had saved more than 20 billion litres of water over the past 17 months, and restricting sprinklers alone could not have achieved that. He encouraged people to keep water conservation on mind.

North Shore ward councillor Richard Hills said the council had worked with Watercare to reduce leaks and increase efficiency of water use at new builds.

When some other water restrictions were lifted late last year, Aucklanders' water use had not changed much, sometimes staying well below the conservation targets, and that showed people start to look at water differently - realising it was precious, he said.

"Although this has been a terrible time both in Covid and water, I think it will lead us to a better future and protecting our water sources, but also preparing for climate change, so little silver linings within what has been a tough road," Hills said.

Goff said the council was working on a water strategy which ultimately would look at the reutilisation of wastewater.

"So that we're not pouring wastewater into our harbours. It all will be really well treated, but we're refining it to the point where it is pure and can be reutilised, and we'll have that sustainability in that circular economy," he said.