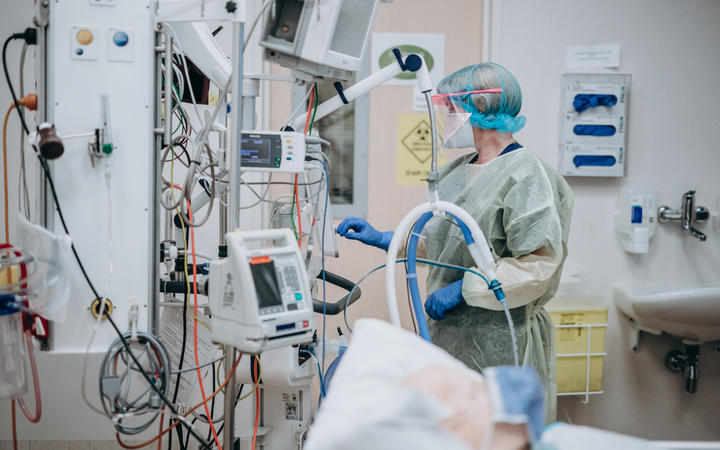 Hospital admissions have climbed to 43, and Middlemore Hospital expects to see 20 cases a day through its emergency department next month.

The nurse, who works in one of Auckland's emergency departments (ED), said many of her colleagues finish shifts wondering if they would come back for the next one.

"The nurses are really, really feeling it - feeling really anxious. They feel like there's a tsumani coming. They can see it coming ... and what do they do? Do they run towards it or do they back off?"

Her own ED was often short by three or four nurses, or a couple of health care assistants, a shift, she said.

"On a daily basis we are getting texts to say, 'can you pick up this shift?'. It is becoming a dire situation right now," she said.

It was made worse because staff regularly needed to isolate because they were case contacts, she said.

The nurse, a delegate for the Nurses' Organisation, said if they could not staff the shifts, it made for a high pressure day for those left behind, she said.

They tried to stay positive at work, she said.

"But when we go home we think back and we think 'do I have to go in tomorrow? Do I have to face the same old issues I've been facing in the past month, past two months?'," she said.

Several nurses had quit her ED in the past weeks and months, some of them senior, she said.

With already critical nationwide shortages, they were virtually irreplaceable.

The district health boards were doing their best but it was frustrating they had not done more earlier, she said.

She worried about where they would put Covid-19 patients if the ED became too full as they could not go in the corridors like other patients sometimes had to.

"More nurses, more negative pressure rooms, more ICU beds ... but that is all going to take time because we haven't been prepared for this. We haven't had the forethought for the future," she said.

Her comments were backed by her union which said it was regularly hearing from stressed and worried nurses - and not just in Auckland.

Waitemata was 100 nurses short across its hospitals earlier this year and had not been able to fill all those vacancies.

But it would have to rely on surge plans when more cases started to come through its doors.

It would bring nurses and health care assistants from other parts of the hospital but may also send them to help elsewhere if the emergency department was quiet, she said.

The hospital's modelling showed there were likely to be 20 Covid-19 cases a day coming through the emergency department by next month, she said.

However that was just a best estimate and would be influenced by factors like vaccination rates, alert levels and how well people stuck to the rules, she said.

A tent has been set up at Middlemore's ED and was being trialled this week for triaging patients for Covid-19.

Staff were well versed with dealing with Covid-19, with 113 presentations in the pandemic, a maximum of eight in one day, she said.

The government announced there would now be 300 places a month reserved for health workers in managed isolation and quarantine (MIQ).

The nurse said that was great news but they were needed yesterday.