The government has announced sweeping new vaccine mandates for workers across the country, as 79 new cases of Covid-19 were announced today and Auckland senior school students finally made it back to the classroom. 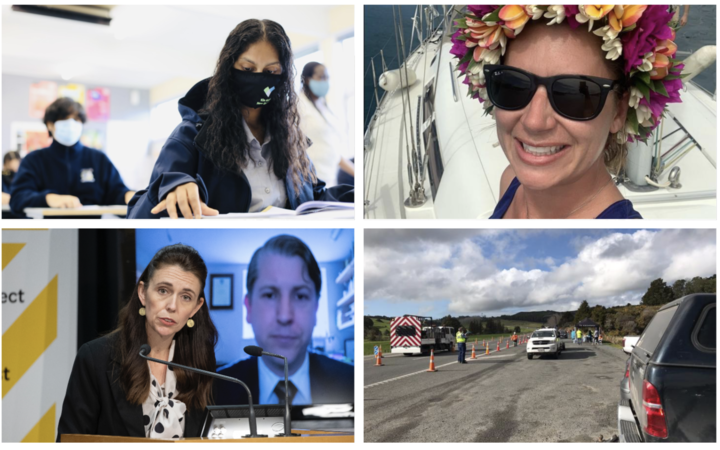 Prime Minister Jacinda Ardern announced at today's 4pm post-Cabinet press conference that vaccination will be mandated in any workplace that required a certificate of vaccination for entry.

The government had already mandated vaccinations for people working at the border and in the health and education sectors.

"If customers must be vaccinated, then so too, must the workers," Ardern said.

"The timing of this coming into force will depend on when we move to the Covid-19 Protection Framework."

Minister for Workplace Relations and Safety Michael Wood said the decision to mandate vaccines was not made lightly.

"This is about how we live together, this is about the collective rights that people and workers in our society have to be safe and to feel safe when they're at work, or when they're coming to workplaces."

Meanwhile, on the first day after the Labour Day holiday weekend there were 79 new cases announced today, 75 in Auckland and four in Waikato.

Of these cases 46 are linked, including 24 household contacts, and 33 remain unlinked.

The ministry said Auckland public health officials were continuing to urge residents of the North Shore suburbs of Redvale and Rosedale to get tested as soon as possible if they have even mild symptoms of Covid-19, even if they have been vaccinated.

"This follows high positivity rates of more than 6 percent in Redvale and 3.8 percent in Rosedale."

Here's what that vaccine mandate will entail in detail:

Minister Wood said a new four-week notice period will apply to mandated employees who refuse to get vaccinated if their employment is terminated.

"Our law change will require a minimum of four weeks' paid notice for any employee who loses their job because they are not vaccinated," he said.

"Our estimate is that those workplaces covered by Covid vaccine certificates are potentially around about 25 percent of the workforce," he said.

"So, that would bring it to about 40 percent in total, noting that other workplaces would still have access to the simplified risk management framework." 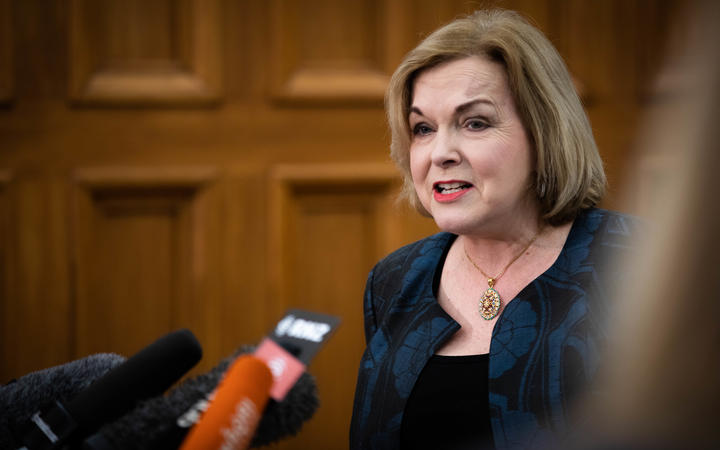 She said the government is blaming specific groups for not getting vaccinated, and New Zealanders need to be reassured of an eventual end to restrictions.

Collins spoke about the impacts of continued restrictions on businesses, families and whānau.

"I spoke on Friday about the many people who've been in touch with me and that has now increased exponentially. It is frankly harrowing to hear so much suffering and heartache happening here in New Zealand."

Concerns around the country over future cases

Around the country today, there were no new cases in Northland or in the South Island after last week's case in Blenheim.

Epidemiologist Professor Sir David Skegg, head of the Government's Covid-19 Public Health Advisory Group, said the first South Island case in more than a year should be a wake-up call.

"I get very exasperated hearing people saying, 'Oh, why are we in alert level 2?'

"The South Island is going to have Covid-19. There's no question about that. It's surprising it hasn't spread more widely yet.

"I'm in Queenstown right now and I wouldn't be at all surprised if there's someone with Covid-19 here."

"This virus is going to turn up all over New Zealand. It's not going to be a question if the South Island is pure. We're all going to have to face it."

In the north, iwi called for alert level 3 in Te Tai Tokerau following the increasing amount of Delta Covid-19 cases popping up.

There were seven positive cases in Northland over the weekend.

"The Northland cluster is growing and in four days we have gone from two to now seven cases," Te Poari o Ngātiwai chairperson Aperahama Kerepeti-Edwards said. "These cases are all rural Māori."

"We acknowledge the cases are all linked and isolating at home but given the level of risk it is still a huge concern for our people."

Down in the mainland, some experts and ACT party leader David Seymour called for testing requirements before people visited the South Island.

So far there has not been any onward transmission from the Blenheim case, with three of the person's contacts returning negative results, and the same for the hundreds of community tests taken over the weekend.

Covid-19 modeller and physicist Dr Dion O'Neale said a case in the South Island could spread undetected more easily than in the North.

"At alert level 2 you can do most of your day-to-day things - you can meet up with a lot of people, and that puts you in an environment where if someone was highly infectious, it could spread quite quickly to a lot of people."

And in Waikato, where new cases continue to pop up daily, there's also been a surge in vaccine bookings after the revelation that a a person who later tested positive for the virus spent the night in Tokoroa.

Dr Helen Fisher from the Te Kuiti Medical Centre said she was seeing three times as many walk-ins for vaccines yesterday.

Te Awamutu has had several cases over the last week but Waipa deputy mayor Liz Stolwyk said the town had been taking the level 3 restrictions seriously and hoped would-be bubble breakers were not tempted over the long weekend.

"To be honest the weather wasn't great here so I think that was probably a good thing ... we weren't too envious of people with access to the beach.

"At the moment people are sticking to their home base." 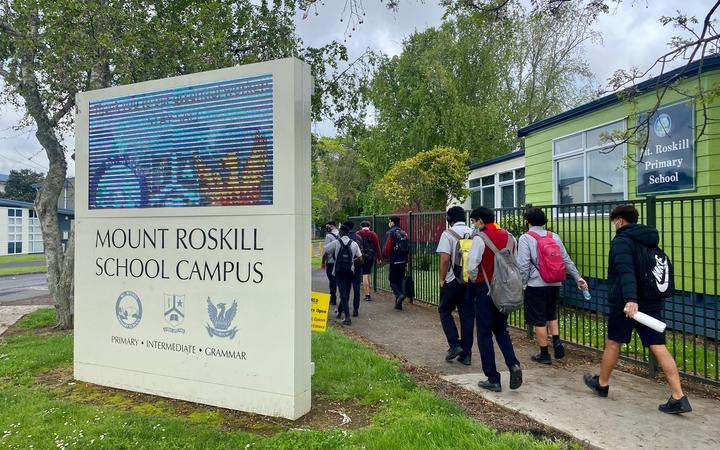 After 10 long weeks of at-home learning, Zoom lessons and separation from friends, Auckland and Waikato senior students put on their school uniforms and returned to campus this morning.

There were mixed emotions for many, with some overjoyed and some worried.

Year 12 student at Kings College TJ Rusden Rowley is fully vaccinated and couldn't wait to get back in the classroom.

"I checked the news and it said they're sending senior students back and I was so excited. I literally screamed and my dad was like 'what?' and I said 'we're going back to school'. I was just running around the house so happy because I get to go back."

But Year 12 Manurewa High School student Selina Silila Helg said she was worried about the impact on Māori and Pasifika people the opening up could have.

"The reality is my people are, and will continue to be, impacted the most by Covid-19. I'm feeling really worried about my peers at school, my community in South Auckland and especially my family."

Ardern, who has been staying in Wellington during the Auckland lockdown, defended that choice today and said she understood the impact the long lockdown was having on the city.

She said she was simply following the rules of Parliament, and visiting Auckland would mean she would be required to isolate for five days, which would affect her ability to fulfil the role of prime minister.

"I have family there, I have friends there, but also I have a duty to run the country and the rules that are set for this place at the moment mean that it would be hard for me to visit without then keeping me away from this place for a set period of time." 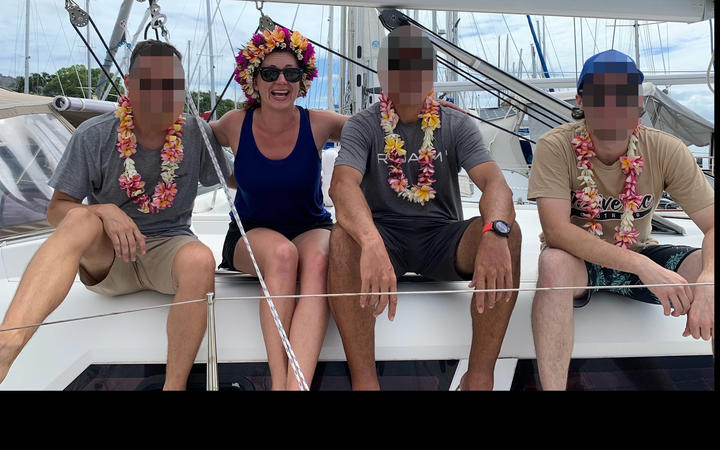 Changes to MIQ to be announced this week

Managed Isolation and Quarantine (MIQ) changes being announced this week will free up facilities to accommodate demand from New Zealanders overseas and from the outbreak in the community, Covid-19 Response Minister Chris Hipkins said.

Cabinet discussed changes today but no announcement will be made until tomorrow.

Hipkins said Cabinet was looking very closely at MIQ settings in light of fewer cases and more fully vaccinated travellers coming across international borders, even as community cases from the Delta outbreak increased.

He said the changes to MIQ would be announced in the coming days, and implemented "within weeks".

New Zealanders hoping to return from overseas have struggling with the government's MIQ booking system since it was brought in.

But the changes couldn't come soon enough for some seafaring Kiwis, with an Auckland woman deciding to sail home across the Pacific.

Katrina Hughes and three other Kiwis are on a 40ft yacht taking a 2200 nautical-mile trip from Tahiti to Opua.

Normally a chief steward on superyachts, she spent two years navigating Covid-19 hot spots around the world before deciding to jump ship in the United States earlier this year and arrange to return home. But she hasn't been able to land an MIQ spot yet.

The 16-day voyage itself counts as their quarantine period. Upon arrival at Opua, the Kingfisher crew will be required to undertake a health check, get Customs clearance and have a Covid-19 test.

Hughes said it would not be all plain sailing.

"At times it can be absolutely beautiful but on the flip side, it can be incredibly brutal as well. You will get seasick no doubt."