Prime Minister Jacinda Ardern says new rules for leaving Auckland will include people needing to have a negative Covid-19 test in the 72 hours before their departure.

Ardern announced the changes for people who may need to cross the Auckland bounday at today's media briefing on the Delta outbreak.

There are eight new cases of Covid-19 in the community today and four in managed isolation.

Ardern says from 11.59pm tonight, people will be able to leave Auckland into a level 2 environment if they:

Those crossing the boundary for shared caregiving will need to have a test within seven days of each crossing. Everyone must carry proof of why they are travelling and must not be sick.

Ardern says proof of reason for travel includes things like sales and purchase agreements, new job contracts or other documentation.

Students should get in touch with their tertiary accommodation provider beforehand.

Ardern says case-by-case exemptions for travel across the Auckland border for things like funerals and tangi still remains.

She says the situation will require ongoing monitoring.

She says with MIQ bookings, further rooms are being released tonight between 5pm and 6pm. She says there are also thousands more rooms being released in the next few weeks.

"The reason we stagger those releases is because some people may have urgent needs that only arise say, in October and November and it allows those people to get equal access if those needs arise a little closer to the time."

Ardern says it is now six weeks to the day since Delta was reported in Auckland and 2.5 million vaccines have been given since then.

Ardern says that even with 90 percent of eligible people vaccinated, that equals about 75 percent of the total population, which is why having extremely high rates of vaccination really matter.

She says there are new ways to get your vaccination, with events at the Assembly of God church in Te Atatu, and another at the Vodafone events centre in Manukau over the weekend.

There have been 1185 cases to date, of whom 260 are children under 12 and not eligible to be vaccinated.

Of the 925 eligible, 78 percent have had no vaccinations, while just 4 percent were fully immunised - having had their second dose at least two weeks before becoming a case. The remainder had just one dose, with just 17 people in that group.

Bloomfield is acknowledging rangatahi, saying uptake of vaccinations in people aged 12-19 years has been faster than in any other group. 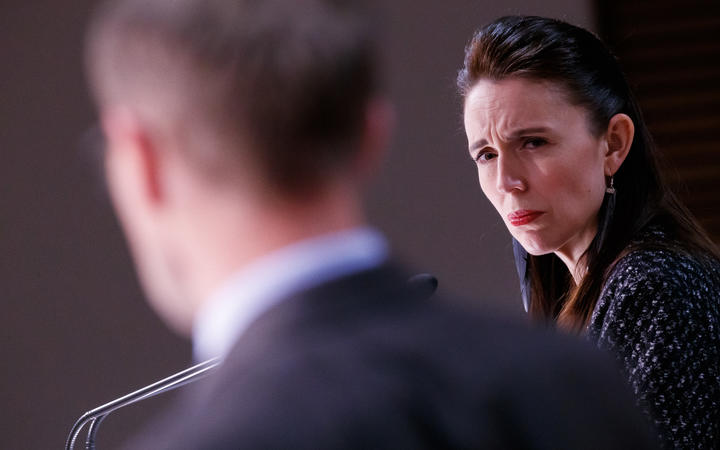 Asked if the government would commit to the same promise that National is expected to make in its Covid-19 response plan tomorrow of allowing fully vaccinated New Zealanders to travel across international borders before Christmas, Ardern says the priority is making sure Kiwis can have the best summer possible.

She says moving too soon could risk that summer.

The government is still working towards opening a risk-based border next year.

Ardern says most countries that have moved on their borders have done it last, and doing so too quickly could allow outbreaks to take-off.

On locking down specific suburbs, Ardern and Bloomfield say they are not ruling it out but that it is unlikely because it presents a risk.

And on vaccination passports, Ardern says there are certain places where it would be wrong to limit people's access if they have not been vaccinated.

However, she says the government will be talking about using vaccine certificates in a wide range of other places.

Asked about vaccinations that have been done overseas, Bloomfield says a system is being worked on for allowing them to be recognised for vaccine certification.

The plan is for that work to be complete by the time vaccine certificates will be available to people, he says.

Ardern says there is no intention of illegitimising vaccines done overseas.

Bloomfield says he does not have the detail about reports that funding for more negative pressure rooms at Middlemore Hospital has been pulled, but says there is a big programme of work looking across the entire system, and looking at other hospitals in the area.

He says dedicated wards can also be put aside where hospitals are encountering multiple cases.

On misinformation, Ardern says she is not particularly worried by antivaxxers making comments on her Facebook live videos and it's not going to stop her sharing information. She says "nau mai, haere mai" and they are all welcome to join her facebook live videos. Much of the removal of comments is automated and done by Facebook, she says.

She also believes not all of the anti-vaccination comments are domestic.