There are eight new cases of Covid-19 in the community today and four in managed isolation. 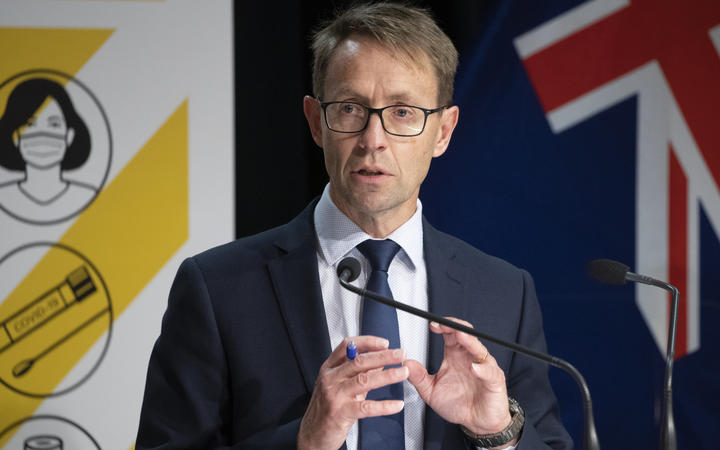 Director-General of Health Dr Ashley Bloomfield says the new community cases are all in Auckland.

Seven of the eight cases are contacts of existing cases, Dr Bloomfield says.

Six were in isolation during the period they were infectious.

Today's cases bring the total number of cases in the existing cluster to 1185.

Seven of the eight cases are contacts of existing cases, Dr Bloomfield says.

There are 14 people in hospital, three of them in ICU or HDU.

Yesterday, there were four active sub-clusters, today that's down to three.

One of today's new cases was confirmed after a person presented at Waitākere Hospital. This is today's unlinked case. The person was transferred to North Shore Hospital as soon as their test returned positive. They are in isolation in a negative pressure room.

Five members of Waitākere Hospital's emergency department have been stood down and eight patients are being treated as contacts.

On the sub-clusters, Bloomfield says two of them are families in linked households, with people moving between households. The third that's more emergent in the last week or two is associated with people in temporary or transitional housing arrangements, he says.

A boarding house is believed to be involved in the temporary housing cluster, Prime Minister Jacinda Ardern says.

In a statement, the Ministry of Health said 9955 tests had been carried out in the previous 24 hours, 7562 were in Auckland.

That brings the total administered across the country to more than 5,077,000 doses.

New Zealand has now confirmed 3848 cases since the pandemic began.

There were 12 new community cases of Covid-19 reported in New Zealand yesterday, with all but two epidemiologically linked to previous cases.

Bloomfield says a positive wastewater result has been returned from Tauranga, with the sample taken on 23 September. Follow-up samples have been taken in Tauranga and Mt Maunganui, with results expected on Thursday.

People in the greater Tauranga area should get a test if they have any symptoms, Bloomfield says.

Any workers travelling across the Auckland boundary into Tauranga should also ensure they are up to date with their regular testing.

Workers who have come online in Auckland's alert level 3 are being asked to also get two tests at least five days apart.