High-risk contact tracing is being managed by doctors and nurses around the country, Associate Health Minister Dr Ayesha Verrall says, as more tracers are recruited for Auckland. 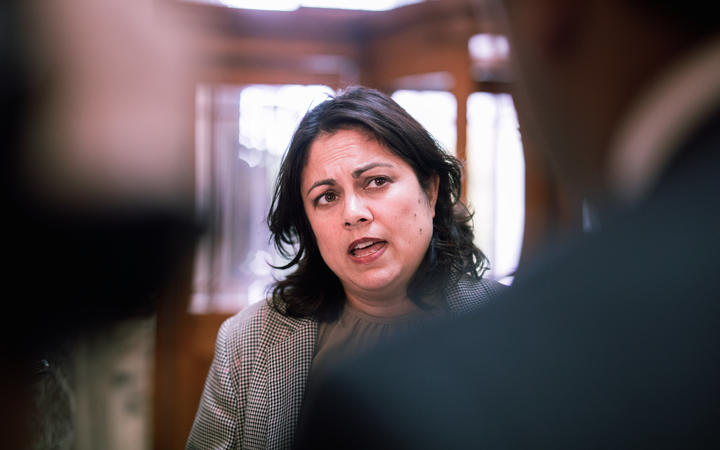 RNZ has reported the contact tracing system has hit capacity and Auckland health authorities are recruiting more staff to do the vital work while laboratories, testing sites and vaccination centres are also straining at the seams.

Associate Health Minister Dr Ayesha Verrall said the system with this outbreak is to call everyone a close contact, and there is a wide range of different risk within that.

Many cases just need daily calls, and more people are being recruited to help with that part of the work, she said.

"Rest assured that the outbreak investigation part of contact tracing is being done by the public health professionals - doctors and nurses - at Auckland Regional Public Health and some of the more complex other contacts managed by public health physicians from other parts of the country - for example the symptomatic contacts."

The minister said the government was still committed to its elimination strategy but with the Delta virus, unlike a year ago, contact tracing alone won't be enough to turn around an outbreak.

"It needs to be contact tracing plus alert level changes as we're doing now."

"Our response this time, since the last time we were at level 4 has been faster and harder so we're dealing with a virus that is twice as infectious but the response is probably 10 times as strong.

There was no new lead on the link between the potential source of the Delta outbreak and transmission into the community, Verrall told Morning Report.

Contact tracers were still seeking three people who were in a public area of the Crowne Plaza MIQ facility at the time a returnee from New South Wales was being moved into isolation.

"Contrary to what was said yesterday they weren't in that public walkway ... it's actually the atrium where the person was entering through," Verrall said.

The atrium leads to other businesses and also a Covid-19 vaccination centre, which is still operating.

Members of the public are separated from those going into isolation by a perspex screen which doesn't go all the way to the roof.

"We haven't got any further leads from yesterday on whether or not those people were affected, Verrall said."

It was a only a hypothesis that the three people could have been affected,

A public health assessment would need to be made on how much protection the perspex panels offered against transmission in that area.

MIQ staff testing had not turned anything up either, and despite efforts a link may never be determined, she said, but widespread testing offered some reassurance against the risk of mystery cases turning up.