Hutt City Council has published a plan to cut its own carbon emissions, including switching half its vehicle fleet to electric within 10 years. 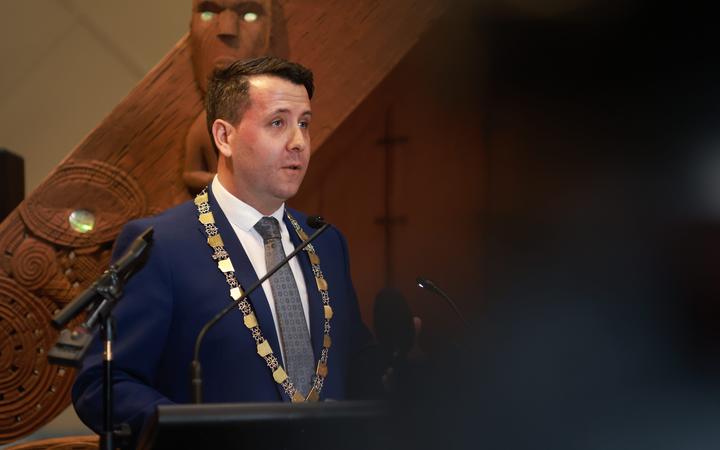 Mayor Campbell Barry said all councils, cities and countries had an obligation to do their part to avoid a climate catastrophe.

"If we don't begin to act with more urgency, we risk increasing the effects climate change has on our infrastructure, property, public health, biodiversity, economy, and our day to day lives," Barry said.

The plan's executive summary stated "Lower Hutt city is located on the most densely populated flood plain in New Zealand, and as a coastal city, it is vulnerable to sea level rise. We will likely see at least a half a metre of sea level rise this century, and that will put billions of dollars of infrastructure and property at risk, impacting people's lives and their

"Rising sea levels will push up the water table, making it harder for Te Awa Kairangi Hutt River to drain the water during flood events. If we reach two degrees of warming, major floods could occur three times as often as they do now.

"While we are uncertain about the pace and scale of future change, we do know that planning for the future means planning for a different climate. Our role is to enable a city that is more

resilient, where everyone thrives."

Actions in the plan include:

Barry said the carbon reduction plan was not going to "solve the climate crisis on its own".

"But it does show our commitment to continue working alongside our communities in order to address the environmental challenges we all face."

We are making some significant progress at the @HuttCityCouncil in taking action to reduce our own emissions, and working alongside our people to reduce our city’s emissions… https://t.co/TIrLe71FeR

The plan would need to be revised over the coming year as the council improved its "understanding of emissions associated with the services Hutt City Council delivers and the infrastructure we invest in, take account of new government initiatives and new technologies and respond to community priorities set out in the Lower Hutt climate action roadmap", it said.