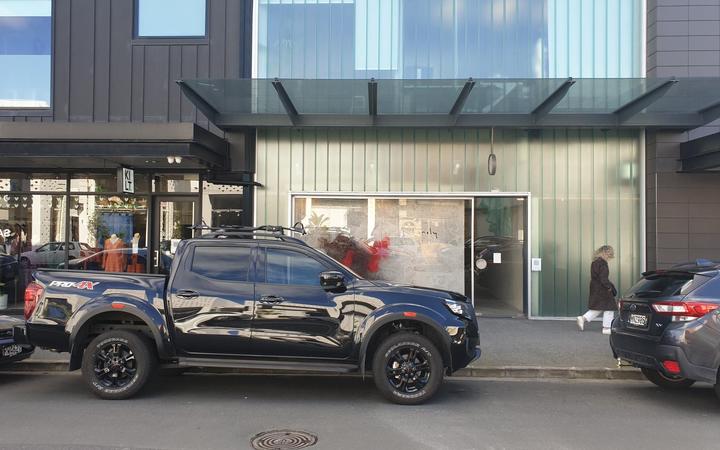 A tenth of the country's total greenhouse gas emissions come from private transport. That proportion has been rising, especially since 2014, up 14 percent.

In the last five years, private transport emissions have grown much faster than dairy and manufacturing sector emissions.

Their popularity has continued into this year's sales. The Corolla was fourth equal in passenger sales last year, and seventh so far this year (these figures don't count commercial vehicles, so utes - such as the top selling Ford Ranger or Toyota Hilux - and vans, are excluded).

The 'urban tractors' - SUVs - are a common sight in posh, inner city Auckland.

"The roads are full of them!" one man said. "Big cars around Ponsonby Road, I don't know why really. Maybe it gives people the illusion of safety," another said.

Auckland man William drives a Suzuki Grand Vitara, an SUV on the smaller end of the scale. He has a leg disability and needs a higher car with a wide door. He's noticed SUVs are very normal now.

"There weren't many 20 years ago, you'd think that's someone from a farming area in town for the day... [now] no one really takes a second look at them," he said.

Jason Cann has been in car sales for over 30 years. He runs Auckland City Toyota, home of the top selling passenger car in the country - the Rav 4.

"The stigma of four wheel drives of ten years ago or longer is no longer there. I think it's very acceptable to buy an SUV."

The practicality and versatility appeals to families - you can make school runs, sports practices, the grocery shopping, and tow a trailer, Cann said. "A one stop shop," he described them as.

Around 60 percent of their Rav sales are petrol-electric hybrids, he said.

But not all SUVs are as environmentally friendly.

Alastair Woodward is a public health doctor and professor at Auckland University working on transport and carbon emissions.

A trend of people driving ever larger cars is happening all over the world, he said.

"It does seem as though we're seeing a supersizing of passenger vehicles, not too different from the supersizing we've seen in other product areas... Do you remember what a hamburger used to look like?" he laughed.

"We have tended as we've got wealthier to consumer more and bigger."

Car manufacturers have successfully marketed bigger vehicles, which tend to have higher profits, he said.

Even with fuel efficiency gains, the weight and size of these vehicles mean they pollute more than sedans.

"And there are other consequences - because the vehicles are bigger, heavier, higher and stiffer, they are also more of a problem on the road from a safety angle. They provide some protection for the people inside, but they provide a greater hazard for those outside the vehicle."

And the bigger cars are travelling longer distances.

2019's figures - the most recent reliable data that the Ministry of Transport has - were the second highest since the turn of the century.

They measured more than 9150 kilometres per person was travelled over the year.

And with the number of Aucklanders using public transport this year well below pre-Covid levels, the rise of the urban tractor may be far from finished.