Director-General of Health Ashley Bloomfield has apologised to Parliament's health select committee and clarified he did have contact with Ministry of Foreign Affairs and Trade (MFAT) officials about the case of a United Nations worker in Fiji who was seriously ill with Covid-19. 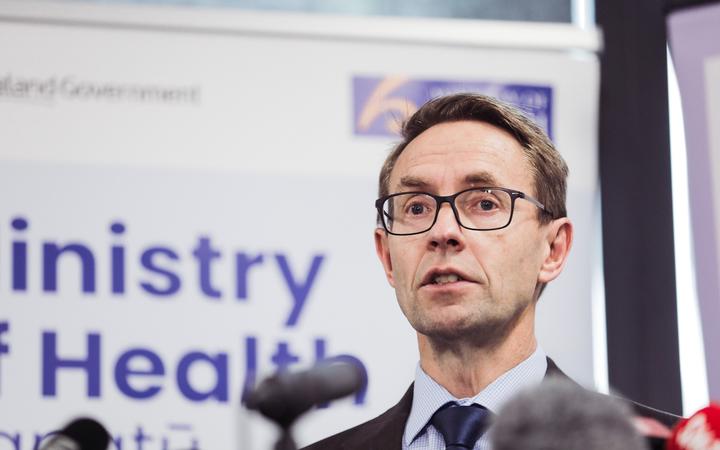 Dr Ashley Bloomfield has apologised for providing incorrect information about a UN worker from Fiji who was seriously ill with Covid-19 to Parliament's health select committee. Photo: RNZ / Samuel Rillstone

On Wednesday, he told MPs he had not personally discussed the matter with MFAT officials.

But in a letter to committee chair, Labour MP Liz Craig, Bloomfield said he exchanged text messages with the Secretary of Foreign Affairs and Trade Chris Seed.

An application for the worker to travel to New Zealand for medical treatment was approved last week, after being refused initially because of "capacity" issues.

The worker remains in intensive care in Middlemore Hospital.

In the 6 August letter to Craig correcting his statement, Bloomfield provided the content of the texts and the time they were sent.

On 28 July, Seed texted Bloomfield about the UN worker, providing an update on where discussions were at and asking if there was anything more his officials needed to do.

"Understand among many issues on your plate is the Fiji medevac one. Had Helen Clark on the phone updating on where she thinks things are at (and know she also spoke to MFA Mahuta last night). Sounds like under active management at the Auckland DHB end and that my shop is doing the right thing and staying well away. Let me know though if you need us to do more or anything different," Seed wrote.

Bloomfield responded: "Thanks yes we're all over it. I think we will get resolution. Will let you know."

In the letter to the select committee, Bloomfield said he did not recall the specific exchange when he was responding to questions.

He said he frequently exchanges texts with Seed and other public sector chief executives.

Bloomfield said it was not until the day after his appearance before the select committee that he realised the text exchange was relevant to the questions asked.

He apologised for initially omitting his recollection of the exchange, and assured the committee it was not his intention to mislead them.

National's Covid-19 response spokesperson Chris Bishop said Bloomfield must clarify whether any health ministry officials were involved in the decision to allow the sick UN worker into the country.

"What does 'all over it mean'? That implies the ministry having some influence in the decision-making process and of course that's not what he told the committee.

"He told the committee all decisions were made by the clinicians at Middlemore Hospital."

Bishop said National will be seeking to have Bloomfield recalled to the committee to answer further questions about the case.