More than 300 people on Rakiura/Stewart Island have had at least their first dose of the Covid-19 vaccine. 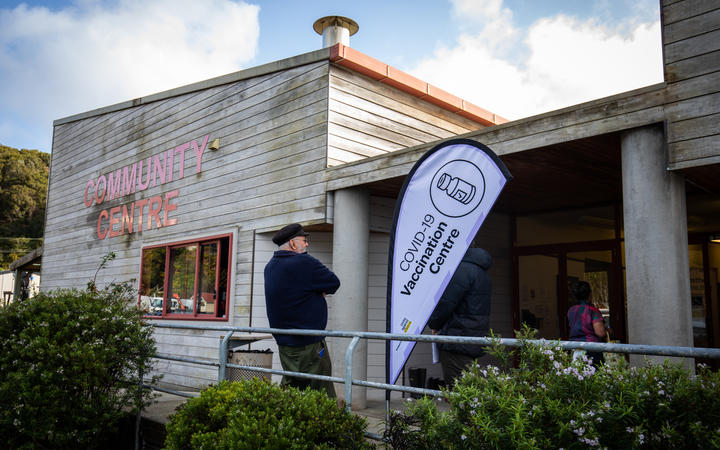 During a two-day vaccine drive on the island earlier this week, 257 people got their first dose.

Another 52 had already received their vaccination elsewhere, according to Covid-19 immunisation records.

More than 80 percent of Rakiura's 385 eligible residents had received at least their first dose of the vaccine as a result.

The vaccine clinic's lead, Nadine Goldsmith, said she was pleased with the turnout.

"We're thrilled that so many people embraced this opportunity to get vaccinated in their own community and we got a lot of positive feedback that residents were very pleased we came to them," she said.

In the first hour of the clinic's doors opening on Wednesday, 66 people got their shot and more than a quarter of the island's population had their first dose within two hours.

An approach lauded by locals.

Vaccinators would return in three weeks to offer second doses on 18 and 19 August, but there would be enough vaccine for anyone who missed out on this week's opportunity for a first dose.

"The clinic was designed to bring the community together and that is what it has done. Nadine and the team created a very welcoming atmosphere and did a phenomenal job in vaccinating so many people in such an efficient manner," he said.

"This is a really positive response to the programme and we are very pleased that the local people took the opportunity to protect themselves and each other, particularly as a place that is popular with tourists."

Ulva Island/Te Wharawhara sanctuary guide Ulva Goodwillie said she was relieved to get vaccinated at the clinic yesterday.

"[The vaccine] is to protect you against any invasive predators. Just as we try to keep Ulva Island predator-free, we should be able to do the same for ourselves."