Auckland Mayor Phil Goff hopes a new rail and bus hub in the city's south will help with domestic tourism. 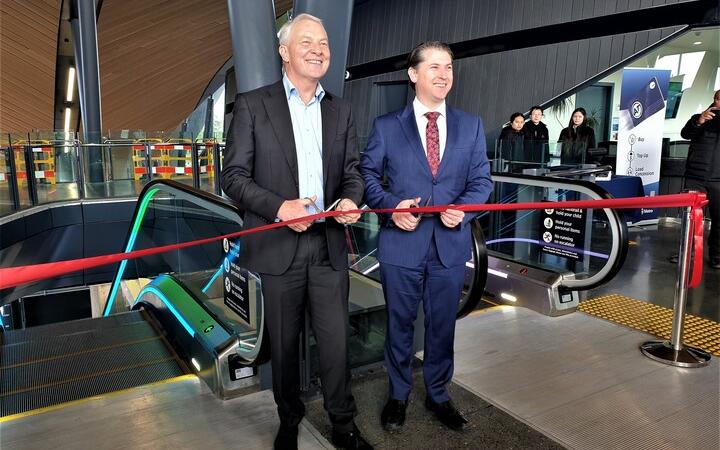 There was an official opening for the $69 million Puhinui Interchange this morning, which will offer frequent bus and rail services.

Goff said it will take 10 minutes to get to the airport on an electric bus, then it is an easy trip into the city centre on a train - costing $6 all up. 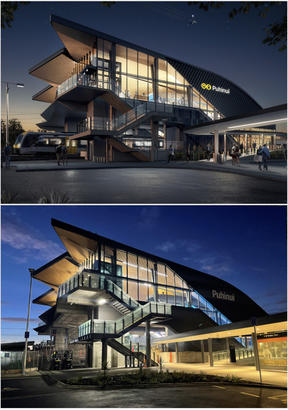 Render vs reality of the Puhinui Interchange Photo: SUPPLIED

It will be enjoyed by visitors arriving at the airport and people who work near the airport would also benefit, he said.

"If this is the first view that they get of the city, a quick bus to the railway station, a railway station that is 21st Century, outstanding features that reflect the Maori culture and identity, and convenient, quick, clean and a safe place to travel through - it's a great gateway to the city."

Wood said it was part of a series of upgrades planned for public transport in the area.

"It's a beautiful iconic structure and it's here in South Auckland. It's going to encourage people to get on to the train network onto public transport, and really importantly it will be a 10 to 12 minute bus service between the station and Auckland Airport on a dedicated transit lane."

The interchange opens to the public on Monday.