Hard on the heels of the Auckland mass vaccination plan, family doctors also plan to step up their Covid-19 plans. 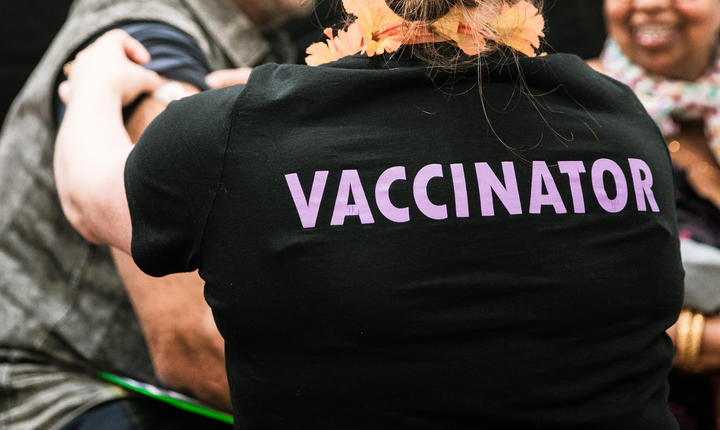 Very little of group 3 around the country had received a dose at this point, the College of GPs medical director said. Photo: RNZ / Samuel Rillstone

There have been complaints in parts of Wellington about delays and a lack of information about vaccinations for those in group 3 in particular.

College of GPs medical director and Porirua GP Bryan Betty, said the supply of vaccine had restricted the rollout so far, but that was about to change.

"Most general practices in the Capital and Coast [DHB] region have indicated they'll be part of the vaccination programme.

"Access to the vaccinations is going to become substantially easier over the next four to five weeks."

The process had been slow and drawn-out, he said.

"It was only about two months ago the government indicated that general practice would be part of the process, so from that point onwards there's been a lot of activity that's started to come into play.

"But I totally understand the frustration of GPs around the country in terms of how the rollout has gone up until this point."

It was not just the Wellington region that would be catching up with group 3 vaccinations.

The reality was very little of group 3- which includes those aged 65 or over or with a relevant underlying medical condition - had been vaccinated around the country at this point, held back by restricted vaccine supply and the number of vaccine centres available, he said.

As that changed over the next few weeks GPs would be able to start contacting patients on their list directly.

And once family practices were involved, invitations to receive a vaccine were likely to be more targeted, he said.

Some people in their 20s with no obvious health problems have been surprised to receive notification of early access to a Covid-19 vaccination.

Betty said invitations to receive vaccines have been based on GP records but collated by district health boards, and that would start to change as more family doctors became involved.