Microplastics have been found in high levels in shellfish across the Bay of Plenty prompting concern for both the marine environment and human health. 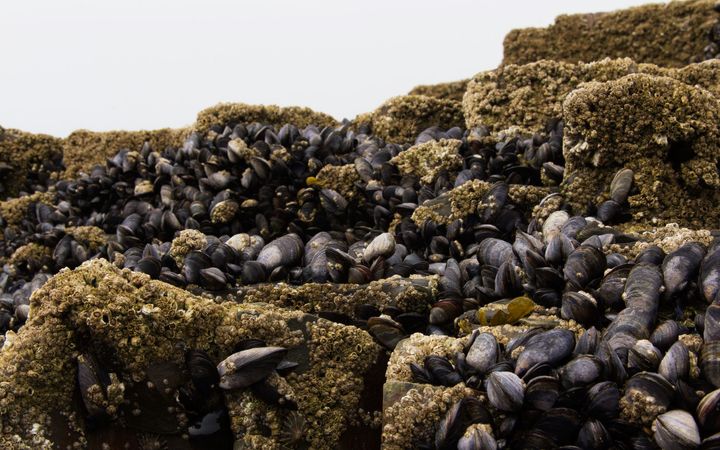 The tiny plastic particles, range in size from 5mm in diameter down to 150 microns, which are not visible to the naked eye.

Research by Waikato University Master of Science student Anita Lewis found microplastics in both sediment and shellfish, such as tuatua, cockles and wedge shells, in every area sampled along the Bay of Plenty coast from Tauranga harbour to Ōpōtiki.

She was presenting her findings to a marine conference in Tauranga on Thursday.

Lewis said the highest density of microplastic particles, up to just over 11087.9 per square metre, was found close to pipe outfalls and populated areas.

''I was shocked, I wasn't surprised but I was shocked by the amount of plastics identified in all these species, but not just at one site but all the sites I sampled had microplastic pollution.''

She said the microplastics accumulated in the shellfish but it started in the sediment with bottom-feeders ingesting the particles.

''A snapper will come and eat the bivalve species (shell fish) and even a seagull will catch a fish and there will be, lodged in their tissue, some microplastic particles.''

She said, with humans at the top of the food chain, they would ingest the particles.

''An overseas study in the US has shown that the average human consumes about a credit card worth of microplastics per year, which is quite shocking.''

The effects on human health include it being an endocrine blocker and it is also carcinogenic.

''It really does have an effect on human health.

''Kaimoana gathering in New Zealand is common practice and this research is showing microplastics and nano plastics are now bioccumulating in our food chain.''

She said ecosystems would also be disrupted.

Lewis said the amount of microplastics found in marine life along New Zealand's coastline was catastrophic for the environment.

She said bans of use of some plastics was a start, but more needed to be done.

''Just by washing our clothes we put plastic into the environment through the waste water treatment plants whose screens are not small enough to filter out those minute particles, so there are a lot of other measures that need to take place in order to stop that.''

Lewis said more research needed to be done to fully understand the problem.