Australians are back in Queenstown again much to the relief of local businesses. 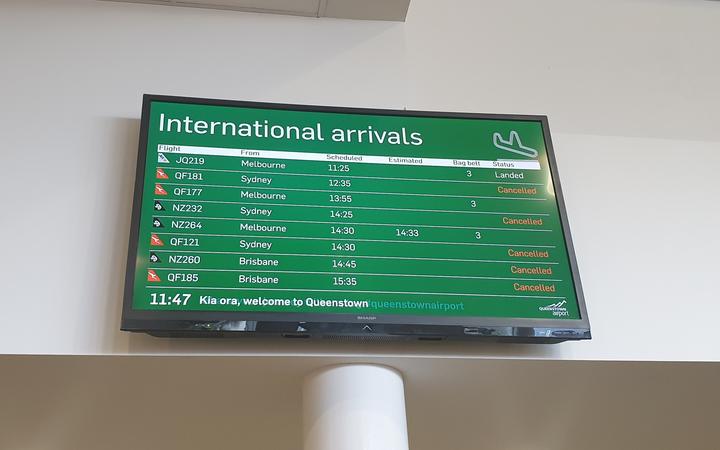 No flights are coming into Queenstown from Sydney and Brisbane as the cities handle Covid-19 outbreaks. Photo: RNZ / Tess Brunton

The travel pause from South Australia, the ACT, Tasmania and Victoria was lifted yesterday morning.

But some key states have remained cut off since late last month, wiping out opportunities for trans-Tasman travel during their school holidays.

The first flight from Melbourne was nearly full as holiday-goers, friends and families jumped at the chance to hop across the ditch.

Meg had to reschedule her trip several times before finally catching a break - and a flight.

"It's very nice. It's been a long time coming, we had to reschedule the flights like four times so it's nice to finally get here," she said.

"We sort of waited until midday when they usually make the announcements and then we were like 'all right, we can put the bags in the car and we can actually go this time'."

Julia arrived with a group of friends, eager to finally see some powder after missing out on a ski season last year.

"We desperately wanted to come to New Zealand when the bubble opened and so when the tickets were available, we all pounced one night and then crossed our fingers desperately hoping that we would still get to travel and we made it by six hours."

Richard and his two sons were ready to hit the slopes and explore.

"We're not worried about coming here. Not at all. It's just whether we'd be allowed to, whether you'd let us in. Like whether at the last minute you'd not let us in then you'd lose all your money and accommodation and things like that," he said.

But they took it day by day and got their special Covid-19 test ahead of their trip. 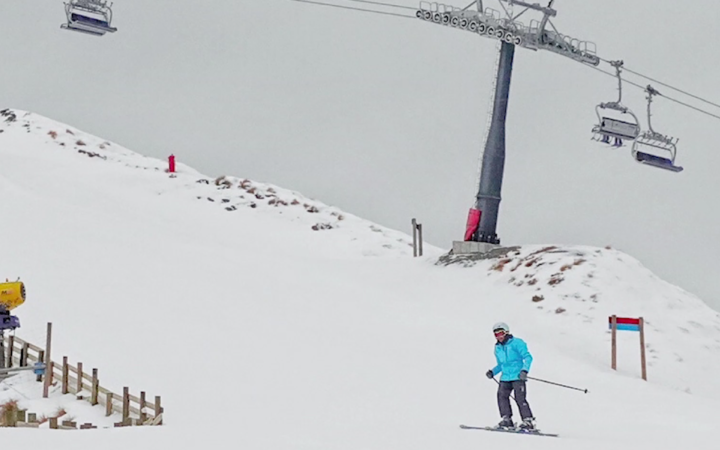 Visiting Queenstown was on Ariel's bucket list and she was not too worried about her flight being cancelled.

"We just kind of held out. Before we booked we made sure we could get a refund or like travel credit at least for everything so it's worked out quite well."

But the cancellation of all flights from Sydney and Brisbane meant many Australians were stuck at home for the school holidays. 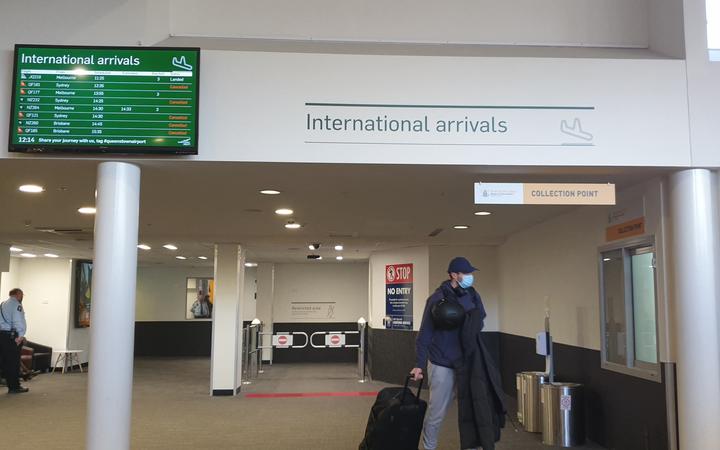 It was a bitter pill to swallow for some operators.

Denis Columb runs Off Road Adventures and Off Road Expeditions as well as 4x4 and dirt bike tours.

He estimated the travel pause has left him tens of thousands of dollars out of pocket so he was thrilled to see some Australians return.

"Everyone takes advantage of them coming in and I'm sure from the customers we're taking out daily now, everyone is keen to come and have a decent holiday. They've had a huge lockdown. That will make a big difference. Everyone coming helps."

But he was not planning to offer extra tours yet because the business was still running on skeleton staffing.

"We'll work harder and in some cases we may have to turn people down. But that will be a problem that we haven't experienced for a long time.

"We can only do what we can do with the staff you've got now so we've gone from 16 staff to six so our numbers obviously will be altered and we can only take a certain number of people per day."

iFly Queenstown owner Matt Wong said his business had taken a hit with the loss of trans-Tasman travellers.

He was particularly missing the Sydney-siders who he was expecting to make up about half of all Australian visitors during for the school holidays.

"We've definitely noticed a significant drop to what we budgeted, probably noticing a 50 percent decline in what we were hoping for this week and last week was just the same."

But bookings have started to come in for the end of this week.

"I'm expecting it to really take off this week towards this weekend, I'd say as soon as the Kiwis start coming onboard as well. I'm hoping we'll be just buzzing and we'll see heaps of people in the restaurants."

Fleur Caulton owns Queenstown restaurants Madam Woo, Rata, and Hawker and Roll, and said the cancellations had not been as drastic as they initially feared.

"It is early in the season however, so you would be thinking that now through to the end of August we would traditionally see the bulk of the Australian tourists and with some of the states opening back up, I'm sure that we will definitely be seeing them come here in numbers."

Quarantine free travel with Western Australia and the Northern Territory will open up later this week, but officials are yet to make a call on Queensland and New South Wales.