Tourism New Zealand predicts domestic visitor spending could increase by millions as it pitches for more Kiwis to travel in their own backyard. 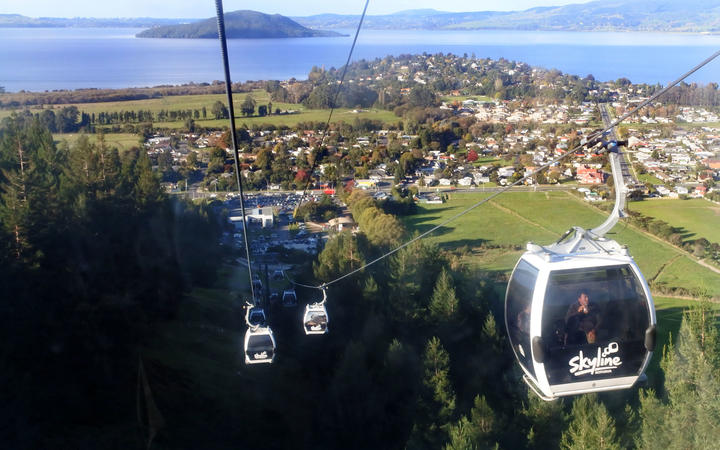 Domestic visitors have always had a major role in the tourism sector, worth roughly $23 billion to the economy pre-Covid-19.

Its chief executive René de Monchy said New Zealanders had travelled far and wide and across the seasons.

Domestic spend had grown by about 15 percent in the last 12 months.

"Obviously we've had a captive audience but we want to continue to grow," de Monchy said.

TNZ planned to continue to encourage and foster more New Zealanders to explore their backyard, he said.

The rough target is to increase domestic spending by between 5 and 10 percent over the coming year.

"Over the last year, that 15 percent growth was $1.1 billion domestically so these are quite significant numbers when you look at how much we as New Zealanders spend in our own country, enjoying it as a visitor if you like and travelling around the country.

"So we think there's hundreds of millions of dollars, I think, potential for growth going into the future."

TNZ's goal to enrich Aotearoa through the contribution of visitors remained as relevant as ever, he said.

That meant tourism actively and positively contributed to the economy, environment, society and culture.

One of the challenges TNZ identified was the strong competition to remain desirable as borders started to reopen and every country competed for travellers while faced with the long distance location, air connectivity and cost.

That would change how visitors were targeted and help to identify target audiences and engage with them using the right messaging, on the right channel and at the right time.

This involved TNZ moving from a demographic-based understanding to trying to understand what was driving consumers' behaviours, including the emotional drivers for why people travelled. This change could have a significant impact on the sector, de Monchy said.

He believed it would allow TNZ to generate demand from visitors seeking the kind of tourism experiences New Zealanders would support.

The research could also be used to help overcome people's hesitancy to travel as health and safety had already been identified as a key consideration for travellers, de Monchy said.

Some groups of people were more resilient to travel in uncertain times than others so TNZ could tailor and target those travellers, he said.