Tourism operators are holding out hope for the return of cruise ships after more than a year without the reliable dose of tourist dollars. 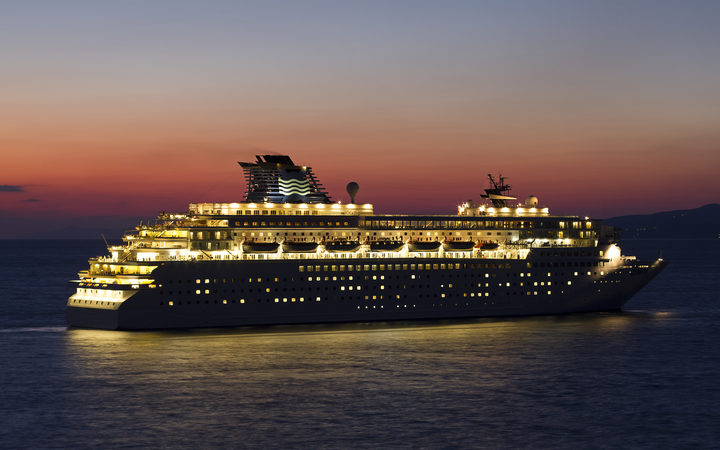 The industry was forecasting to rake in roughly $700 million for the upcoming season.

In the Bay of Islands, Adventure Puketi managing director, Barbara Candy, remembered busy cruise ship days when she would be fully booked out with hundreds of passengers.

Roughly 90 percent of her business was international visitors and three-quarters of that came off a cruise ship.

Her business operates guided day and night walks in the Puketi Forest.

It also offers accommodation, which they have increased since the pandemic.

While business has been steady, she had not taken her eye of the cruise ship market.

"We could step back in tomorrow to the cruise market. We're working with agents right now to do that and then that will just be whether the government lets them in, but we're preparing ... we're preparing for the cruise ships to come back next season," she said.

Max Lloydd, from Footprints Waipoua, had not lost sight of the eventual return of ships too.

"A time for preparation and providing a quality experience so that when people do come back, that we'll hit the ground running," he said.

Down in Dunedin, Larnach Castle's Deborah Price said it had been tough losing cruise ships, but transport and tour operators had been hit particularly hard.

"Their businesses have been devastated. A lot of them are no longer in business and they're such hard working people. It's their whole life, their whole business life has stopped."

The castle has put on more events and offers a local loyalty card to encourage repeat visits.

"We're working harder for less people. The cruise ships, I know a lot of people say 'cruise ship business is the cherry on top'. That went for us as well, but it was a rather large cherry, more like a plum."

There was plenty of pent-up demand as the castle had already received a lot of rates requests from cruise ship lines, she said.

Black Cat Cruises chief executive, Paul Milligan, said cruise passengers were their biggest market so they had scaled back since the ships stopped.

He was preparing for the worst - but hoping for the best - for the next 12 months. 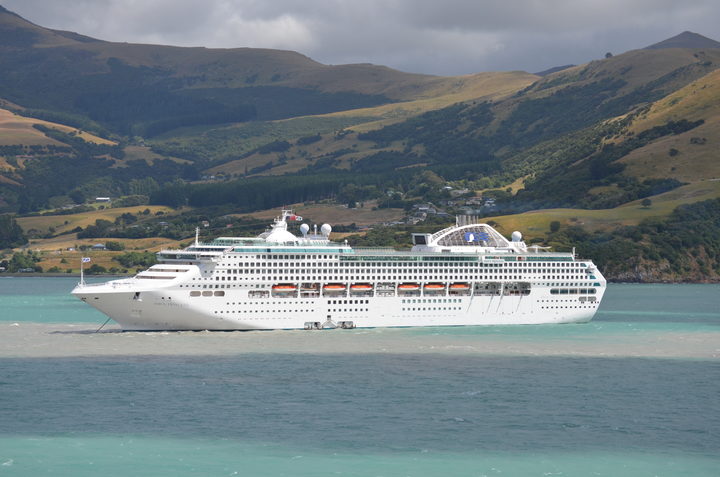 There were 90 cruise ships berthed in Akaroa the summer before the pandemic. Photo: Wikimedia Commons / Bahnfrend - Own work

E-Ko Tours chief executive Paul Keating said Picton was quite vibrant in cruising season with thousands of people in town and being bused around the region.

After Covid-19, he started surveys to see how his business could adjust to the domestic market and created a website to help train marine guides.

So far, they were doing okay.

"It will definitely affect the town here with the removal of quite a large percentage of the income for all the tourism based people and also for all the retailers and general business people in town. So here's hoping it's sooner than later," Keating said.

"It gets to a timing thing you can only hold on so long. It wasn't our choice to reduce our income in this fashion."

The Cruise Association met with the tourism minister yesterday, saying it was a positive but they need support from a number of government departments to bring ships back.

Cruise Association chief executive Kevin O'Sullivan was not expecting them back this season.

While businesses remained hopeful they would see cruise ships on the horizon soon, they were preparing to remain beached for another season.