A major clean-up will begin today on the East Coast where heavy rain flooded homes, a school and washed away roads. 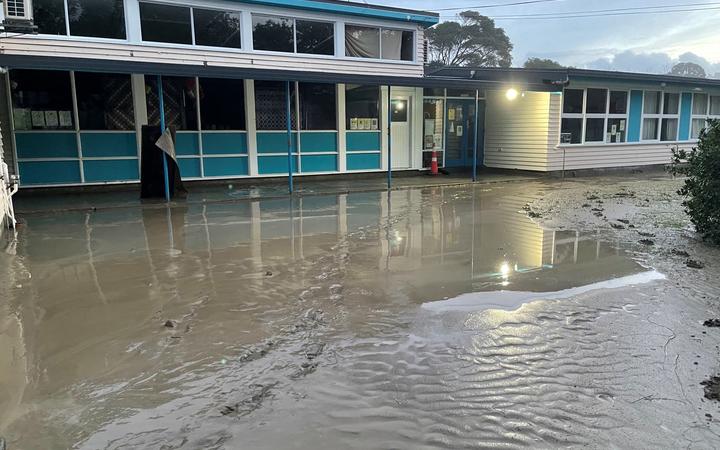 Hatea-a-Rangi School has been forced to close. Photo: Māni Dunlop

Flooding caused extensive damage in Tokomaru Bay where homes were flooded and flooding at Hatea-a-Rangi School forced it to close after being almost completely destroyed.

Numerous roads were washed away including a bridge in Waipiro Bay.

Gisborne Regional Civil Defence Group Controller David Wilson told Nine to Noon the community hui was being attended this morning and early afternoon by Civil Defence and Gisborne District Council staff, who were meeting with locals to access their needs.

He said further rain was expected later this week, so the priority was to get as much infrastructure up-and-running as possible in preparation. Creating road access for those stranded for a priority for triaged work crews.

"There's widespread damage across the network from Tokomaru Bay right up to Wharekahika/Hick's Bay area. Most of it is local roads damaged. We've prioritising the routes now for our crews to get on to and our local contractors were on one yesterday, getting access to whānau as quickly as possible, out on the network.

He said the school was facing a clean-up of silt, but the damage there was still being accessed. Farm losses were also being assessed, he said. 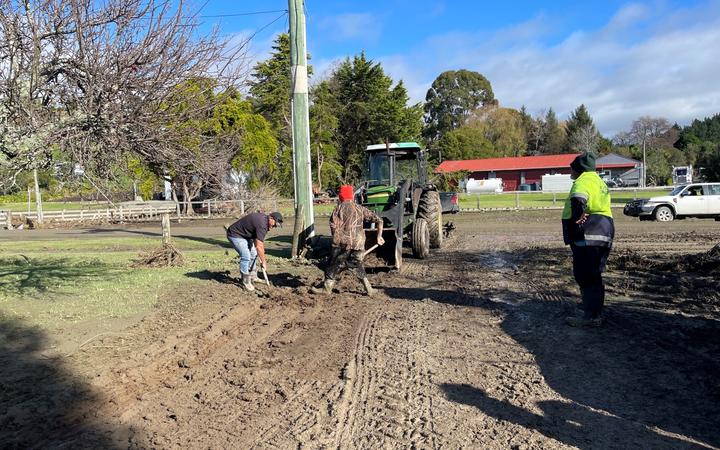 Earlier, RNZ reporter Māni Dunlop was at the scene and told Morning Report there was a mood of resilience on the ground this morning, as people got on with the clean-up. The East Coast is no stranger to floods and dealing with damaging weather events, she added.

Speaking from Arthur street - the most-affected street in Tokomaru Bay - she said the community had breathed a collective sigh of relief after rain forecast to hit overnight hadn't caused any further damage.

River levels had receded after a walking bridge was completely washed away over the weekend .

The more settled weather today was helping those cleaning up debris left behind from the floods.

"Yesterday afternoon when I was driving through past some of the homes that had lost caravans, one had lost a container that had been completely washed away, people were cleaning out their homes," she said.

"Not to the extent that they'd like because they were waiting on insurance assessors.

She said rebuilding streets and roads would be a major undertaking, as communities had been left physically divided.

"People were really getting to grips with what they were having to deal with. People's livelihoods were really impacted on the coast and if you look at the infrastructure as well, driving up further, a lot of the roads have been blocked off by slips, as well as bridge in Waipiro Bay washed away, which has isolated about five families."

She said another 10 families had also been blocked off and left isolated nearby. Contractors were at the scene working on clearing debris. 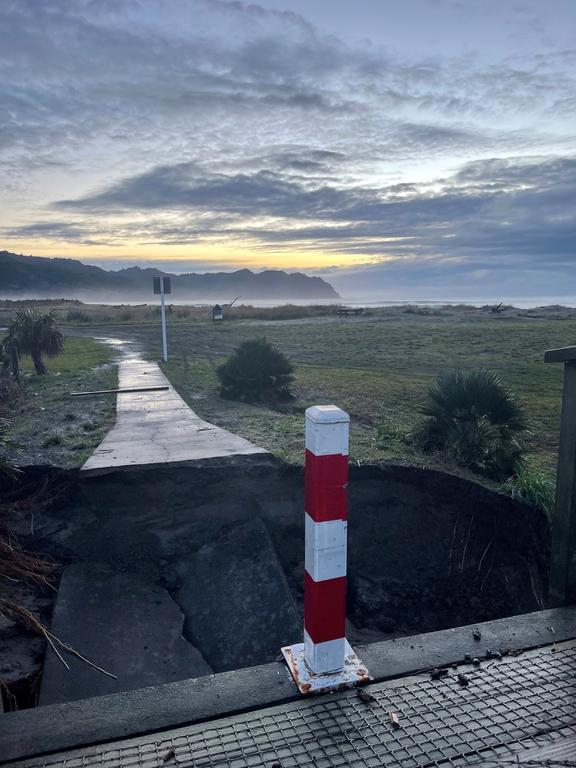 "The council and the contractors will be working hard again as they were yesterday ... to get those people their access back so they can go into town and get their supplies that they need."

Hatea-a-Rangi School is facing an uncertain period of closure as the extent of damage is being assessed, Dunlop said.

"When I looked at the school yesterday there was silt everywhere around it. Looking through the windows the classrooms and administration block has been destroyed. At this stage the school won't be reopened...

"Unfortunately, because of waiting for those insurance assessors the clean-up of the school can't get underway today."

Processes had been put in place so pupils could be taught from home in the interim period.

"Based on the communications from the principal and the [board of trustees] chair Lillian Te Hau-Ward, they'll go and return back to their distance learning, which Covid has obviously prepared them for," Dunlop said.

The principal of Hatea a Rangi school in Tokomaru Bay says she's absolutely overwhelmed by the damage caused to the property.

Karla Kohatu says a staff member sent her video footage of the water coming through the school before she was able to get there herself this morning.

Rick Whaitiri, in Arthur Street, told Nine to Noon his house was underwater, his car is stuck in the driveway and a caravan and containers on his property - one which had a family pet inside - have floated away.

"There's silt and mud up and down the street because the actual street was like a river," he said.

He said there had been non-stop heavy rain from 7pm the previous evening to 7am the morning he woke to witness the water engulfing his home from a nearby creek.

"It was like a dam bust ... and it just turned our entire street like a river. My house has had it, its all under water. My misses car is stuck in the driveway ... but the caravans and containers we had in the section, they've all disappears."

He said the whole town was out with shovels helping in the crisis.

Whaitiri's neighbour Kevin McKay, who runs McKay Cartage, said his house was positioned higher, but still had still been damaged by septic spill and silt.

He said farmers with tractors had been on the street helping out and he was just looking forward to getting back to work.

"In 2018 we had the Queen's Birthday weekend flood which really affected Tolaga Bay, 30km south of us and we had huge amounts of rain then, but nothing to the extent of what we see here," he said.