A three-year delay before cameras are installed in fishing boats is justified, because it will take time to fine tune the technology, a major fishing company says. 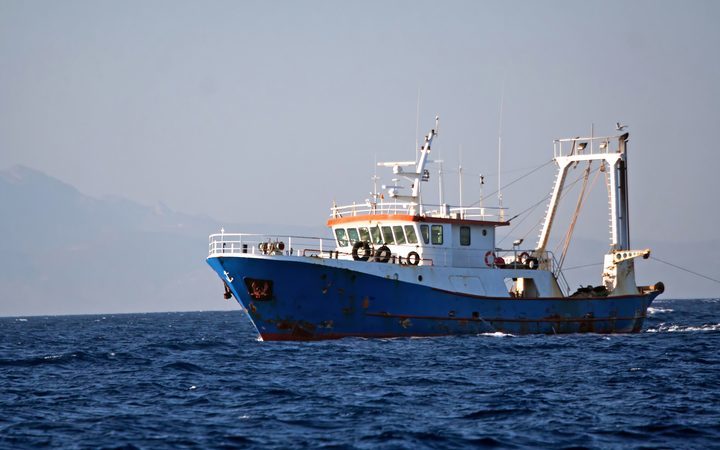 New rules will require cameras to be installed on 300 vessels.

The cameras will help ensure commercial fishing boats bring back to port all of the fish they catch, instead of throwing undersized fish overboard.

Sanford chief operating officer Clement Chia said anything that reassures the public regarding the bycatch of marine mammals and seabirds, or illegal dumping, is a good thing.

"The more transparent we can be as an industry the better. I think the issue is that we operate out there in the ocean and the public cannot see us and therefore things people can't see they don't trust."

He said the three-year delay before cameras are finally placed on commercial fishing boats is justified, because it will take time to fine tune the technology.

Chia said the company supported the law change around discards, however, Sanford has begun using new tube-like nets which allowed for precision seafood harvesting, with small fish able to be returned to the sea alive.

The company wants to talk to regulators and scientists about what the no-discard system will mean for the use of the nets.

"I think, you know horses for courses and you know for those particular circumstances where the fish is absolutely well then it should be put back into the ocean."

But Chia said he would back a no-discard rule where small fish cannot be put back alive.

The government is promising $60 million to install surveillance cameras on 300 inshore vessels to watch for marine mammals and endangered seabirds killed as by-catch.

They will cover boats responsible for 85 percent of the total inshore catch.

Chia said the three-year phase-in will allow problems such as the privacy of crew members to be sorted out.

The Ornithological Society said it supported the moves to put surveillance cameras on up to 300 inshore fishing boats as a way to provide more accurate bycatch data and help ensure compliance with the new rules.

Society member Michael Szabo, who is editor of Birds New Zealand magazine, said the extra cost of placing cameras on the rest of the inshore fleet would be worthwhile because of the expense of trying to save critically endangered species.

New Zealand has more breeding species of seabird than any other country in the world, he said.

This story has been amended to reflect that Sanford is in favour of the new rules announced this week and does not seek to be exempt from them. The story was updated again on 21 June to clarify the Ornithological Society's comments.