A leaked report has revealed the huge cost of fixing up water infrastructure to cope with Wellington's growing population. 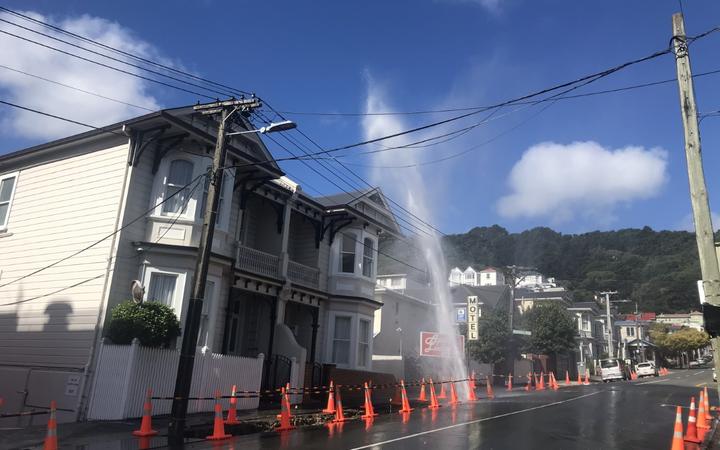 The capital's population is forecast to grow by up to 80,000 people in the coming three decades.

While the report, which comes from Wellington Water, did not give an overall number, it broke down the cost for the infrastructure upgrades and expansion per new dwelling.

The sums look huge: In Thorndon, where it is priciest, the upgrade to water infrastructure was going to cost more than $500,000 for every new dwelling.

In Khandallah, where it was cheapest, the price still sat around the $50,000 mark.

While the sums sound significant, the work could be unavoidable with capital desperate for more housing.

To accommodate the roughly 60,000 and 80,000 more people who will call Wellington home over the next 30 years, there will need to be roughly around 30,000 new dwellings.

The capital is already [co.nz/news/national/439453/wellington-councils-warned-over-risks-around-spending-big-on-water-infrastructure facing a crisis with its existing water infrastructure], let alone planning to expand to cover 30,000 new homes.

The report took in how many homes were forecast to be built in each suburb and compared that with the amount of money it was going to cost to conduct infrastructure upgrades.

For Thorndon it was estimated there was only going to be about 100 new homes built over the next 30 years.

The cost of the suburb's upgrade, however, was somewhere between $100 million and $200m.

Khandallah on the other hand - while its bill to upgrade and grow its water infrastructure was the same as Thorndon - was looking at a much larger growth than Thorndon: Over 1600 new homes - roughly about 4000 new residents.

It came at a very important time for the council, which will be finalising its Spatial Plan in the next couple of weeks.

The Spatial Plan is the document which will outline just how the city is going to grow - where it will put its possibly 80,000 new residents, where it will place its 30,000 new homes.

But there were also questions about feasibility and how deliverable the programme of work would be with such growth.

Some people were increasingly concerned about a shortage of construction workers and data showed the shortage was at its most severe in the capital.

The report also detailed the type of work which was required for every suburb, and the majority of suburbs required significant and major network upgrades and investment.

On the list of work needed were numerous pipe upgrades or renewals, increasing the capacity of water storage and reservoirs across the city, adding in pump stations to stop flooding, and a new water treatment plant located on the south coast.