A Muslim leader says yesterday's walkout from a counter-terrorism hui followed comments designed to denigrate Muslims and promote the 'securitisation of Islam'. 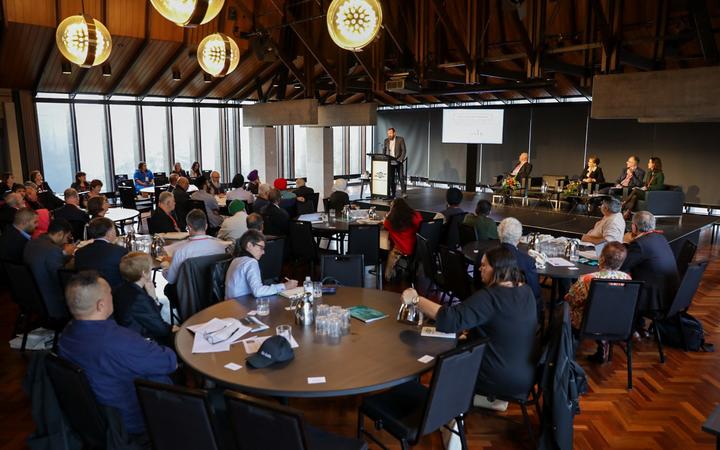 Participants at the hui yesterday listen to one of the keynote speakers, Dr Chris Wilson. Photo: Conan Young

Members of New Zealand's Muslim community will return today for the final session of the nation's first anti-terrorism conference in Christchurch, despite it being marred by the incident.

Yesterday, Jewish Council representative Juliet Moses referenced a "pro-Hezbollah" rally in Auckland in 2018 when she addressed the conference in Christchurch town hall.

Moses said leaders should be consistent in condemning terrorism, as Hezbollah had been designated a proscribed terror group.

The rally had been reportedly in support of Palestinian rights in Israeli-occupied West Bank and Gaza. More than a dozen Muslims left the He Whenua Taurikura conference as shouts of "free Palestine" emerged from the crowd.

The walkout was led by Federation of Islamic Associations of NZ chairperson, Abdur Razzaq, who told Morning Report the politicisation of the event had been inappropriate, divisive and offensive.

"This was most hurtful and why I led the walkout. We had there a Palestinian mother whose son was brutally killed there. We had one person there who was with the international media... who had just came back from hospital with a bullet wound, and to associate these people with terrorism, it's just not on."

Hezbollah was formed after Israel invaded South Lebanon in 1982 and brought together Lebanese Shia groups into a unified organisation to resist the Israeli occupation.

Razzaq said Moses' characterisation was Hezbollah was an opinion, not a fact, and that the late ANC leader Nelson Mandela had also been designated a 'terrorist'. But it had neither been the time nor place to debate such issues, he added.

He said it was an example of the securitisaton of Islam, where the faith was conflated with terrorism and threat.

"This was a calculated attempt, in my view, to denigrate those who are there and wipe out the memory of those victims, otherwise you wouldn't rise it.

"This is called the securitisation of Islam, where you use a certain bogie and associate Muslims with terrorism... Don't resurrect these issues and people who bring baggage from overseas and dump it on New Zealand, I actually feel very sad for them and this is what has happened. But let's focus on the hui and that's the most important thing."

The protest was a means of making a dignified point, but it should not distract from the hui itself, he said. Muslims were prepared to engage with civil society on the basis of peace and respect, he added.

"We wanted that platform for the academics, where civil society, where government officials, ministers and others and particularly the media were all present, and we talk about issues important to all of us as a result of the Christchurch act.

"So in that context we were invited with the Te Whānau and followed the protocols, because at the end of the day this was a hui to discuss how we could come together, not what separates us. On that basis we thought it was a dignified way of letting them know this is not the place or the venue." 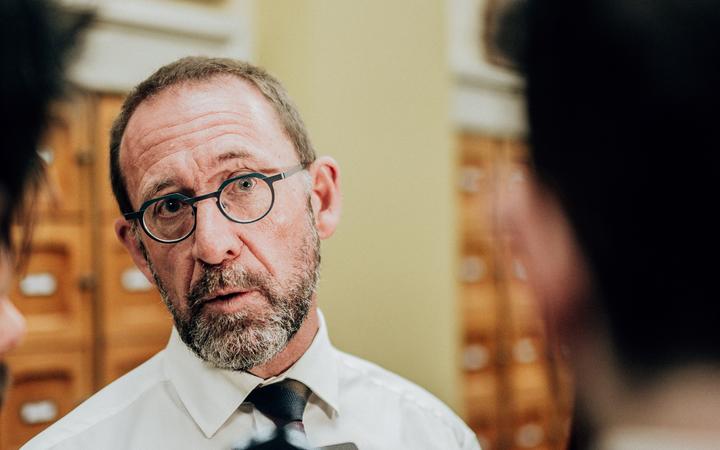 Minister responsible for the New Zealand Security Intelligence Service Andrew Little called Moses' comments 'provocative', but said channels of dialogue had not been affected by the incident.

"I think supporters of the Palestinian cause took offence at the characterisation of some demonstrations that had happened in the past that were claimed to be in support of Hezbollah and Hamas, which was not the objective of those demonstrations. I think the way that was characterised was provocative and people took offence," he told Morning Report.

"The idea is you have a hui like this and you have multiple voices. It was probably for an audience of 300 people the most diverse audience we've ever had on what is a controversial topic, which is terrorism, counter-terrorism and our national security effort. So, the idea that we would get through two days of an intense hui without disagreement, I think anyone would be dreaming if they thought that."

However, he said Jewish and Muslim community members sat around the table last night after the hui and had engaged constructively.

He said Christchurch Muslims were at the heart of the hui, although he acknowledged there were no speakers from that community at the event.

"They were acknowledged all the way through and well represented in terms of attendees ... in the end this is a conference about terrorism, counter-terrorism and our national strategic effort."

During the hui yesterday police revealed they intervened in stopping two potential mass shootings at about the time of the Christchurch terror attack, indicating the country was far from immune for more extremist violence.

Police national security advisor Cameron Bayly, who spoke at the hui, said intelligence services the two incidents were picked up because of tip-offs from the public, underlining how important the public could be to stopping such attacks.

Bayly confirmed those individuals involved held Far Right racist views. There had been a greater focus by police on those types of individuals, he said.

"As the Royal Commission report indicated we were interested in that and were concerned about it beforehand," he said.

"We could see it rising overseas and there had been quite a lot of work initiated to get a better grip on that issue within the country and driven by public reporting as well as that work post-15 March we've identified more people, some of whom who have come out of the woodwork because of the events in Christchurch.

"That issue was also a rising concern across the globe and we're following that trend and it's a major area of work for us."

The potential mass shooting events included a potential school shooting by an aggrieved individual who consumed white supremacy ideological material. "The other individual appeared to share that kind of extremist worldview as well," Bayly said.

"That issue was also a rising concern across the globe and we're following that trend and it's a major area of work for us" - Police national security advisor, Cameron Bayly 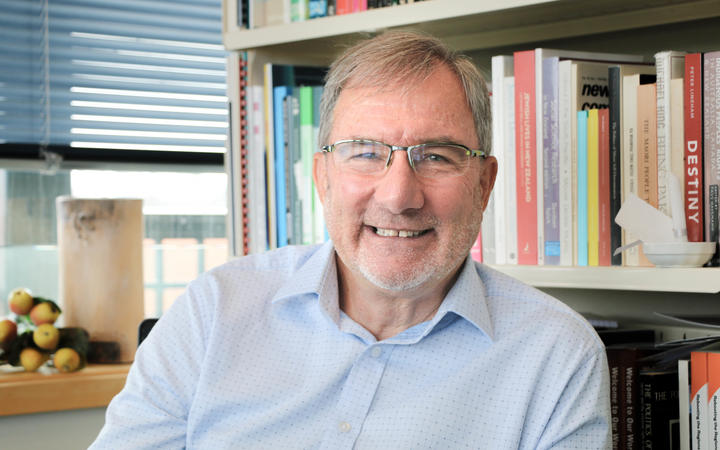 Professor Paul Spoonley, an expert in Far Right extremism at Massey University, told Morning Report Bayly had confirmed what many had already suspected - that multiple Far-Right groups and individuals were active.

He said police were now monitoring white supremacists and their online dialogues.

However, Spoonley cautioned about seeing potential terror attacks as mere acts of 'lone wolf' operators, as these individuals were deeply embedded in a community of like-minded extremists online.

"What you need to understand is there is a very active eco-system and these people are connected, they are talking to others and they are accessing other material. So, even if they act as individuals in a particular case, we need to acknowledge the online world that they live in, which there are quite a large number of people."

He said there was 190 accounts of online extremism active in New Zealand in any given week, according to intelligence records.