The nurses' union and district health boards (DHBs) have confirmed they are heading back to the negotiating table following yesterday's mass strike. 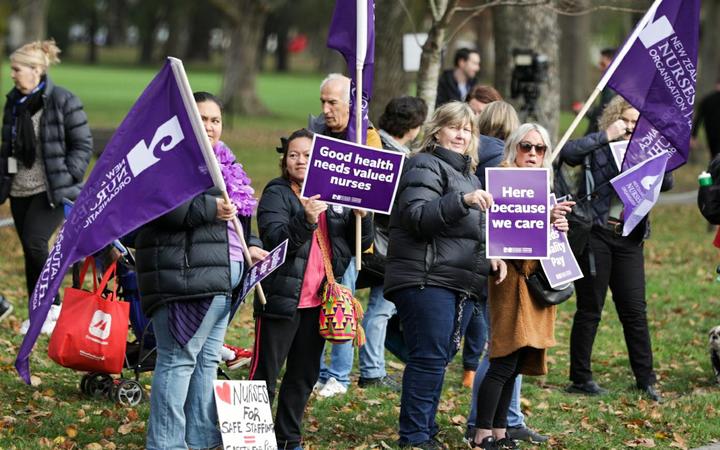 They have agreed to reconvene mediation beginning the week after next.

New Zealand Nurses Organisation industrial adviser David Waite was pleased bargaining would go ahead, and said it was time to resolve differences.

"It's been a number of years where safe staffing has been on the agenda and yet we haven't really seen any improvements, so I guess the commitment that our members are showing is also reflected in the way that we're approaching this."

Waite said they were committed to reaching a settlement with the DHBs, but believed negotiations would not be straightforward.

"I think that there are some issues for us, because the DHBs need to be able to come to mediation and make an offer that's beyond their existing mandate. That's something for them to sort out with the public service commission and the people that they report to," he said.

DHB's spokesperson Jim Green said the boards wanted to hear what the nurses had to say, and resolve the situation.