Nearly all non-urgent surgery and outpatient clinics have been cancelled today, as thousands of nurses go on strike. 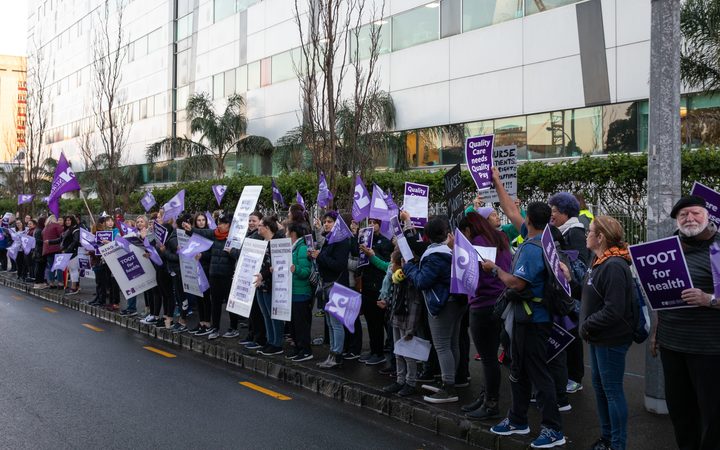 At 11am, nurses will down tools to join marches and pickets across the country as they highlight their anger with pay and working conditions.

Emergency services will still be running today and those with urgent medical needs are being told they will still be able to attend hospital or dial 111.

GPs and Healthline will also be available throughout the day.

Spokesperson for all the DHBs, Jim Green, said most non-acute and elective procedures had been cancelled, "to reduce demand on services and reduce patient numbers as much as possible before the strike".

"These will be deferred on the day of the strike to enable us to focus on those for whom hospital care is the only option during the strike," he said.

But the government's vaccination roll-out plan will take a hit.

Auckland District Health Board confirmed only two vaccination centres will open, with the lack of available nurses prompting safety concerns.

"Due to strike action, the majority of our metro Auckland community vaccination centres will be temporarily closed on Wednesday," the DHB said in a statement.

"Without enough registered clinical staff on site we can't administer the vaccine safely at these sites. Bookings at the sites have been moved to other days so that no one misses out."

The Ministry of Health has not confirmed what is happening with other vaccination centres across the country, although it will depend on whether those staffing them are members of the union organising the strike.

What is planned for the day

In Te Whanganui-a-Tara, nurses will gather in Civic Square before heading to Parliament; in Tamaki Makaurau, the strikers will march down Queen Street; Kirikiriroa to Garden Place, and Otepoti, to the Octagon.

Across all 20 DHBs, members of the New Zealand Nurses Organisation will stop work, and head out to join the picket lines and marches.

"We've got music playing, we've got our wigs and everything else," she said. "We're walking out front, having donuts, hot coffee, pizzas," she said.

"And then we're walking up the main street of Te Awamutu - up one side and down the other [just] making the public aware of what goes on at Matariki - how short we are in order to do our work properly."

Council of Trade Unions president Richard Wagstaff said nurses were being fully supported by their affiliate unions, including the 70,000 other unionised medical professionals.

"The Trade Union movement is right behind the nurses in taking this action.

"We recognise that they're taking the stand because of the very serious issues that they're facing on the job every day.

"We're right behind them. We know they do an incredible job for New Zealand and they need the support of everyone including the union movement."

Dispute over staff numbers during strike

Meanwhile, the nurses union has alleged some DHBs have requested more cover to keep life-preserving services going than would usually be rostered on. 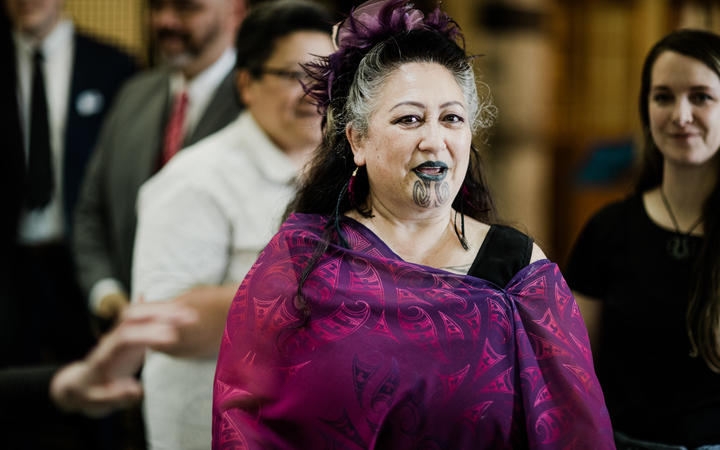 In Parliament yesterday, when asked about it by Green Party MP Dr Elizabeth Kerekere, Health Minister Andrew Little denied it.

"I'm advised that no district health boards have asked for more staff rostered for life-preserving services during the strike than would normally be on a roster.

"In fact, many areas asked for just one fifth of normal numbers."

But the Nurses Organisation's industrial services manager Glenda Alexander said that was not the message she was getting from members.

"They've told us very clearly that there are numbers of people who will be on duty during the hours of 11 and 7 that, in many places, are higher than the usual places.

"Also we do have at least one of the adjudications on the matter that clearly says there were going to be more people there than usual."

The NZNO has agreed, under an emergency management protocol, to have a pool of nurses who would respond to need.

"It's kind of interesting it's a bit pre-emptive.

"The situation has changed already and the strike hasn't started. I guess we try and take them in good faith that they are providing us with proper projections of what demand will be there tomorrow."

Canterbury DHB said thanks to early notice of the strike, around 60 operations had either been brought forward or postponed.

Alexander said an effort to reduce today's demand hasn't been made by all DHBs.