A review of school staffing for the primary teachers' union, the Educational Institute, has called for smaller classes and more teacher aides. 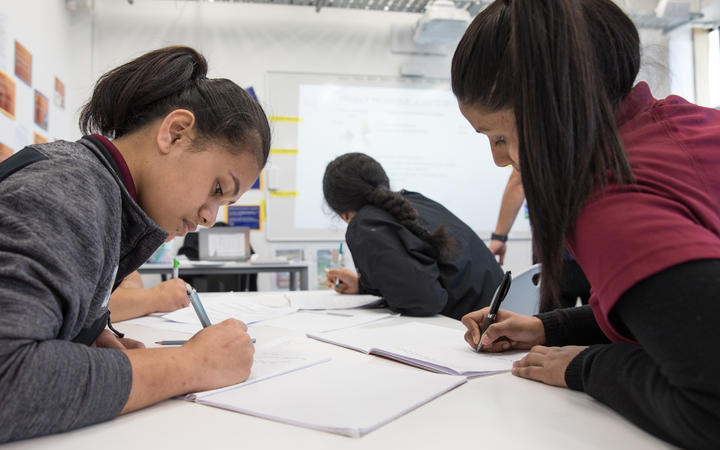 The review by a panel convened by the institute and headed by former education minister, Steve Maharey, said the current system did not give teachers enough time to ensure all children had quality learning.

Maharey told the launch that piecemeal changes to school staffing had not been sufficient to ensure schools could meet their children's potential. The panel's report carried "enormous force" because it included so many teachers and principals essentially saying the same thing, he said.

The report said the system for calculating and allocating primary school staffing had not changed much since the 1990s but the demands on schools had increased a lot in that time.

"It is the opinion of the review panel, based on the evidence we have gathered, that significant staffing changes are needed in primary schools and kura. Small modifications to the system will not suffice. There needs to be a fundamental shift in the way we understand the role of staffing in the modern primary school setting," the report said.

Teachers were dealing with more behavioural and learning difficulties than in the past and many were struggling, it said.

"We see more and more students coming into school with social and behavioural issues than I've ever seen in my twenty plus years in the profession and we are drowning. Experience has not taught me how to deal with the new behaviours that are arriving," a teacher told the review panel.

It also warned that principals did not have the time and support they needed to lead and manage their schools.

The panel said teachers reported fewer children were starting school ready to learn and in some new entrant classes, more than half the children could not speak in sentences and had never held a pencil.

They were facing more behavioural problems and one teacher said "we are drowning".

The panel recommended changes including provision of one teacher aide per class, more special education and counselling resources for schools, and one day of release from classroom teaching per week for every teacher.

"Reducing class sizes or year-level ratios was identified by submitters as the single biggest way to meet the demands of classes where the children are diverse, the needs are complex, and the curriculum range is wide. We heard that class sizes are too large for teachers to give children the attention they need to reach their potential," the report said.

It recommended keeping the current ratio of one teacher for every 15 Y1 children but changing the ratio for older children. In Y4-8 it would move from 1:29 to to 1:23 by the end of 2030.

The panel received more than 2600 submissions, half of them from teachers.

Peter Verstappen told RNZ the panel's recommendations complemented changes the government was already making and it should take the report seriously.

He said the submissions showed that teachers and principals across the country were facing similar challenges.

"Teachers need more time to be able to do their job well, they need some more supports wrapped around them, of various kinds, that allow them to meet the rising number of challenges and needs they face so they can do the job they know they're capable of doing and that they want to do."

The report recommended extra staffing for mainstream schools with large Māori rolls, te reo Māori lessons for all teachers and a service to show them how to reflect Māori culture in their teaching.

Whetū Cormick said the recommendations followed powerful submissions from Māori teachers and principals who told the panel the school system is racist.

"Māori, they're not going away, and so we have to make sure that we provide an education system where they can be themselves because ultimately that's going to benefit our nation as a whole."

Cathy Wylie said the panel's report was not the same as previous surveys and reports that recommended changes to staffing.

"We're encountering story after story of teachers and principals not being able to cope because of the issues with the current staffing model and what this report does really well is mark out a pathway forward," he said.

He said the report would be used by the union's members when they met at the end of the month to discuss their next pay claim.

"In their submissions to the panel, educators delivered a consistent message - that they are stretched to the limit, and that significant change is needed to address their needs and our children's.

"Educators are in this line of work because they love it. They're passionate about seeing tamariki succeed and do well. But for years now, they've said their workloads have been increasing and that it's getting harder to meet their students' increasingly diverse needs.

"The report released today shows clearly that our current primary staffing model is inadequate: that right now, with the resources available to them, it's just not possible for our country's educators to give each and every child the support they need to achieve their potential.

"While this is awful to hear, I hope that the people who work in our schools find it validating."

Key recommendations from the report: