Te Papa is hosting New Zealand's first major exhibition of surrealist art in nearly half a century, with 180 masterpieces from Museum Boijmans Van Beuningen on show from Saturday. 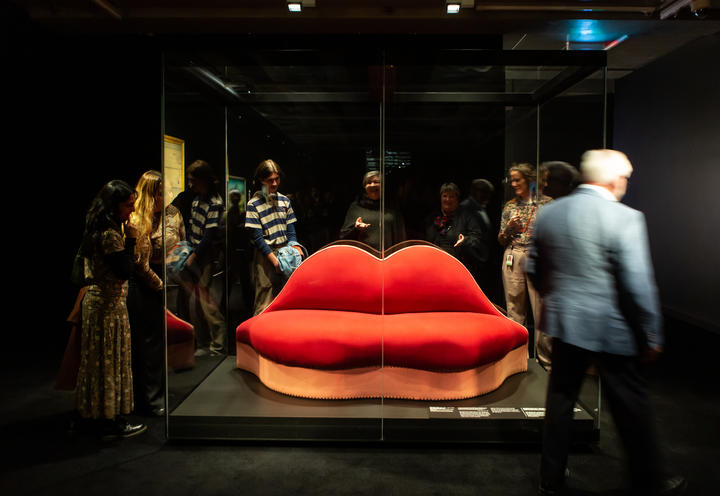 The paintings, sculptures, photographs, films, furniture, books and even sound recordings of live poetry readings are by a roll-call of the major Surrealists, from Salvador Dali to Rene Margritte, Man Ray, Marx Ernst and Leonora Carrington.

You enter the exhibition and are immediately plunged into a kind of unconscious dream state, with thick black carpet under foot and black painted walls, which give the illusion that the paintings are floating in the void, while classical piano (Erik Satie's Gnossiennes) plays in the background.

The only light comes from spotlights over the art works - and the giant glowing perspex box at the end of the room containing Salvador Dali's voluptuous red sofa shaped like the lips of film star Mae West.

Te Papa's modern art curator Lizzie Bisley, who co-designed the exhibition, said that is the essence of surrealism - "fun".

"You know there's something very playful, and kind of humorous and teasing often about surrealism. So I think it offers you this kind of wonderful sense of creative play and the ways in which the imagination can take you to places you might not otherwise go."

The exhibition has been years in the planning, but the advent of Covid-19 delayed it by about six months.

Its co-curator, Els Hoek from the Museum Boijmans Van Beuningen, said the institution launched its bureau of international exhibitions in 2017 with the view of sharing its massive collection with the world.

This is its first official international foray.

Te Papa's team had shown "incredible professionalism, diligence and love toward the art," she said.

"Which we appreciate enormously because it is our very precious collection of course, and we wouldn't want anything to happen to it."

The museum's insurance company will not let them say exactly how much the collection is worth, but it is likely to be several million dollars. 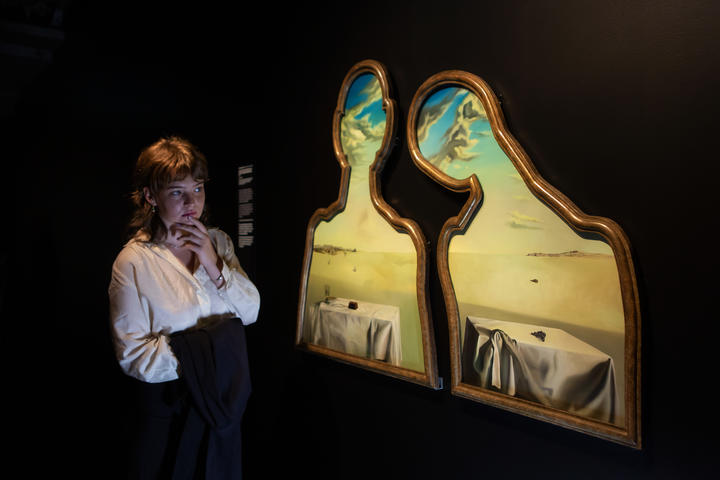 In 2011, Dali's portrait of the French poet Paul Eluard sold at Sothebys for £13.4 million (NZ$26.4 million) - the highest price ever paid at auction for a Surrealist piece.

The surreal prices today were a bit unfair on the artists themselves, who mostly lived lives of grim poverty, Dr Hoek said.

"The people were really poor and having a really hard time to survive in their days, and now it's the opposite. But that also happened to Van Gogh and to Mondrian and that's the system they actually fought against. So I think they would be horrified [by the prices their works fetch now]."

The movement's founders were communists, who rejected capitalism and the rationalism and nationalism of the late 19th century, which in their view led directly to the horrors of WWI.

"And I find that quite inspirational, it's something full of promise as we are also in a moment of great change, when you can think about how you can shift your perspective and look at things quite differently, and the role that art can play in that as well."

The exhibition opens with a quote from surrealist magazine from 1924: "We're on the eve of revolution and you're invited to take part".

Lizzie Bisley said the message was "anyone could be a surrealist".

"Surrealism is open to everyone; it's about a way of looking at the world, and confounding your expectations of reality and changing your view of what the real world is and letting the imagination burst forth. So I think that sense of inviting everyone to join us, join the world of surrealism is quite exciting."

"It's not restricted, it's open, it can be everything in terms of style, material, technique. Surrealism is about having an open attitude - also towards the result. So you can also fail." 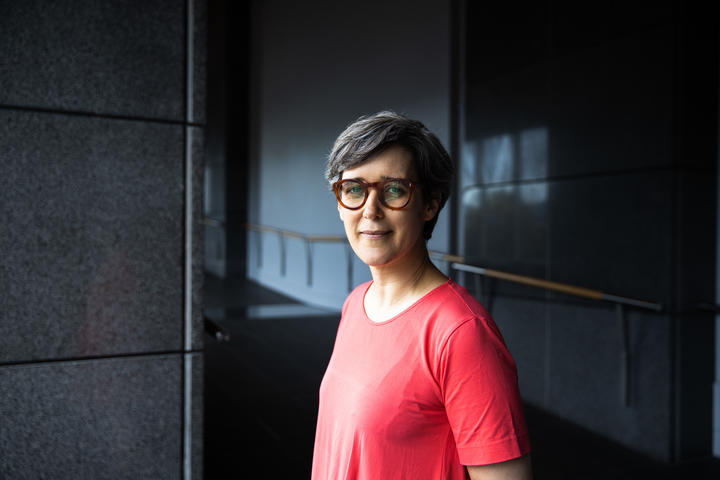 For the first time, Te Papa is offering a youth ticket price, with cheaper entry for those under 26, to make it accessible as possible.

Victoria University art history student India Donaldson said she was "in awe" of seeing the masterpieces in real life.

"Some of it has profoundly shocked me, which I love because I can't look away from it.

"You can really get up close and look at the texture of it all, really get in close to the details."

"In lectures we have a huge photo of them on the screen, but it's not the same as seeing the tangible. You can lean in and see where they actually painted the details, which is quite crazy."

Surrealist Art: Masterpieces from Museum Boijmans Van Beuningen runs from 12 June to 31 October before going to Seoul in Korea and then Mexico City in Mexico.