The Ministry of Education admits it should have done more to test the air at a Lower Hutt high school where toxic mould is hugely disrupting teaching. 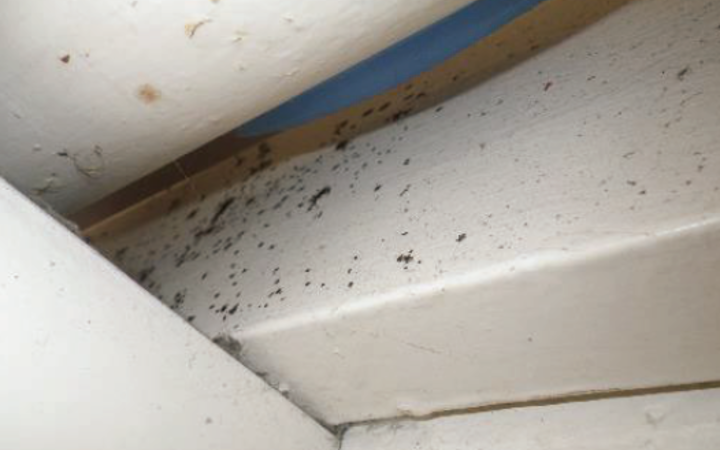 But this admission in a new review does not reveal why officials did not do this at Hutt Valley High School back in 2019.

Tests this year found mould at 27 times safe levels, and a new investigation describes how the roof of 17-classroom block had become a "fungal reservoir".

The ministry under media pressure has released 20 documents showing the high school for years juggled health and safety risks.

The surveys found the property needed recladding to stop its X block leaking. It also found fibre-cement boards with rusted-out nails above an outdoor corridor, posing a danger of falling and peeling steel frames, which warranted a structural engineer to assess these.

Decisions on action to redress the findings were made in the shadow of the escalating millions needed to replace a burned-out tech block, and eroding maintenance-and-cleaning grants, which had amounted to $965,000 over five years.

"The school consistently raised with the ministry that it believed its property funding was insufficient to meet its property needs, including the maintenance requirements," the review said.

The documents show a ministry struggling with priorities when it said there was not enough money, or capability, to fix a host of school property problems, when two thirds of buildings were more than 30 years old.

A broader review is underway now, after which the ministry is expected to advise of "the steps it will undertake to improve its ability to service and manage the needs of the education property portfolio more effectively".

The document dump charted how effective it had been at Hutt High. 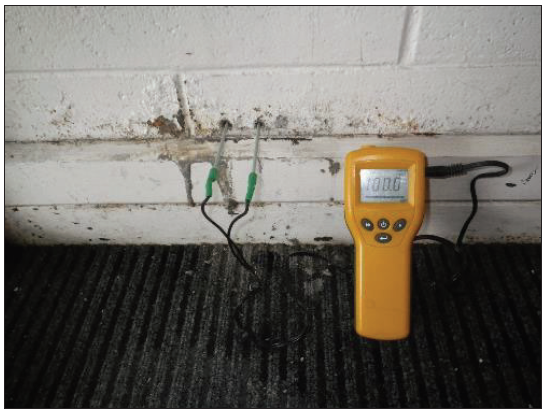 The school was raising worries about C Block since 2015.

Its refurbishment had been planned since 2005.

However, officials also state they had found no record of the school seeking urgent support or funding "to address mould or other urgent health and safety concerns", prior to March 2021.

What funding it did seek kept getting diverted, year after year.

But this reprioritisation was "reasonable", and "normal" for schools , the ministry said.

In May 2020, it criticised the board's lack of "a long-term strategic vision" for property.

C Block remained largely untouched. Then, early this year, after the ceilings came off, the urgency kicked in.

"I can tell you now that staff are upset and frightened and have no faith in the integrity of this building," the acting principal told her board straight after.

Since then, a new assessment has found the rafters are full of "advanced soft rot decay".

"The ... roof is a fungal reservoir and delivery system for stale air.

The circuit-breaker at C Block could have been a 2019 survey ordered by the school.

This recommended air testing across a dozen blocks.

Why such testing did not occur was a "key part" of the April 2021 review, the ministry told the Education Minister Chris Hipkins in a briefing.

"While the [2019] report did not call out an immediate Health and Safety risk, and the school did not raise it as such, it is reasonable to expect that the Ministry in conjunction with the school, would act on this recommendation," the review concluded.

The ministry could have helped the school work out what it needed for maintenance.

The review does not say why this did not happen. The ministry has refused to release its internal communications to RNZ, saying collating them is too large a job.

The school insists it was led to believe the ministry was going to address C Block with dedicated funding.

The review notes the ministry had "governance" duties under health and safety laws, and to look out for employees and people who "visit".

Students are not mentioned much.

But the review then puts the prime responsibility on the school board as the employer.

However, the regulator, WorkSafe told RNZ that the ministry also has a duty to safeguard the health and safety of anyone at a school.

The agency has recently been stressing the dangers of health risks in workplaces, which kill 750-900 people a year.

WorkSafe has a lot of website advice for schools, and said it works on on-off cases.

But "WorkSafe has not carried out a large-scale program of work looking at all schools or school buildings," it said.

All schools should have health and safety reps, and they have legal powers to issue a provisional improvement notice.

They can require a health and safety fix, or force action to prevent a risk in the first place if they see it coming.

There was little evidence of school reps using this power.