A South Auckland principal has rejected the government's school lunch programme, saying it does nothing "for people's mana". Others say it's simply an example of the village raising the child.

In 1975 Milton Friedman, hero of free-market economics, titled his collection of essays There's No Such Thing As A Free Lunch. His contention: The welfare state comes at the cost of creating dependency. 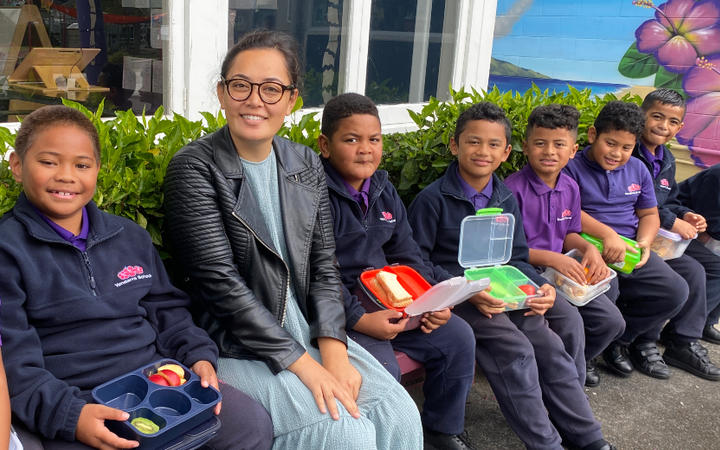 A core value of the school was "rather than giving a man a fish, give them a hand up", Dunlop told The Spinoff. "We don't give out things for free as we don't think it does anything for people's mana".

The school has its own lunch initiative. In 2008, it launched a drive urging parents to only provide students with healthy food, alongside a "no fizzy drink" policy instituted a year earlier.

Dunlop said it had proven to be a huge success and as a result, "99.9 percent of parents" opted not to take up the free lunches programme when it was suggested in a survey late last year.

"When I started here we were a typical decile 1a school," she said.

"There wasn't any healthy food coming into school, and instead there were two-litre bottles of Coke and a bag of chips and that was it. We had hungry kids. They were so badly behaved and attendance was shocking, so we had to do something, and I think as principals, we're paid to make change."

There had been "zero backlash" to the policy, she added. When a new child started at the school, parents were given guidelines of what to buy and over time, the children started bringing full lunch boxes which included fruit and a sandwich.

"We often dumb parents down. But the stories we constantly hear are of parents who go to the supermarket and their children are telling them what they can and can't put in the trolley," she said.

Dunlop was concerned, however, that the school was missing out on much-needed funding that was being put into the lunches programme instead.

"We're saving the government an excess of $1 million over three years, but we're being disadvantaged by helping ourselves," she said. 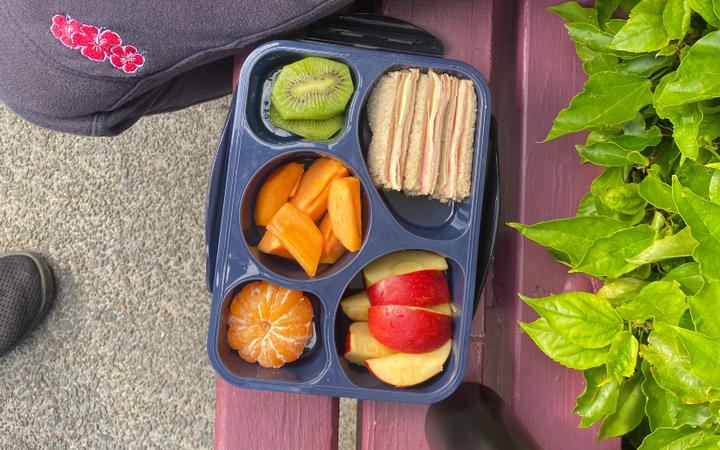 The school lunch of a student at Yendarra School in Ōtara. Photo: LDR / Justin Latif

The case for wider change

For Sir Douglas Bader Intermediate School principal Jerry Leaupepe such considerations had to be balanced against the wider economic opportunities.

"Schools could be treading into waters that are not our area and we need to steer clear of parenting parents," he said.

"I can't play martyr because of my personal view and then deny a kid something, it doesn't sit well with me. And there's always a piece of gold in there somewhere with a programme like this."

While he believed only a handful of families would struggle to provide lunches at his Māngere-based school, the programme could have a wider economic impact for the area, he said.

"Wherever I can, I try and make sure we use local.

"I've made sure our cleaner is a local guy, our uniforms are provided by a local business, a local guy does all our printing, and so we saw this as an opportunity to keep things as local as possible.

"We will flip our whole canteen into a space that allows a team to be paid to be here and make lunches for the kids. They still have to go through a bit more of a process but by term four I believe we can hopefully bring them on."

'It takes a village'

Clarissa Mackay began the Eat Right, Be Bright campaign for free lunches in schools in 2017, and her advocacy not only helped change the government's policy, but also saw her recognised by the Obama Foundation as an emerging leader in the Asia-Pacific region.

International research showed that when a free lunches programme was implemented effectively, it reduced child poverty and increased the economic infrastructure of that community, she said.

"When you look at the United Kingdom and the majority of Europe, they've been doing it for so long that it's not seen as [disempowering], it's just seen as an alternative way for the 'village' to support the child."

She believed the programme should not just be viewed as a free food service, but as another way to increase incomes in low wage areas while at the same time giving local businesses new opportunities.

"The alternative to this programme would have been for the government to give every child $5 per day, per week by increasing the benefits, for example.

"For a family of five kids, the government is essentially increasing their available income by $25 a day but this programme reaches a far wider group of people [not just beneficiaries but also those low wage families]. So even if your principled view is that you're disempowering families, economically this programme is essentially putting $5 a day per child into parents' pockets, to be used elsewhere."

The programme seemed to be operating well so far, Mackay said, but she would like to see some consistency in how it was delivered.

"Each school has had to choose a provider so in some instances this has created an amazing programme that works really well and in other areas, it's really let down the children, so some consistency in those providers, in terms of food quality and healthiness of the food, is what i'm looking for now."