Southland's celebration of all that is salty and slimy is back as the Bluff Oyster Festival returns today after Covid-19 scuppered last year's event. 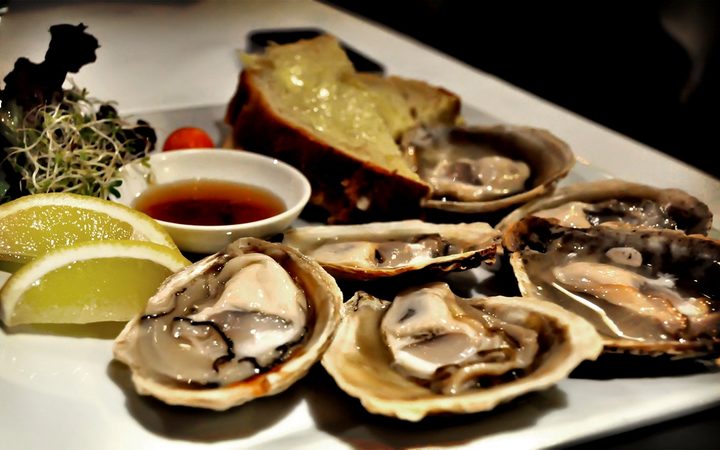 The town's population will more than double as 4000 ticket holders descend.

"It's absolutely a sellout," he said.

"There were 2000 tickets that were sold for last year that couldn't be used, they've been rolled over. And the other 2000 tickets went on sale in February and were sold out within an hour, so the popularity of the Bluff Oyster and Food Festival remains."

People were excited to be back after last year's event was cancelled due to the ongoing Covid-19 pandemic.

"Over the last few years they sell out so quickly and we've got the full house sign up very, very early in the piece. So it's just a tribute to a), the Bluff oyster and b), the Bluff Oyster and Food Festival.

"It's one of our biggest days of the year and not having those people in the community [last year] it was tough.

"With the way 2020 was, it was a tough old year anyway and then to add that on top - just like the rest of the country - it was very tough times but we've got a pretty committed committee and we're back and looking good."

The event was an economic boon for Bluff and the wider area, Beer said.

"There'll be a huge population boost and a huge economic boost and not just for Bluff.

Most importantly there were plenty of oysters available so everyone could get their fill, he said.

For those who secured tickets, the gates opened at 10.30am this morning.

Meanwhile, scientists are testing thousands of oysters as part of the government's biosecurity response to a deadly oyster parasite found in Foveaux Strait.

In March during routine surveillance three wild oysters were found to be infected with Bonamia ostreae.

The parasite does not pose any food safety risk but can kill flat oysters, putting the entire Bluff oyster trade at risk.

The Ministry for Primary Industries has now commissioned scientists at Niwa to test about 2200 oysters across 15 sites on the Strait to better understand the extent of the recent threat.