The annual Bluff Oyster Festival that was to be held in May is now off the table. 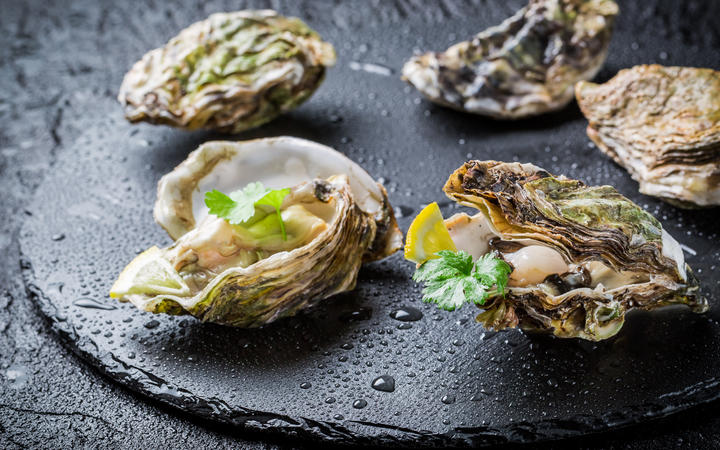 The festival was unlikely to be out of pocket by much from the decision to cancel. Photo: 123RF

The festival committee decided at a meeting on Wednesday night to cancel the event, due to restrictions imposed on public events by the Covid-19 pandemic.

The government has advised that public events or mass gatherings of 500 or more people should be cancelled.

The Bluff Festival promotions officer Lindsay Beer said it was a sad decision to cancel, but the focus now was on arranging ticket refunds or ticket roll-overs to next year.

"We're talking in the region of 4500 (tickets). The festival's a huge success and hugely popular and each year it's sold out by the beginning of February.

"That was the case again this year, and 4500 tickets is a capacity crowd."

The Bluff Oyster and Food Festival showcased a variety of seafoods including crayfish, pāua (abalone), scallops, salmon, blue cod and whitebait. For the non-seafood lovers there was also muttonbird, venison, lamb, beef and pork with a sideshow of southern ales and a selection of New Zealand wines.

Beer said the cancellation would likely make a reasonable dent in the local economy.

"There have been various surveys and one of the figures touted in years gone by is it's probably worth $4 million to the Southland economy with people coming in, booking accommodation, travelling around and seeing other parts of the province.

"It will be a knock to the economy of the south but throughout the world economies are taking a bit of a hammering."

He said the festival was unlikely to be out of pocket by much from the decision to cancel.

"The committee has made the decision at a point in time when not a lot of expenditure has gone into it, so we're in a fortunate position that this has come close the government announcement on public events.

"It's not the worst scenario."

Beer said the oysters and seafood that were to be showcased will now go straight to the market.

"Basically this year we have our catch for the festival and it will now just go to market, as it would without a festival existing.

"There certainly won't be any waste of seafood but there just won't be that one great day in Bluff to celebrate the wonderful seafood and oysters we have here."

Beer fully expected the festival to be back in 2021.