New Zealand has eight new cases of Covid-19, all related to overseas travel, the Ministry of Health has confirmed. 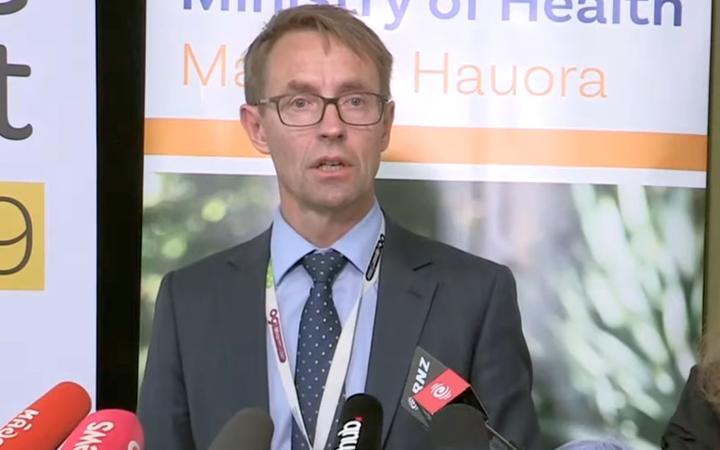 It brings the total of confirmed cases in New Zealand to 20.

Speaking at the latest media conference, Director-General of Health Ashley Bloomfield said there are four new cases in Auckland, one in Christchurch, two in Waikato and one in Invercargill.

"We expected more cases and it's most important that we identify, that we test and isolate cases and close contacts to ensure that we prevent further community spread," said Dr Bloomfield.

He said the new cases have been in self isolation and aware of the symptoms. He commended them for doing the right thing.

About 150 students at Logan Park school which was initially closed for 48 hours last night will be tested over the next 24 hours.

Test results for these close contacts will not be available until Friday, and the school will stay closed until further notice.

Secretary of Education Iona Holsted said there was a plan in place for Logan Park High, and the Health Minsitry was planning for temporary closures of schools, but not long-term closures.

Dr Bloomfield said police had conducted some compliance checks on travellers who have arrived since the self isolation policy came into effect. He said they had made contact with 41 individuals yesterday and they were following up with three more today.

The influenza vaccination program will begin early this year, with a 30 percent increase in tests, Dr Bloomfield said.

Infectious diseases expert Michael Baker this morning called for New Zealand to close all schools until testing could confirm there was no widespread community transmission.

The government is spending an additional $5 million on increasing testing capacity for the Covid-19 coronavirus as part of its $500m spend to tackle the impact of the virus on the health system.

Australian Prime Minister earlier announced a level-4 travel ban for the first time in that country's history, saying no Australians should travel abroad and he has banned non-essential gatherings of more than 100 people.

New Zealand's Ministry of Foreign Affairs and Trade has also called on New Zealanders travelling overseas to return home, and advised against all non-essential travel.