New Zealand On Air has admitted it failed to offer adequate support to a staff member who was assaulted by an award-winning musician in 2017. 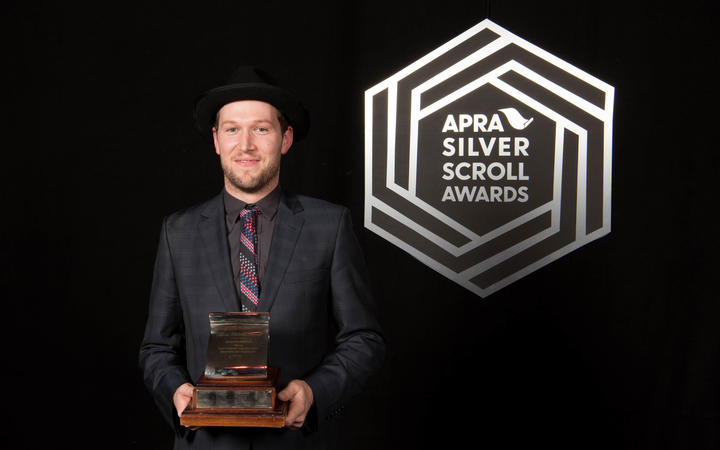 Singer-songwriter Thomas Oliver has admitted grabbing a woman by the neck after a music awards show four years ago - an incident witnessed by a former RNZ Music employee at the time, who then intervened.

In a statement to RNZ, the crown funding agency New Zealand On Air said it "became aware of an assault by a male musician on a female staff member shortly after it took place in 2017".

"At the time, we believed we were responding appropriately but we now understand we should have done more to support our staff member in subsequent months, until she ultimately left us almost two years later."

The employee who was grabbed said in a social media post that her former workplace encouraged her to meet with Oliver after the attack because they would have to work together, although she felt "sick" at the prospect.

"As an organisation that is working hard to support and encourage more women into the music industry we realise our response at the time did not live up to what we would now expect, and have reached out to our former staff member to offer a sincere apology," the agency said.

"We now have clearer processes in place to respond to such incidents.

Since the assault, New Zealand On Air has funded videos and songs by Oliver on two occasions, with total funding of about $16,000.

The agency said funding decisions were made by an industry panel which included one NZ On Air representative.

The original assault was revealed in a series of social media posts.

According to the original post, the woman who has worked in the music industry for years said she had known Oliver for a long time and was speaking to him at the afterparty of a music awards event in 2017, when he asked her if he could kiss her.

She said no. Later she as was leaving he chased her down the street yelling and pinned her by her throat against a wall so she could not breathe.

The woman said in the following days, Oliver called and messaged continually, and she told him "it's fine, don't worry about it" in the hope that he would leave her alone.

He flew to Auckland to see her. She said she felt sick.

Her employer "encouraged" her to meet with him because they would have to work together in some capacity.

During the meeting she said "he mostly mostly explained how he was in such a bad state and manipulated me into feeling bad for him".

In a post on Facebook - that has since been taken down - Oliver admitted grasping her by the throat.

He said he was "blackout drunk", had no memory of what happened, and he had pieced it together after speaking with the woman and the RNZ Music employee.

He took responsibility for his actions, which were "completely unacceptable" and that he was deeply "regretful", "remorseful" and "sorry".

He tried to support her as best he could but eventually left her alone after she told him she needed space, he continued.

He said he was sad to learn she viewed his initial reaction as an attempt to manipulate her into feeling bad for him. "This is not my truth".

The incident prompted him to quit drinking, he finished.

"This situation is not about my feelings and alcohol is not an excuse. What I did was inexcusable, and it doesn't warrant an explanation. "

He said he was stepping away from music for the foreseeable future.

The RNZ employee, who witnessed the attack and intervened, told his colleagues at RNZ Music at an editorial meeting within days of the incident.

Staff made an editorial decision not to play Oliver's music on the radio for the time being, but the decision was never referred to the senior leadership, nor shared with the rest of the organisation.

A RNZ spokesperson said colleagues offered support to the staff member involved, but did not contact the authorities.

"It was considered most appropriate that the person affected (and / or her employer) be the one to decide how to respond to the incident."

Since 2020, Thomas' music has been played on RNZ at least seven times.

RNZ Music has also hosted and promoted his music and videos at least four times.

And he has also been interviewed on RNZ programmes at least twice.

Oliver won a Silver Scroll award in 2016 for his song 'If I Move to Mars'.