One in five children are living in households where food can run out, and one in three are living in unaffordable housing, according to the latest child poverty indicators report. 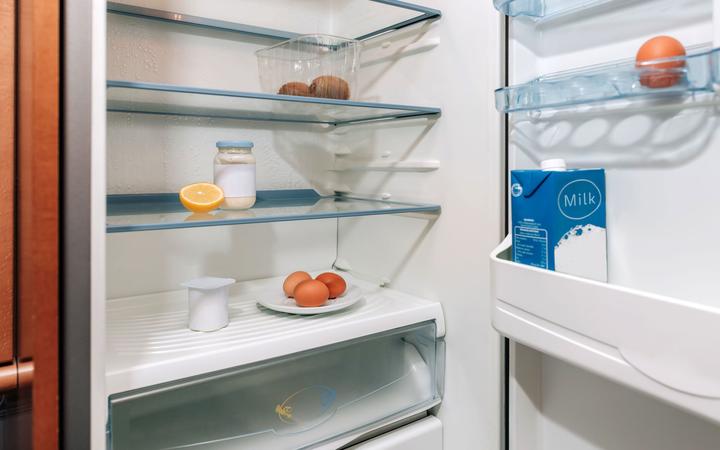 While the report, for the year to June 2020, shows downward trends across some of the key indicators, there are no significant shifts in the figures.

That's despite the fact the Prime Minister - and Minister Responsible for Child Poverty Reduction - Jacinda Ardern has made lifting thousands of children out of poverty one of her key priorities.

Official statistics out earlier this year showed there were significant decreases over the last two years - prior to Covid-19 - across five of the nine measures of child poverty.

The report out today showed that across most of the five indicators - housing affordability, housing quality, food security, school attendance and potentially avoidable hospitalisations - Māori, Pasifika and disabled children are more likely to experience the worst outcomes.

The proportion of Māori and Pasifika households where food runs out sometimes or often was 30 and 46 percent respectively.

As rents soar, Robinson said the pressure goes on other essential costs.

"The people who come here to the Auckland City Mission tell us time and time again that food becomes one of the last items on that list, so it's really the discretionary items because it has to be. People on limited incomes really have very little choice."

But the situation was likely to get worse because of Covid-19, Robinson said.

The number of people in need of food parcels had not dropped back to pre-pandemic levels, she said.

Robinson said significant increases were needed to benefits, to make a real dent in the statistics.

Ardern said there was more work to do to reduce child poverty, but she said the government acted swiftly to put more support in place when Covid-19 hit.

Māngere East Family Service chief executive Peter Sykes said it had not made much of a difference in Māngere.

It was particularly acute for Māori and Pasifika who, he said, were not getting the support they needed to turn the statistics around.

Across the other indicators, there were other disparities.

While about 65 percent of students are attending school regularly, for Māori and Pasifika children this figure is about 50 percent.

The report suggests there is a downward trend in the percentage of children living in poor quality housing.

About 7 percent of children were living in houses with a major problem with dampness or mould - but for Māori children this figure was 11 percent and for Pacific Island children it was 17 percent.

The rate of potentially avoidable hospitalisations has been decreasing, and now sits at 49 per 1000 children for the year to June 2020.

The rate was higher for Māori and Pasifika children, at 56 and 72 respectively.

The report includes a mix of pre- and during Covid-19 data.

The separate Child and Youth Wellbeing Strategy report showed while most young people reported feeling good about the health and family wellbeing, 20 percent of 18 to 24-year-olds experienced discrimination in the last year, while 6 percent of secondary school students said they were bullied very regularly.

Ardern said too many children are living in low-income households, or are experiencing racism, bullying or violence.

"Many of the issues facing children, young people and their families are complex, stubborn and intergenerational, so we know change will take time, and will require sustained action across government and across our communities," she said.

"While it is too soon to assess the longer-term impacts of Covid-19, we know it has given rise to major challenges in the lives of our most vulnerable."

She would not comment on what more support there could be for struggling whānau in next week's Budget.