Opinion - Tackling child poverty is like climbing a mountain that gets steeper with every step: easy at first, far harder as you enter the final push. So although the government should be cheered by yesterday's child poverty statistics, it must realise the scale of the task ahead. 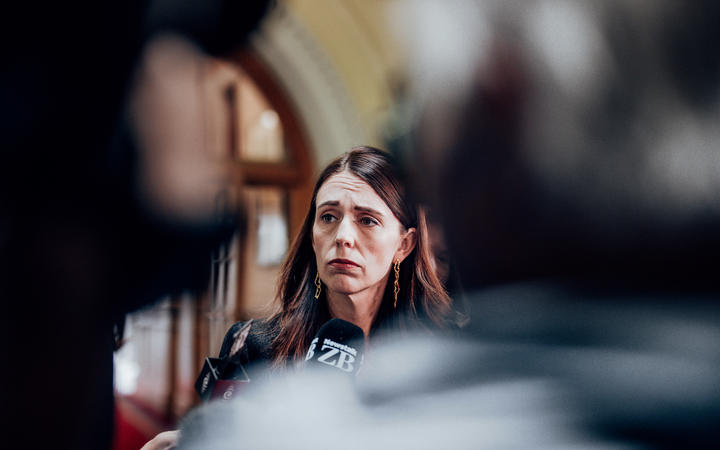 In the two years since Jacinda Ardern's policies began to take effect - that is, from mid-2018 to just before last year's lockdown - child poverty fell on every single one of the nine measures the prime minister has set for herself.

Take, for instance, the proportion of children living in households with less than half the typical (median) income - households, in other words, who cannot afford the things necessary to participate in mainstream society and live with dignity. That proportion has fallen from 16.5 percent in 2017-18 to 14.6 percent in 2019-20.

Looking at the same measure but after housing costs have been included, the fall has been from 22.8 percent to 18.2 percent. That's 45,000 fewer children in poverty.

Consider, too, material hardship - the proportion of children in families who report they struggle to afford basic items like heating and decent clothes. That has fallen from 13.3 percent to 11 percent.

These are real achievements, and the government should be congratulated for them. Fewer children in poverty means less misery, less stifling of talent, less of a long-term burden on the public purse.

So is Ardern on track to meet her much-publicised child poverty targets? On a crude, straight-line projection, the answer is essentially yes.

Most problematic is next year's target for just 10 percent of children to be living in households with less than half the typical income, which looks set to be missed badly. But even on that measure, the 2027-28 target looks achievable.

On the measure that accounts for housing costs, the government has met its 2020-21 target (a reduction to 19 percent) a year early, and the current average reduction of two percentage points a year would see it meet the 2027-28 target of 10 percent with room to spare.

Material hardship, meanwhile, has been falling on average 1 percent a year, enough to meet next year's target of 10 percent and the 2027-28 target of 6 percent, if the average results so far are projected out on a straight line.

The future is never a straight-line affair, though. And there are at least four reasons to think that the longer-term targets might still be missed.

The first, of course, is Covid-19. The virus's economic fallout will have depressed average incomes, ironically making it easier to lift poor families closer to the middle. But the spiralling queues for food parcels suggest that extreme poverty, at least, may increase.

The second is that much of the reduction to date came in Ardern's first year, between 2018 and 2019. After that initial bump, partly the effect of the $5.5 billion Families Package, many of the measures actually got worse between 2019 and 2020. Even before Covid, progress was stalling.

Third, it is not clear what the government will do to help some of the worst-hit communities. Child poverty rates for Māori and Pacific peoples can be twice or even three times those for Pākehā. More positively, though, Māori children made up half of the most recent fall in material hardship numbers. Poverty rates are also much higher for children with disabilities.

Finally, and perhaps most problematically, the mountain to climb only gets steeper from here.

Ardern claimed yesterday that over 100,000 families were on average $100 a week better off thanks to her government. This is excellent, if true, but will only have been sufficient to lift over the poverty line those who were relatively close to it already. As the 2018 Welfare Expert Advisory Group calculated, many families would need $200 or even $300 a week to be raised out of poverty.

Each 'new' group of families to be lifted out of poverty, in other words, will cost more to help. They are also more likely to suffer multiple, overlapping issues - drug addiction, loan-shark debt, abusive behaviours, unstable living conditions - that will make it harder for them to convert extra cash into sunnier futures.

This makes the lack of a follow-up to the Families Package all the more troubling. Ministers like to talk about "radical incrementalism", the progressive realisation of demanding goals. But that implies that the Families Package should have been followed by something even more significant, something big enough to help the harder-to-reach households and genuinely keep the government on track.

So far there have been no major policy moves this term, and issues like the housing crisis are only making things harder. It is not clear that the government has either a coherent plan for meeting the 2027-28 targets or an estimate of the likely cost. Ardern and her colleagues can bask in the glow of some good first moves, but the future looks less rosy.