A Wānaka helicopter company is facing two charges under the Health and Safety at Work Act over a crash that claimed three lives. 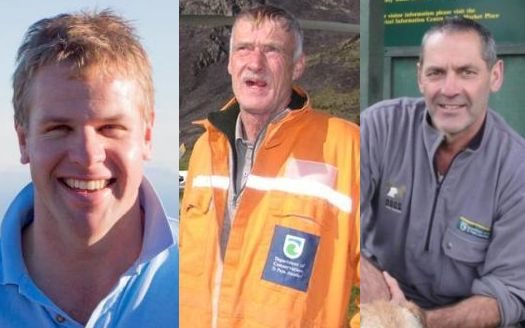 The three men who died in the helicopter crash near Wānaka Airport (from left) Nick Wallis, Paul Hondelink and Scott Theobold. Photo: Supplied

An interim report from transport investigators found evidence the chopper crashed in 2018 when a pair of over-trousers flew from a cabin and became caught in a tail rotor.

Owners, the Alpine Group, were charged by the Civil Aviation Authority in the Queenstown District Court yesterday, for failing to comply with their duties.

The crash happened just three months after another which claimed the life of Nick Wallis' brother, Matt Wallis.

The case was next due to be heard in September.