More than 20 families remain without a home after the horrific floods in Napier six months ago.

Patience is wearing thin for some. 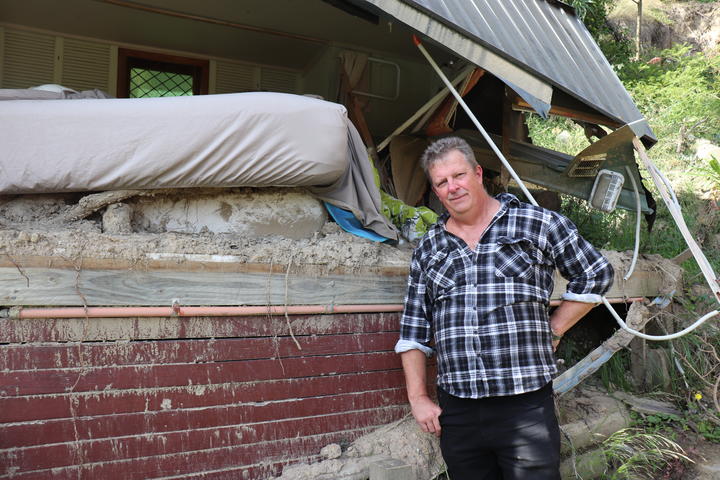 The sleepout at Paul Matthew's home on Mataruahou (Napier Hill) still remains damaged as with the rest of his home, six months after the floods. Furniture has not been moved since the day. Photo: RNZ / Tom Kitchin

From the front of the street Paul Matthews' house on Mataruahou (Napier Hill) looks absolutely normal but from the back, it is a wreck.

A slip on 9 November last year, the day of the floods, significantly damaged his home.

"It's taken out the wash house, the bathroom, the kitchen, the outside storage shed and the outside tool shed and all the garden and retaining walls and everything that were down here is under six feet of mud," he said.

During the floods, he had to rescue a friend staying in a sleepout at the back of his property and two children were in his bathroom 10 minutes before the flood.

He feared four people, including himself, could have died.

The mattress and items in the sleepout are still there today.

Inside the house, it remained just as bad, he said.

"The sewage and the mud have flowed through into the house, it's gone into everywhere, into the house, all over the floor, up the walls, we're six months after the event and now it's been sitting here for six months." 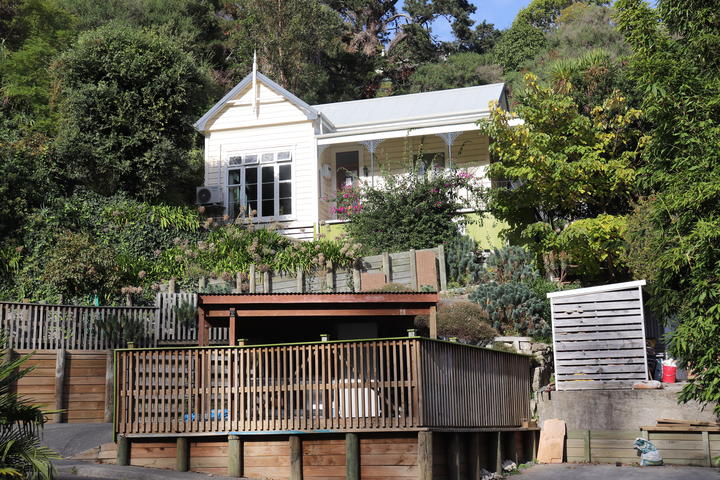 The front of Paul Matthew's home looks normal, but he says from the back it is a wreck. Photo: RNZ / Tom Kitchin

"The thing I have learnt is when you're in a catastrophe like this, there's no guidance or system provision for you who's in the middle of a catastrophe to how do you do this. You have to do it on your own and find your own way, so you become a project manager of your own catastrophe."

He said Fire and Emergency, Civil Defence and EQC told him his house had the worst damage in the floods. 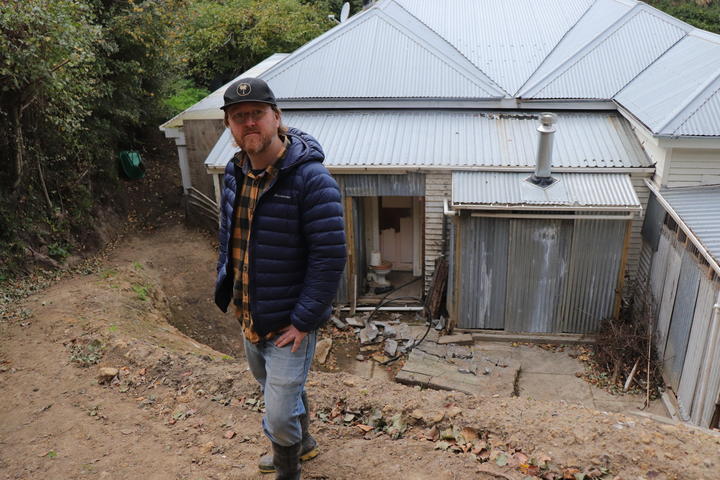 Six months ago, this was a slip but now Freeman White stands at the cleared area of his home. Photo: RNZ / Tom Kitchin

Artist Freeman White spent a decade doing up his beloved turn of the century villa, also on the hill.

On the day of the floods, a large slip tumbled into the back of the house, smashing into the bathroom.

He, his wife and two young children had to move eight times since the floods and will have to move once again.

"Because we didn't want to sign a long-term lease it was quite difficult. Once we explained our situation, basically landlords didn't really want to know," he said.

He said the slip had been cleared but there was still no finish date for the repairs. They had hoped to be back home before the end of the year but that did not now seem likely. 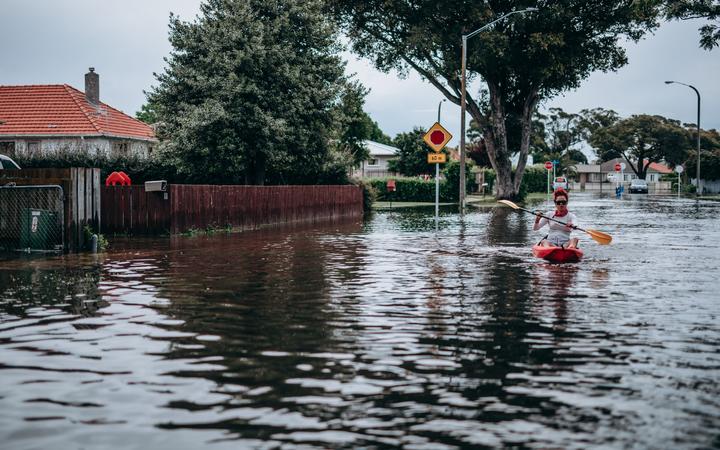 He was certain they would call it home again eventually, however.

"Because the time frame's kind of been pushed out longer, we'll actually got to move again so it's been pretty disruptive I'll have to say that."

"The house has not moved on its foundations, the main structure of the house is fine. So it's going to live to be our family home again, which is probably the most important thing."

Patrice Monk, who is waiting for her home in the suburb of Pirami to be fixed, remembered trying to evacuate on the day of the floods, with water around her shoulders.

"Once our ute left the driveway and went to the road, the tyres were not touching the ground."

She returned to find the property a complete shambles.

"When I came back two days later, there was period pads - used period pads - all in the garden, that had probably been overflown from the drains or had been flushed down the toilet at some point by somebody and there was floating faeces from probably animals and humans."

She had stayed at the local council campground, Kennedy Park, since December.

"It's nice for a three-night stay but like I said, it's not a place that you would want to stay in for seven months or more. Like the staff are awesome and everything, but our unit's quite small, so you don't have the same cooking facilities as you would at your own place."

Napier City Council said two roads were still shut and steps were closed around the hill.

The ministry received 103 registrations for temporary accommodation, with 73 of them now closed because they had moved home, had private rentals, or were no longer eligible or needed the service.

The floods were the most costly natural disaster for New Zealand's insurance industry last year, with $87.7 million so far paid out in claims.