It will be six months this weekend since a one in 250-year flood wreaked havoc in Napier. While some have returned to home and work, many are still facing hurdles. 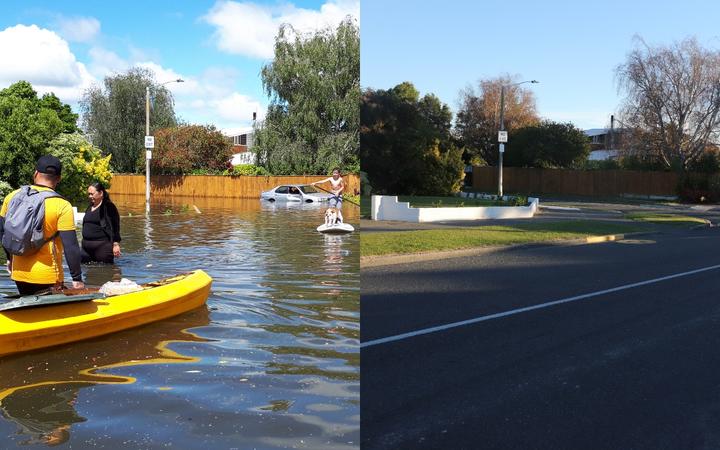 The corner of Nuffield Ave and Balance Pl in Marewa after floods hit the Napier suburb in November, compared to a normal day Photo: RNZ/ Tom Kitchin

Some people are living at home while their houses are still in states of disrepair, others are working from flood-damaged buildings, still waiting for repairs to begin.

Nuffield Ave in Marewa was one of the worst-affected areas.

The ground floor of David and Mihi Ayliffe's two-storey home was seriously damaged and only about half the work has been done so far.

"I just turned into Nuffield Ave and I just drove into a raging torrent and the water was coming up over my bonnet." 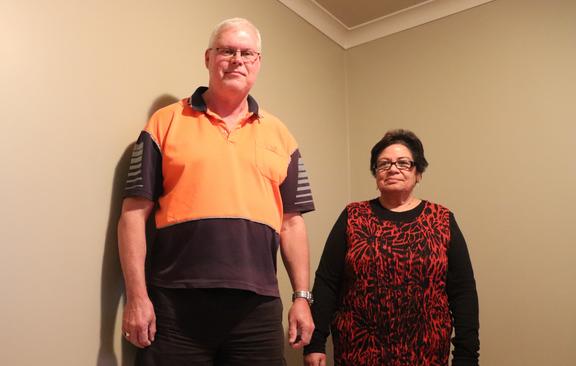 David and Mihi Ayliffe are still waiting for repairs to be done on their flood-damaged home Photo: RNZ/Tom Kitchin

He managed to get home and his car was okay, but another two family vehicles fared worse.

"My sister-in-law's car is parked in the alley, and my old car. They were both water damaged and her car, she'd only had it for a week and it was written off."

He did not replace his car. Instead, his attention turned to the ground floor of his two-storey home.

Six months later the work has not finished.

"A lot of our stuff has been shunted to the middle, the walls have been opened up so they can be dried out, the carpets have been removed, even the garage was carpeted. Everything is totally dry now fortunately, so we're just waiting for the builders to come and put everything back together. We were surrounded completely by water, it was like a moat."

Tradespeople came in to start the work, removing the carpet, some of the walls and drying the place out.

For two weeks, the Ayliffes had to live with industrial dryers and dehumidifiers going 24/7.

But no work has been done in about four months. 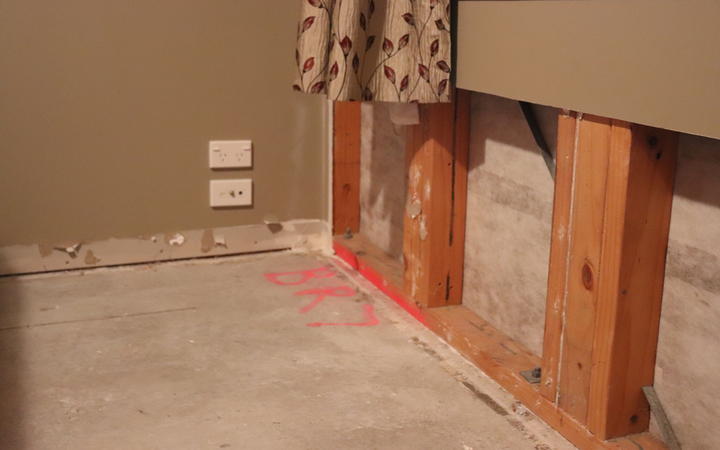 Mihi's sisters live downstairs, which she said was a problem with winter approaching.

"I wish it was fixed now, and it's getting colder now so they're sleeping with concrete floors and no walls, so it's very difficult."

A few blocks away in Barker Rd, Tracey Tasovac is finally back at home.

She remembers the water streaming through her house on 9 November. 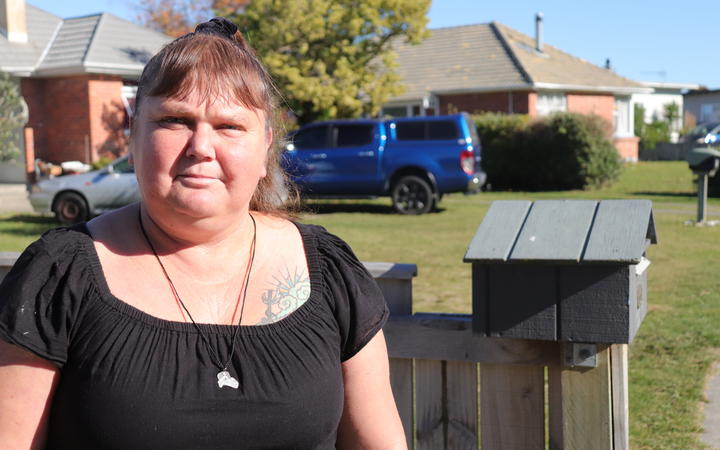 Water was up to the level beside this neighbouring letterbox to Tracey Tasovac’s home Photo: RNZ/ Tom Kitchin

Tasovac moved back in about a month ago after staying at a family friend's house while repairs were done.

She said it took longer than anticipated.

"We were told the end of February we'd be home and there was lots of delays with finding a painter to come in, the kitchen turning up, I think all the carpet and everything was all ready, it was just for when that came in and I take it there might have been issues with the builders putting all the gib back on and re-insulating under the ground again." 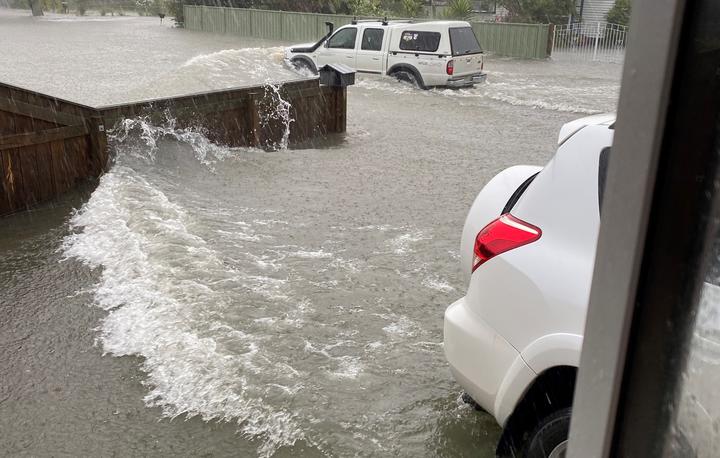 Andrew Beck is the head chef at Rock My Belly, a restaurant in central Napier.

He was waiting for work to be done, but had not let it put him off opening his doors, even with a hole in the ceiling and warped floors.

"In the morning, you've got to walk round the floors to make sure they stop cracking and creaking, kick them all together," he said.

"We want the shop back to normal." 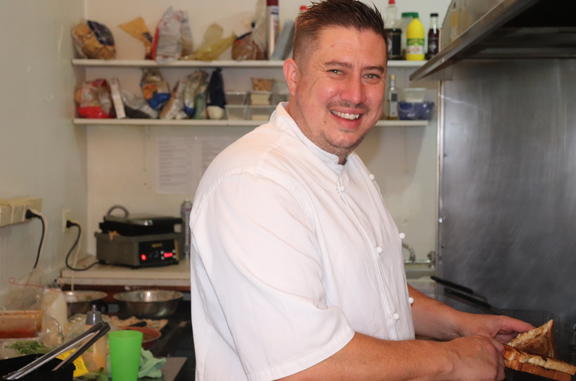 Rock My Belly co-director and head chef Andrew Beck is waiting for repairs at his restaurant Photo: RNZ/Tom Kitchin

New information from Napier City Council, released to RNZ under the Official Information Act, shows how stretched the city's services really were.

By 7.30pm on the night of the floods, the council had received more than 700 phone calls.

By 10pm, firefighters had 260 logged calls but had only attended 60.

An independent multi-agency review, managed by Hawke's Bay Civil Defence, is due to be finished mid-year.