The Lake Dunstan Trail in Central Otago has officially opened this morning. 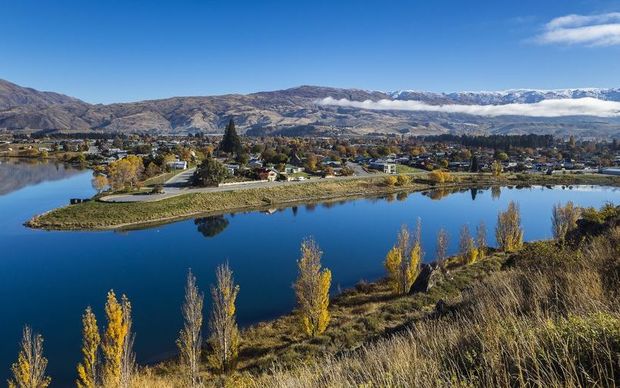 While 30km of the trail linking Bannockburn to Smiths Way are already open, this morning Waitaki MP Jacqui Dean will cut the ribbon on the track and allow the first cyclists through on the 25km stretch from Clyde to Bannockburn.

However, it would only be open to one-way traffic today due to the numbers expected.

Central Otago Mayor Tim Cadogan said the trail would be a boon for the district.

"I think once word gets out of what the Lake Dunstan Trail is like, we're not going to know ourselves," he said.

"It's going to be simply the most spectacular bike trail in New Zealand, if not the Southern Hemisphere. And people are absolutely itching to get on it."

Watching construction of the trail taking place on the opposite side of Lake Dunstan had created something of a traffic hazard for motorists travelling along State Highway 8, he joked.

"It is just so spectacular," Cadogan said.

"We've got, I call it, a miniature Golden Gate Bridge; we've got clip-on bike tracks that just hang over the edge of the cliffs; there's magnificent views to be had from the top, I'm sure. It is really something special and we just can't wait to share it with the rest of Aotearoa New Zealand."

"It will be an awesome cycling experience in a spectacular setting, and another drawcard to attract people to the district and connect with the Great Rides in the region," Nash said, of the Dunstan Trail.

"Today's milestones for the two cycle trail projects are testament to the efforts of local businesses, individuals and charitable trusts. The wider communities of the Wakatipu and Cromwell Basins have given untold hours of volunteer labour and significant financial contributions, and have been a driving force behind the projects."

The Lake Dunstan Trail is the first of five projects that will eventually link the four Great Rides in Central Otago, and connect Queenstown, Arrowtown, Wānaka, Cromwell, Clyde and Alexandra to create a 550km network of cycle trails, to be known as the Central Otago Queenstown Trails Network.