The government is to spend $770,000 to improve trails in the country's cycle network. 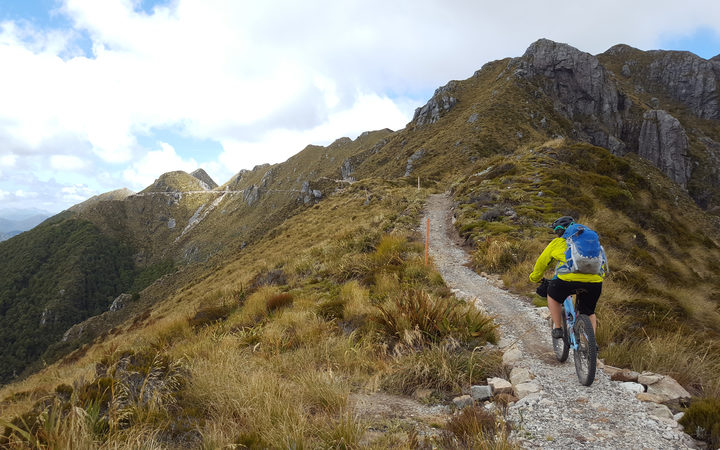 The 85km Old Ghost Road on the West Coast is one of 11 tracks to benefit from the funding. Photo: RNZ / Chris Bramwell

The money will be used for the upkeep of 11 tracks in Nga Haerenga / the New Zealand Cycle Trail.

Tourism Minister Kelvin Davis said a range of work would get under way including safety and signage improvements, upgrading trail surfaces and replacing bridges.

More than one million people used the tracks each year, he said, and the trails showcased some of the best parts of New Zealand for tourists and residents.

The cycle network is made up of 2500km of tracks throughout the country.

The investment comes from the ninth round of the Maintaining the Quality of Great Rides Fund, which aims to ensure New Zealand's premier rides are maintained to world standards. The next round is expected to open in early 2019.

Trails to receive funding are: